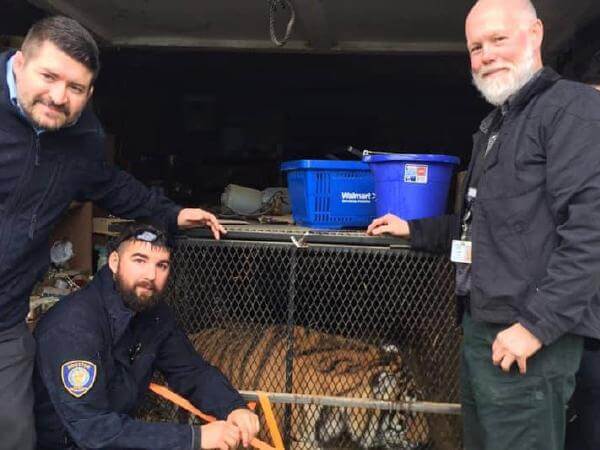 Yesterday, a Texas man who entered an abandoned home to smoke some weed, found a tiger in the garage, authorities said.

The man, who was not identified, initially believed he was hallucinating when he found the female tiger in a “rinky-dink” cage, police said, according to the NBC affiliate KPRC.

The garage, in a home southeast of central Houston, was secured only with a screwdriver and a nylon strap, the station reported.

It wasn’t immediately clear who the tiger belonged to.

An agency spokeswoman, Lara Cottingham, told the Houston Chronicle that a wildlife refuge would take the tiger on Tuesday.

Check out the video for more information!