These States Are Voting on Weed Legalization this November - International Highlife 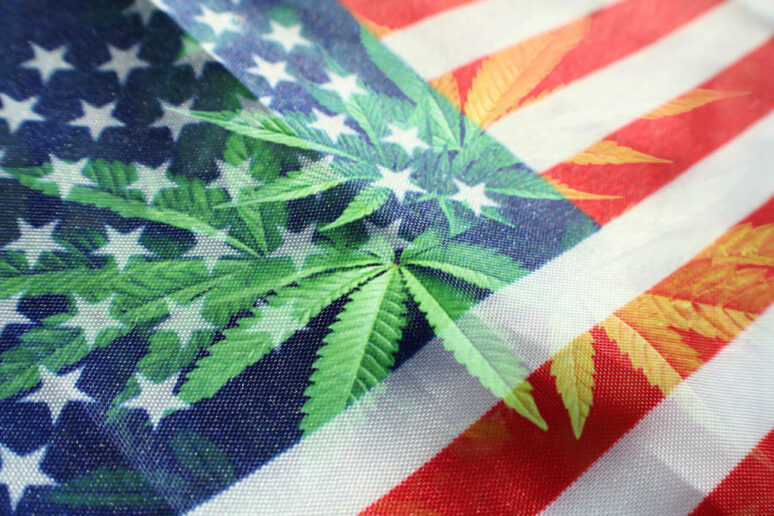 These States Are Voting on Weed Legalization this November

Next month will be a crucial one for the United States. Americans across the country will head to their local voting booth or mail in their ballots to decide who’ll lead this country for the next four years. But not only that, people in different states can decide whether weed will be legalized for either medical or recreational purposes or both.

Here are the four states guaranteed to be voting on weed in November.

Other than New Jersey, the other adult-use cannabis measure that looks to have a good chance of passing is Arizona’s Proposition 207.

With the new measure, people in Arizona’s aged 21 and over will be allowed to possess and use cannabis. The state will put a 16% tax on the sale of cannabis, in addition to already existing taxes.

This is not the first time Arizona tries to legalize recreational cannabis. Proposition 205 fell short in Nov. 2016, with 48.7% “yes” votes. History has proved kind to states that attempt to pass an adult-use cannabis measure a second time, with California and Oregon both succeeding after initial failures.  A survey from OH Predictive Insights released in early July found that supporters outnumbered the opposition by nearly two-to-one (62% yes to 32% no).

Back in December 2019, New Jersey became the first state to guarantee that there would be a cannabis initiative on its November ballot. Interestingly, New Jersey appeared to be very close to legalizing recreational cannabis at the legislative level during the first quarter of 2019. However, momentum for a legislative approval was derailed by a late push for certain social reforms.

Known as Public Question 1, Garden State voters will be asked to support or oppose the constitutional amendment that would legalize the possession, use, production, processing, and sale of cannabis to persons aged 21 and older. According to a poll from DKC Analytics released in late July, close to 68% of respondents either strongly or somewhat supported legalization.

Montanans will actually be approached with two cannabis questions on their November ballot. Montana CI-118 is an initiated constitutional amendment that, if passed, would allow the legislature to establish a minimum legal age for the possession, use, and purchase of cannabis, which would be 21.

Secondarily, but more in focus, Montana’s residents will be voting on I-190. This measure aims to legalize adult-use pot for those aged 21 and over, imposes a 20% tax rate on legalized cannabis sales, and requires the Department of Revenue to develop rules that would guide businesses. Additionally, persons currently incarcerated for marijuana offenses may be eligible for resentencing or to have their conviction expunged if I-190 becomes law.

According to a February survey from the University of Montana, 54% of the nearly 500 people questioned favored legalizing adult-use pot, which was up 3 percentage points from the previous years’ survey.  It looks like this will be a close one.

The Mount Rushmore State is set to make history come Nov. 3. South Dakota is the first state to pass medical marijuana and recreational cannabis measures on the same ballot.

First, South Dakota residents will be asked to support or oppose Measure 26, which would create a medical marijuana program within the state for patients with defined debilitating medical conditions.

There’s also Constitutional Amendment A, which like those recreational initiatives mentioned above, would allow persons aged 21 and over to possess, use, and buy cannabis at the retail level. There would be a 15% statewide tax on recreational purchases, with the State Department of Revenue ultimately responsible for issuing cultivation and retail licenses. What’s more, the State Legislature would be responsible for creating a medical marijuana program and hemp industry guidelines by no later than April 1, 2022.

It’s tough to say how a recreational measure will be fair in a traditionally conservative state, but nationwide support for medical cannabis is higher than ever. Of the two ballots initiatives, Measure 26 looks to have a good chance at passing.