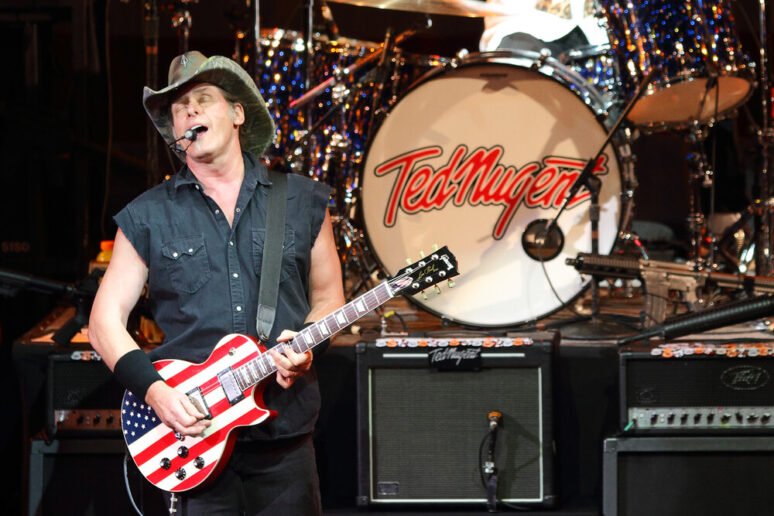 Famous musician, Ted Nugent has made a bold statement declaring that Canada is “absolutely crazy” for legalizing cannabis.

During his interview on “Rock Talk with Mitch Lafon,” Nugent declared that throughout his life he has “never seen a positive outcome from someone getting high.” Following the legalization of cannabis in October, Canada took pole position as the highest-profile country in the world to facilitate the growth and distribution of cannabis for both medicinal and recreational purposes. And while several states in the U.S have legalized the use of weed in one form or another, it remains illegal at a federal level.

When Nugent was asked if he would be pro-legalization of cannabis throughout the U.S, he said he thought that Canada’s Prime Minister, Justin Trudeau, was “comfortably numb” and that endorsing the recreational use of pot was a stupid decision. He went on to add that he has never witnessed a positive outcome as a result of getting high on cannabis.

In the same interview, Ted went onto say: “Whom do you want high? Your babysitter? How about your kids’ school bus driver? How about your pilot? How about your dentist comfortably numb? How about the cops high? “It’s unbelievable that you could witness the heartbreak and destroyed lives from people being comfortably numb and high, and the loss of life and the loss of dignity in the tragic vapor trail of substance abuse, and then actually pursue it.” And while Nugent claims to be pro-cannabis in a medical context, he believes that it should only be given to patients who need it. This is because, in his opinion, legalizing cannabis for recreational use will only lead to heartbreak and pain for families across the country and that there has been almost a 200% increase in road accidents since legalization (obviously, this is not a fact at all…). A bold claim, that is certain cause uproar amongst many supporters of nature’s miracle herb.