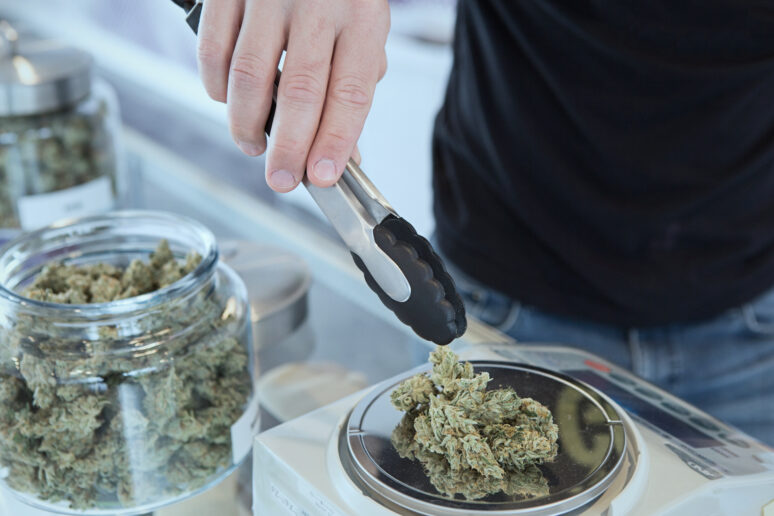 Gov. Kristi Noem is speaking out against two ballot measures recently approved by South Dakota voters that allow the use of cannabis in the state.

In a statement to Dakota News Now, Noem called them “the wrong choice for South Dakota’s communities,” adding that she believes the measures will grow state government and add to public safety costs. She stated:

We need to be finding ways to strengthen our families, and I think we’re taking a step backward in that effort.

Voters approved both Initiated Measure 26 and Amendment A on Tuesday. IM 26, which legalizes medical cannabis, passed a wide margin – 291,725 people voted in favor of it, more than twice the number that voted against it. Amendment A, which legalizes the recreational use of weed, passed by a smaller margin – 54% voters were in favor of it, 46% against.

Noem has long been an opponent of the legalization of any form of cannabis in South Dakota, frequently voicing concern it will lead to public safety issues in the state. She even vetoed a bill legalizing hemp production last year, saying it would lead to the legalization of cannabis. However, she dropped her opposition to hemp in January.

While Noem said the legalized cannabis will lead to more public safety spending, the exact cost is still unknown. The fiscal note on the Attorney General’s explanation of Amendment A gave a tax revenue estimate of over $10 million in 2022 and nearly $30 million by 2024.

Below is Noem’s full statement:

“I was personally opposed to these measures and firmly believe they’re the wrong choice for South Dakota’s communities. We need to be finding ways to strengthen our families, and I think we’re taking a step backward in that effort. I’m also very disappointed that we will be growing state government by millions of dollars in costs to public safety and to set up this new regulatory system.”