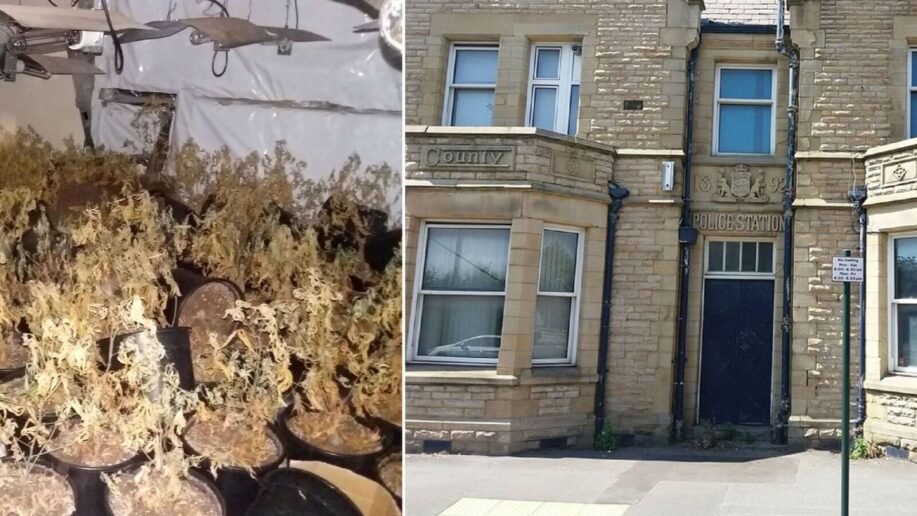 Greater Manchester Police (GMP) made the discovery at the former Failsworth Police Station, Oldham, which was closed six years ago.

Police said in a Facebook post: “The building was vacated by the Police six years ago as part of the cuts to the Police budget and not used by us since.

“It was sold at auction a short time later. The building has been privately owned ever since.

“It was a bit surreal though seeing the old Inspector’s office full of root balls and empty pots.” 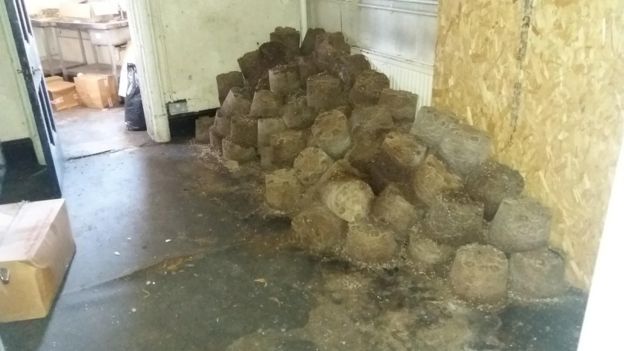 Police said they believe the plants had been removed from the “huge” cannabis farm early on Wednesday morning, just hours before they entered it.

Soil, empty pots and light sources were all that remained in the building, which was once home to the Failsworth and Hollinwood Neighbourhood Policing Team.

Police said other items at the scene suggested those growing the class B drug had been sleeping there – and the property’s electricity meter had been bypassed. 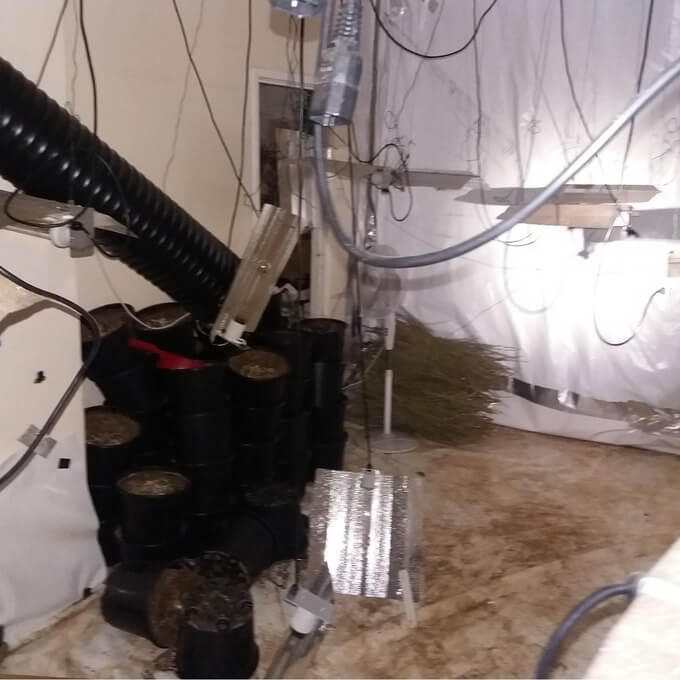