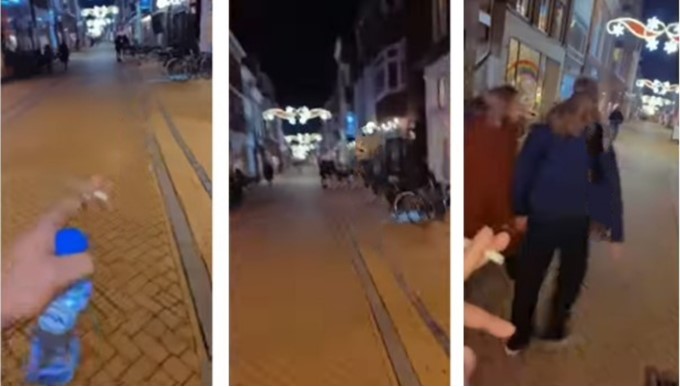 A Nigerian man has reacted with excitement after he discovered that weed is legalized in the Netherlands.

The man recently arrived the Netherlands and after discovering that weed has been legalized, he took to the streets to smoke some. By the way, technically it’s not legal to smoke weed on the streets in Amsterdam but weed is decriminalized. It means that if you do it in the coffee shops or some of the bars, you can be sure the authorities will turn a blind eye. It’s illegal to smoke weed outside those places as well, but this law is not really enforced either.