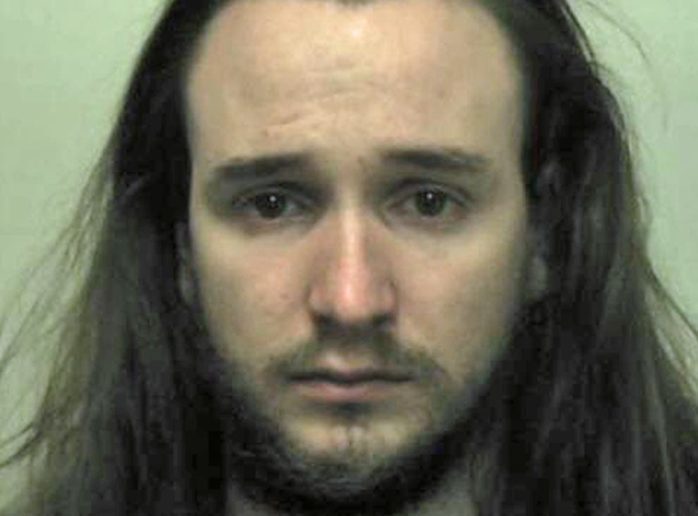 A man who stabbed his girlfriend more than 30 times after eating a cannabis brownie has been cleared of murder.

Although Jake Notman, 28, was cleared of murder, he admitted to manslaughter on Wednesday (24 November) partway through his trial.

He has been jailed for eight years and eight months.

The car factory worker was unaware of ‘what was real and what was not when he ran over and attacked his partner Lauren Bloomer, 25 at their home in Tamworth, a trial at Stafford Crown Court was told.

Notman entered his guilty plea after prosecutors accepted psychiatric evidence, which included analysis of a 17-minute mobile phone recording made by the victim during the killing.

The phone call suggested that Notman was unattached from reality and could not have formed the intent required for murder.

Passing sentence, Mrs. Justice May said Notman had killed Miss Bloomer in ‘the most unexpected and frightful way’ during a two-and-a-half-minute attack.

The judge told the court: “I am quite sure that the psychotic state which Jake Notman was in was at least in part a response to the cannabis which he had taken.

“There is an obvious lesson… that cannabis can be very dangerous. It is an illegal drug for good reason.”

Notman was seen by neighbors as he ran over his partner’s body.

He then dialed 999 at 1.32 am, telling the operator he had ‘been told I have killed my girlfriend’.

Commenting after the case, Mark Paul, of the CPS, said: “It is impossible to comprehend how much Lauren Bloomer’s family has suffered and will continue to suffer as a result of Lauren’s completely unnecessary killing. My heartfelt condolences continue to be with them.

“Notman had ingested cannabis which led to a psychotic episode.

“Three forensic consultant psychiatrists concluded Notman had experienced a highly unusual type of psychosis at the time of the killing, which meant that he could not form the intent to commit murder, even the type of intention that can still be formed when a person has consumed drugs or alcohol.

“This expert advice meant there was no longer a realistic chance of conviction for the original charge of murder, and Notman has now accepted responsibility for the unlawful killing of Lauren Bloomer by entering a guilty plea to manslaughter.

“We fully explained to Lauren’s family why the murder charge could not be pursued.”

Miss Bloomer’s family said in a statement: “As Lauren’s family we feel that regardless of the outcome of the trial, nothing can bring Lauren back to us or compensate for the heartache we feel.

“We ask that you please respect both our family and her friends’ right to grieve in privacy at this really difficult time.”