Two German Brothers Have Been Sentenced to Life for Selling Cannabis 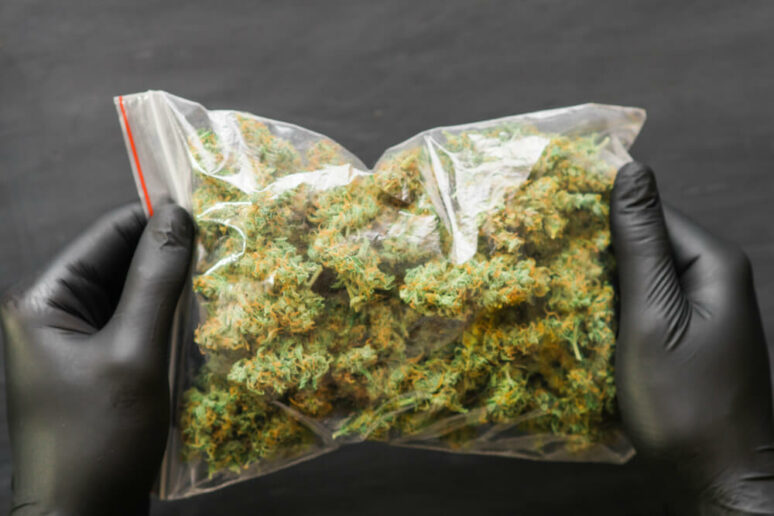 Two German Brothers Have Been Sentenced to Life for Selling Cannabis

Two German brothers have been sentenced to a lifetime in jail for selling marijuana, following a measly 20-minute trial.

The Greek city of Patras is home to a high-security prison that is renowned for being notoriously tough. In some cases, up to eight prisoners are held in one single cell measuring only 5 square meters. This prison is now the home to a pair of German brothers that was sentenced to life in prison and fined f €100,000 each because they sold cannabis.

A crime that, if committed back in Germany, would have probably only resulted in a few years of jail time. This has highlighted the differences in drug laws and their associated criminal charges throughout the European Union.

On the 14th of October 2017, Greek police officers performed a bust on the flat where the brothers were staying, as well as a large farm nearby. This was the start of the nightmare that would soon become a harsh reality for the two brothers.

The police found cannabis being stored on old pallets and they also found a substantial amount of cannabis drying out in nets hanging around the walls.  In total, they seized close to 100kg of unprocessed hemp in addition to 1kg of cannabis flowers.

The perimeter of the courtyard of the farm was hidden by a field of crops, but unfortunately, this was where the same police task force found 80 cannabis plants along with a professional grade irrigation system. This resulted in the brothers being arrested on charges of drug trafficking, although at the time, they both claim to have been informed that they were only facing possession charges.

Over a year later, the brothers are outraged that in their opinion, they did not receive a fair trial and they are still waiting for an official summary of the verdict given by the judge. The 42-year old brother said in an interview last week that “the process was a bit strange.” Due to the fact that neither of the brothers are fluent in Greek, EU law dictates that an interpreter should have been provided for the duration of the trial.  But, according to them, the judge was continuously interrupting the translator during the trial and cajoled him into leaving out a significant part of what was being said. “We couldn’t follow the trial,” the eldest brother admitted.

Unfortunately, there wasn’t a huge amount to understand, as the trial was over within 20 minutes – and the majority of this time was devoted to all the judges and the state attorney arguing with the public defender, they said. And in the blink of an eye, the aforementioned judges retreated to their chambers before delivering a devastating verdict.

The case in question was considered along with four others on that day alone- a shocking time of 15 minutes spent deliberating on all the cases combined. “That’s three minutes per case. That’s all it took to sentence us to life in prison and a fine of €100,000,” said the eldest brother.

A partial translation of the verdict was sent to them just a few days ago and this is when they learned the brutal extent of the trafficking offense they were being charged with.

Without having access to a full court transcript, it is somewhat difficult to verify the claims that they have made about the trial. However, it is clear that these two men are facing a completely different outcome than they would have if they were facing trial in Germany for a number of reasons. The first one being that a singular lawyer representing two clients would not be legal in Germany, said Ulrich Kerner, a reputable criminal lawyer who is currently helping the brothers with their appeal. Kerner and his colleagues are investigating a number of different avenues with regards to how the Greek court might try and justify delivering an incredibly harsh penalty.

Kerner suspects that the severity of the sentence was due to the fact that “they were charged with intent to sell and for having a product that the court valued at above €75,000.” In 2015, a new ruling by the Greek supreme court approved life sentencing for drug trafficking if profits were to exceed €75,000.

The primary concern with regards to this case is that the court in question has not explained how the seized product was valued. And this vagueness ultimately gives the court the ability to do whatever they like to some degree. This could also justify why the document does not list the precise number of plants that were seized or their THC content – two components that would be the deciding factor in Germany, where the police would have been required to dry the plants out in a lab before deciding on their exact market value.

With most cases taking up to seven years for an appeal to be heard, the future looks grim for the two young brothers. If the Greek court did agree to a transfer that allowed them to carry out their sentence in their home country, the case- as well as the current sentence, would have to be reviewed under German jurisdiction.