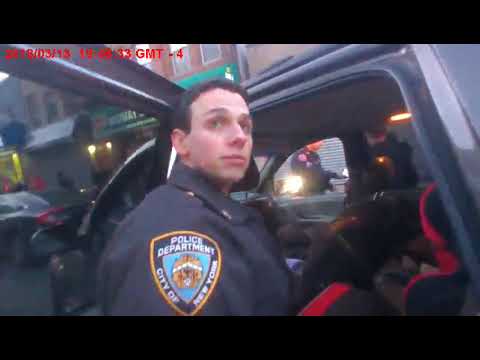 A judge has thrown out a man’s guilty plea after footage showed an NYPD officer planting drugs on him.

In March 2018, officers from the New York Police Department stopped Jason Serrano while he was riding. The two officers are Kyle Erickson and Elmer Pastran.

During the stop, the NYPD officer placed weed in the cupholder of Serrano’s car – because of that Serrano got arrested and charged with drug possession, resisting arrest, and obstructing governmental administration, Yahoo! News reports.

Three months later, Serrano issued a guilty plea to the charge for resisting in fear of being sent to Rikers Island. However, body cam footage captured the cop’s misconduct on camera; it was released months after Serrano submitted his guilty plea.

Since the discovery, Erickson and Pastran’s disciplinary records have come to light. Erickson was previously disciplined for two other incidents in 2018, one of which was related to drug seizures. But, the prosecutors never gave Erickson’s records to Serrano’s defense team. The District Attorney’s failure to turn over evidence could have resulted in Serrano’s conviction carrying on, but Judge Tamiko Amaker made an exception.

“However, this court finds that the body-worn camera footage, taken with the officers’ disciplinary files, demonstrate that the defendant may have been searched and seized in violation of his constitutional rights,” said Amaker in her decision. “Accordingly, the defendant’s motion to vacate his conviction under CPL 440.10(1)(h) is granted.”

There are no details yet on any disciplinary course of action that will be taken for the officers. “It’s the least they could do,” said Marion Elizabeth Campbell while discussing Serrano being cleared of all charges. And what they should really do, and what might actually restore some faith in the system, is prosecute Erickson and Pastran.”

Check the video below: