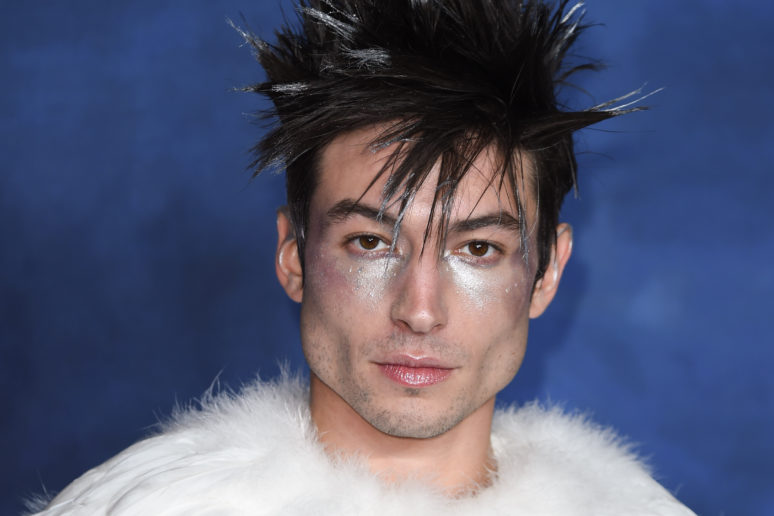 Ezra Miller, a cast member of The Flash, is charged with providing unsafe housing for a family with three small children.

According to an article published by Rolling Stone on Thursday, Miller is allegedly entertaining a 25-year-old mother and her three young children at their 96-acre property in Stamford, Vermont. The family has been residing at Miller’s house since mid-April.

The report claims “unattended guns littered throughout the residence” and “regular and heavy” marijuana usage in front of the kids.

At least eight assault rifles, handguns, and rifles can be seen in the living room of Miller’s property, some of which are placed next to a collection of plush animals, according to sources mentioned in the report. The climate there is described as chaotic. According to a source, a one-year-old girl is said to have picked up a stray bullet and put it in her mouth in one incident. The article also claims that Miller’s farm has “a big cannabis farm,” which purportedly contains more marijuana plants than what private persons are permitted to own legally in Vermont and that the marijuana use there is improperly vented. Although Whitney Suters, Miller’s close buddy and “handyman,” has claimed on social media that the two are running their own cannabis business called Rebel Alliance Cannabis, Miller’s farm is not on the list of authorized cultivators in the state of Vermont.

In March of last year, Miller allegedly met the unidentified woman in Hilo, Hawaii, ostensibly around the time the actor racked up several arrests while in the state. Miller allegedly assisted the mother and her children in boarding a flight out of Hawaii around that time, purportedly without the father’s knowledge, the children’s father claims. The father claims that he has been unable to see or communicate with his children ever since. According to Hawaii court documents quoted in the paper, the mother filed one paternity action and one domestic abuse case against the father in May 2021. Still, both were either dismissed or put on hold. After the mother took the kids out of the state in April, the father reportedly filed a pending domestic complaint against her. A social worker allegedly visited the home on May 16 and commented that the kids “looked good” after the father had contacted the Vermont Department for Children and Families.

The father is quoted as saying in the article, “I had a horrible feeling in my gut.” I really want to go collect my kids because they mean the world to me.

To finally “have a safe atmosphere for my three very young children,” the woman claimed that Miller assisted her in fleeing a “violent and abusive ex.”

The mother says in the article, “[Ezra’s] home ranch has been a healing retreat for us.” “They might possess firearms for self-defense and keep them stored in an area of the house that the kids never enter. Ezra’s comfort and compassion for my kids has allowed them to relax more into their healing.”

Following their initial arrest for disorderly conduct and harassment in Hawaii in late March, Miller has engaged in a spate of attention-grabbing antics. Miller is accused of breaking into a couple’s bedroom window the same evening, robbing them of many goods, and threatening to set them on fire. A restraining order against Miller was eventually lifted. A chair was allegedly thrown at a woman, causing a half-inch gash to her skull, and Miller was arrested again in Hawaii just hours before that court appearance on counts of second-degree assault.

More recently, the parents of 18-year-old activist Tokata Iron Eyes from the Standing Rock movement filed a petition for an order of protection against Miller, stating that the actor had groomed Tokata and given them a significant amount of LSD. A week later, in Massachusetts, another parent obtained a temporary restraining order against Miller after claiming that he had displayed threatening conduct toward the now 12-year-old child and pointed a gun at the mother. After posting a series of tweets about being in another universe, Miller deactivated their Instagram account.

Following the 2023 release of The Flash, Warner Bros. reportedly no longer plans for Miller to appear in subsequent DC films due to these occurrences.