GMO Weed Is A Thing - Here's What You Need To Know 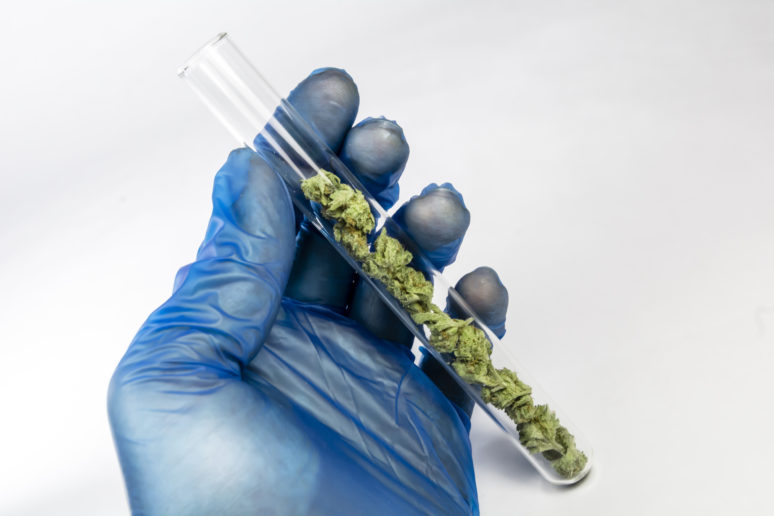 Growing Together Research Inc., an Indiana-based biotechnology company, revealed this week that it has created a new method to genetically modify the expression of Delta-9-tetrahydrocannabinol (THC) in cannabis, including the capability to increase levels of the cannabinoid in cultivars grown for recreational or medical marijuana.

To research and improve the methods for genetically modifying industrial hemp for commercial use, GTR teamed up with Texas A&M Agrilife Research in August 2020. The alliance disclosed in 2022 that it has successfully transformed and regenerated several THC-free hemp cultivars in the first known stable transformation.

The outcomes included verified gene modifications that are anticipated to completely or almost entirely reduce the production of THC and the minor cannabinoid cannabichromene while increasing the expression of cannabidiol (CBD). The modified cultivars are anticipated to be available in the fourth quarter of 2022. They are meant to assist American hemp farmers in minimizing the risk that their crop will exceed federal THC limits, which frequently necessitates crop destruction, or the grower will suffer severe legal repercussions for growing marijuana.

More than 10% of hemp acres planted between 2018 and 2020 “got hot,” exceeding the 0.3 percent federal THC restriction, according to research by New Frontier Data. In addition, research on a cross-section of currently grown hemp varieties revealed in the journal Frontiers in Genetics shows that several cultivars express irregular amounts of CBD and THC compared to certificates of analysis given to growers.

GTR is now employing the same method to “turn up” the expression of the genes that code for THC after demonstrating the capacity to “turn down” or “turn off” those genes. The first batch of high-THC varieties is anticipated to be developed by the third quarter of 2023. The company intends to undertake an initiative in conjunction with academic and commercial partners in Canada to establish cannabis cultivars with higher expression of THC.

GTR refers to this scientific capability as the “Delta9 Dial,” and it represents a new development in stable gene editing of the cannabis plant, which the business claims is notoriously challenging to alter. The new method also expands the capabilities of GTR’s genomics platform, which allows growers to select from a variety of features to personalize the genetics of their plants and maximize their value.

The Delta9 Dial may someday be used to control THC levels in cannabis to a certain target percentage, according to Samuel E. Proctor, CEO of GTR.

While we are currently focused on silenced THC and high THC cultivars, we may be able to “tune” our approach to whatever cannabinoid content our customers and partners are seeking, Proctor says in a virtual interview. “The same technique we are using to create a silenced THC plant can also be used to modulate CBD and CBC levels,” Proctor says.

The method also seems to work on the majority, if not all, cannabis cultivars, enabling growers to increase the THC content in strains of marijuana that are already well-liked by consumers.

According to Proctor, all of the cultivars, which were initially used in the lab, were successfully and steadily transformed. This outcome suggests that our method should work on all cultivars, whether it’s for reducing or raising THC levels.

Although the cannabis market has a clear preference for purchasing marijuana primarily based on THC potency, it is still unclear if consumers will part with their hard-earned cash for cannabis that has been genetically altered.

According to Dimitri Samaratunga, COO of GTR, “Today, GMOs have become a stand-in for the modern Agro-Industrial Complex, which has properly drawn a lot of negative news and poisoned the well of public opinion against GMOs.”

Samaratunga says, “In general, we think major worry over GMOs derives from a fear of artificially rearranging genes to produce a “Franken-organism” – this is not our approach. As an alternative, GTR inserts a brief DNA sequence that prevents the development of a single enzyme involved in a single branch of the cannabis biosynthesis pathway. No extra foreign genes from other organisms have been inserted.

According to Proctor, biotechnology is now being employed to enhance diets by increasing food’s nutritional value and expanding and improving the selection of fruits and vegetables. He adds that using less toxic chemical pesticides and herbicides, boosting agricultural productivity to prevent deforestation, and enhancing a plant’s ability to store carbon are all ways that biotechnology can benefit the environment.

However, according to Proctor, it is crucial to keep these in mind to comprehend how approaches driven by biotechnology are advantageous fully. “These obvious benefits are frequently obscured or not acknowledged in the context of biotechnology and agriculture,” she adds.

What do you think about GMO weed? Let us know in the comments! 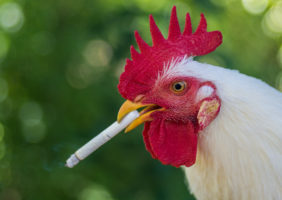