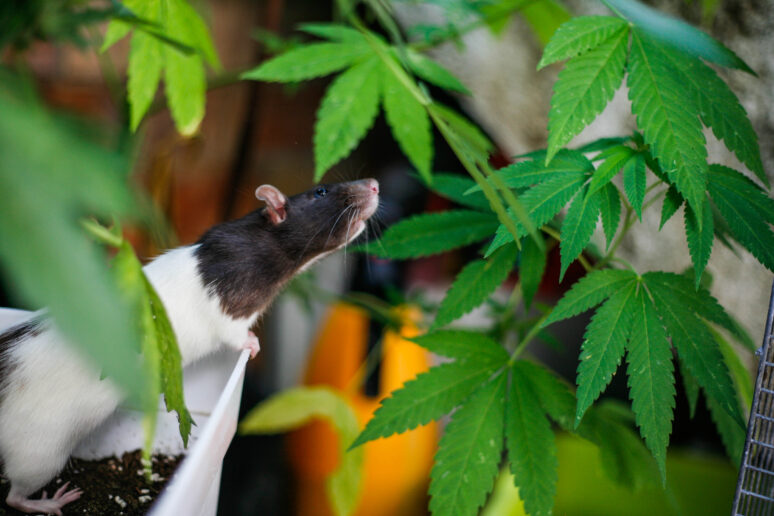 Police in India has blamed rats for destroying nearly 200kg (440lb) of cannabis seized from dealers and kept in police stations.

“Rats are tiny animals, and they have no fear of the police. It’s difficult to protect the drug from them,” a court in Uttar Pradesh state has said.

The police were asked by the court to turn up the cache as proof of drug trafficking charges.

When the court asked the police to present the narcotics they had confiscated as evidence, they claimed that 195kg of cannabis had been “destroyed” by rats, according to Judge Sanjay Chaudhary’s order.

Another instance had 386kg of the drug, and the police said that “part” of it had been “eaten up by the rats.”

About 700 kg of marijuana that the police had captured was languishing in police stations in the Mathura district, according to Judge Chaudhary, and “all of it was in danger of rat infestation.”

He claimed that because the rats were “too little,” the cops lacked the knowledge to handle the situation. He said that selling the medications at auction to research facilities and pharmaceutical companies, with the money going to the government, was the only way to safeguard the stolen products from “such fearless mice.”

According to MP Singh, a senior police official in the Mathura district, some of the marijuana kept in police stations in his neighborhood had been “damaged owing to heavy rains” rather than eaten by rats.

Eight police officers in Argentina were discharged in 2018 after they attributed the theft of 500 kg of cannabis from police storage on mice. Experts, however, refuted the assertion, stating that it was improbable that the animals would mistake the medication for food and that many carcasses would have been discovered in the warehouse if a sizable number of mice had consumed it.

According to a study from 2019, laboratory rats were given bread laced with cannabis “tended to become less active and their body temperature also was decreased.”

A year after the sale and drinking of alcohol was outlawed in the state of Bihar in eastern India, authorities blamed rats for devouring thousands of liters of alcohol seized.

When technicians were sent to mend a broken cash machine in Assam in 2018, they discovered that currency notes worth more than 1.2 million rupees ($14,691; £12,143) had been destroyed. Rats were thought to be the culprits.