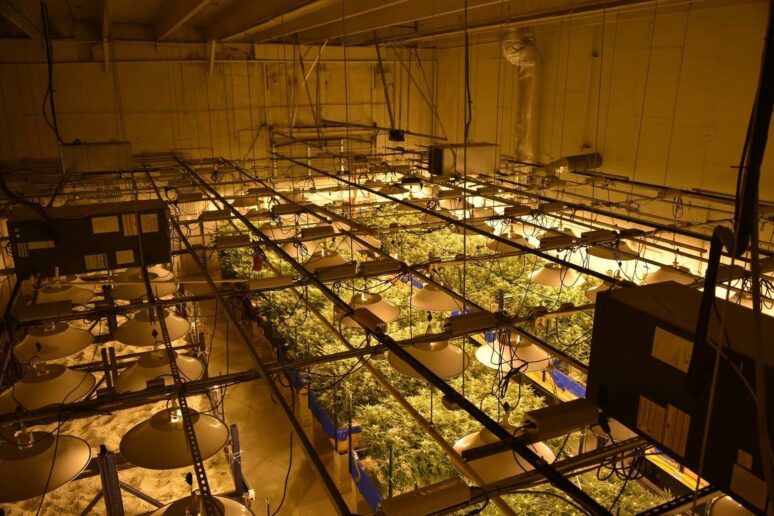 The state of Colorado “will leave no stone unturned, no beer tank unturned, no cannabis plant unturned,” in the effort to fight climate change, Governor Jared Polis said Wednesday as he announced two new pilot programs to improve energy efficiency for the state’s thriving marijuana and beer industries.

One pilot program is a mutually-beneficial proposal in which a Denver brewery will capture and store the excess carbon dioxide produced during the beer fermentation process and then provide the gas to cannabis growers, who will use it to stimulate plant growth during cultivation.

• Cheap Marijuana Grow: How to Grow Weed on a Tight Budget

• Beer Sales go down by $2 Billion from Legal Cannabis

“The pilot program will demonstrate a cost-efficient way for breweries and marijuana businesses to slash their carbon dioxide emissions, as companies will no longer have to purchase carbon dioxide from power plants and have it shipped by truck across the state. Implementation of this technology will meaningfully reduce the transportation portion of their carbon footprint,” the Colorado Department of Public Health and Environment stated.

“This concept is simple. By capturing carbon dioxide produced in the beer brewing process and using it to cultivate cannabis, we are helping two industries succeed, reducing emissions that are contributing to our climate emergency,” Governor Polis said of the program.

I was joined by @CDPHE & @COEnergyOffice to announce two pilot programs focused on energy usage and environmental responsibility in the cannabis and beer industries today!

The department estimates that the brewery can capture over 100,000 lbs of CO2 per year using this technology. Typically, the CO2 produced during fermentation is vented out by brewers, who then purchase additional carbon dioxide for use in carbonation – adding cost and enlarging their carbon footprint.

Named the CO2 Capture and Reuse Pilot Project, the program is a collaborative effort bringing together the state of Colorado, the public benefit corporation Earthly Labs, the Denver Beer Co., and The Clinic, a chain of four Denver area medical and recreational marijuana dispensaries.

A second pilot program is a partnership between marijuana growers and electric cooperatives, giving growers free technical energy use assessments so they can find ways to make their operations more efficient.

Conserving energy is no small matter for cannabis energy. According to a 2017 report by the Southwest Energy Efficiency Project, the amount of energy used per square foot for indoor marijuana grow operations is about ten times that of a typical office building.

The study also argued that utility companies could ease this energy burden “by proactively engaging with cannabis grow operations, and by offering good-quality technical assistance, especially during the design and initial construction phase.”

The study described how greenhouse grow operations typically save 60-75% of the energy used per pound of flower grown in indoor facilities, and noted that out of Colorado’s more than 1,300 registered cannabis cultivators, 75% are indoor grows, which consume a total of about 300 gigawatt-hours of electricity per year. (1 gigawatt is equal to the power produced by 110 million LED lamps, according to the US Department of Energy). Currently, cannabis cultivation makes up around 0.6% of Colorado’s total electricity consumption, according to the study. This figure will further grow as marijuana production in the state increases by an average of 3% per month.

In May 2019, the Colorado General Assembly passed HB19-1261 – the Climate Action Plan To Reduce Pollution. The bill established a goal for the state to reduce greenhouse gas emissions by at least 26% by 2025, and 50% by 2030, making these initiatives even more important.

Addressing the crowd after the Governor’s comments on Wednesday, Executive Director of the Colorado Department of Public Health and the Environment, Jill Hunsaker Ryan, called the CO2 Capture and Reuse Pilot Project “creative and inspiring” adding that “this project isn’t a novelty act – reducing CO2 emissions is an all hands on deck effort and every little bit helps.”