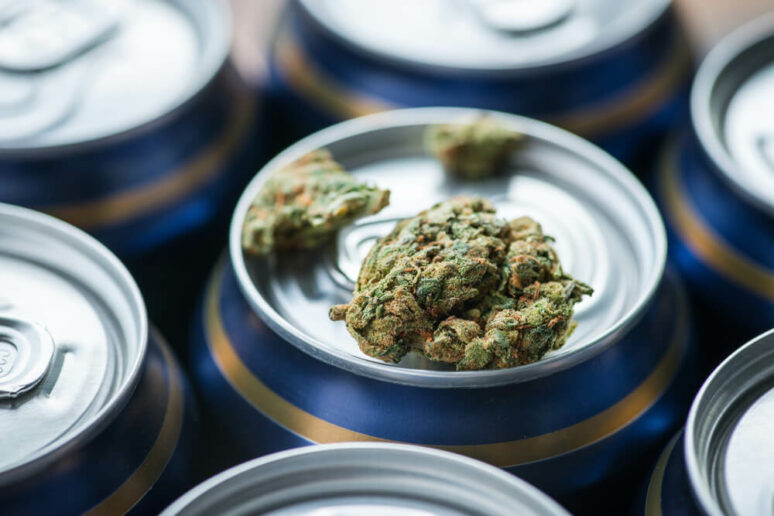 In recent years, the medicinal benefits of cannabis have been heavily promoted and researched. It has gained further momentum due to the recent studies that are being done. These studies are suggesting that marijuana might have protective benefits for the liver. Even though it is prohibited to consume alcohol and marijuana together, many people will not be deterred by the new rules, set by the California Department of Alcoholic Beverage Control.

The numbers of the studies came in, and it showed that drinkers who smoke weed had a significantly smaller chance of developing liver disease. This included hepatitis, cirrhosis, steatosis and hepatocellular carcinoma.

The medicinal benefits of marijuana are under constant scrutiny due to its infamous history. Many naysayers would oppose any medical study that is conducted on marijuana, but the numbers in this particular study are hard to argue against. The discharge records of nearly 320 000 patients with a history of alcohol abuse were viewed, and the results were entirely conclusive. The researchers at the National Institute of Scientific Research at the University of Quebec found that dependent marijuana users were much more protected from liver disease.

Although this was a population-based correlation study and too early to conclude, it was consistent with another study that was published in October. This study looked at 8200 patients and looked at the liver disease that was not caused by alcohol, but diet. The study found that the diets of weed smokers were unhealthy and worse than the diets of non-smokers. However, regardless of their bad eating habits, they still showed the lowest prevalence of non-alcoholic fatty liver disease and were less likely to be obese.

The researchers at Stanford University School of medicine believe that the answer lies in the link between weed use and lower fasting insulin levels. They believe this could protect the liver against non-alcoholic liver disease. Liver disease is often associated with insulin resistance which impairs glucose metabolism. Marijuana might protect the liver from dietary risks.