What is Cotton Mouth and How Can You Prevent it? 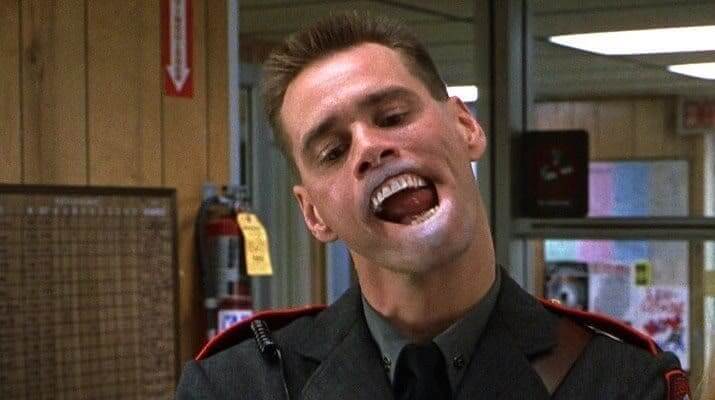 Weed 101: What is Cotton Mouth and How Can You Prevent it?

Stoners around the world know the one persistent annoyance about smoking weed is the cotton mouth. Although it’s obviously a very mild side effect of marijuana, it doesn’t make it fun. The pasties typically hit at the most inconvenient times. Like when you are trying to hold a serious conversation about the origin of the species or when you just smoked a blunt with your girlfriend. Kissing is almost impossible with the pasties.

Why does an otherwise benign medicinal plant cause such an annoying side effect? Did the ancient Egyptians and Chinese also have this problem when they used cannabis? Cotton mouth has likely been around just as long as humans have used cannabis, but until recently nobody understood why.

The Root Cause of Dry Mouth

In 1992, almost by accident, scientists discovered something called the endocannabinoid system. Considering how vital this system is for many aspects of our physiology, it’s shocking it was not identified until recently. The system was discovered thanks in part to research into how cannabis affects the human body.

The endocannabinoid system is responsible for mood, memory, pain sensation, and much more. It’s a network of receptors spread throughout the body, activated when needed by chemical transmissions. Without it, there would be no life.

The two primary receptors of the endocannabinoid system are called CB1 and CB2. Although you can find them scattered throughout the body, they mainly concentrate in a few key areas. Recently, a team of Argentinian researchers uncovered that they are in the submandibular glands.

The submandibular glands are located just below the bottom of the mouth, closer to the throat than the tip of the tongue. They are responsible for upwards of 70 percent of saliva production. The cannabinoids in marijuana, like THC, bind to the CB1 and CB2 receptors in these glands.

According to the research, it seems as if THC blocks the production of saliva through two separate methods. First, it prevents the transmission of communication signals from the brain to the glands. The brain can no longer tell the glands to produce saliva. Second, the glands which contain receptors themselves, are also temporarily blocked from production.

Although nobody has decided to direct their study into helping stoners relieve dry mouth, the research has come in handy for more pressing issues related to saliva production. But just because the medical community doesn’t want to solve cotton mouth caused by cannabis, doesn’t mean there is nothing you can do to prevent it.

How to Prevent Cotton Mouth

Cotton mouth is usually a small but manageable annoyance of smoking weed. Most people just choose to ignore it. After all, the benefits of marijuana far outweigh the consequences, right? But what happens if the pasties are too severe to ignore? We’ve all been in a situation where cotton mouth is not just annoying, but embarrassing. Here are some tips to reduce the annoyance of pasties:

This is the most obvious suggestion, but nothing beats a good old-fashioned glass of water. To get the most out of it for the pasties, sip it slowly. If you just chug it back, it won’t have time to target cotton mouth effectively. Room temperature water is also better, even if it’s less refreshing. Cold water tends to tighten up taste buds and tissues, making it harder for the H20 to absorb properly. To get the most out of your glass of water, drink it slowly and drink it at room temperature.

Get two birds with one stone, solve the pasties and the munchies! Sour candies are a tasty way to promote saliva production. Sour flavors can often overcome the experience of cotton mouth by triggering a rush of moisture.

Candy, not your thing? Or maybe you are a bit more concerned about your waistline and tooth decay. Rest assured, the same effects come from turning to citrus. Sucking on a wedge of lime or lemon has precisely the same effect on taste buds that sour candy has.

Smoking weed and drinking coffee paint a relaxing image, but it might not be great for your saliva production. Drinking coffee and some teas might make the problem much worse than usual.
Caffeine is a well-known diuretic, which means it increases urine production. Some teas are also herbal astringents. Astringents tighten pores, dehydrate tissues, and make it much more difficult to pump out saliva.

Drinking alcohol, while nicely complimented by sparking up a joint, could also prove detrimental to saliva production. Obviously, the more alcohol you drink, the more you need to go to the bathroom, but this could inhibit proper saliva function. If you feel cotton mouth coming on, put that beer down and focus on drinking tons of water. Remember to drink it slowly and avoid super cold water.

6. Over the Counter Cough Drops

If the cotton mouth is persistent and all the other suggestions are not working, there is one last trick to try out. Over the counter cough drops, which you likely have kicking around in your medicine cabinet, actually contain a compound to stimulate lubrication. Sucking on a cough drop will coat the mouth and throat with a moist protective layer.

Dry mouth is a well-known side effect of THC, but at least we can be thankful its mild. Some people have serious medical issues on an ongoing basis that prevent proper saliva production. Hopefully, as the research explores possible solutions to decreased saliva production, stoners too will benefit from the results.