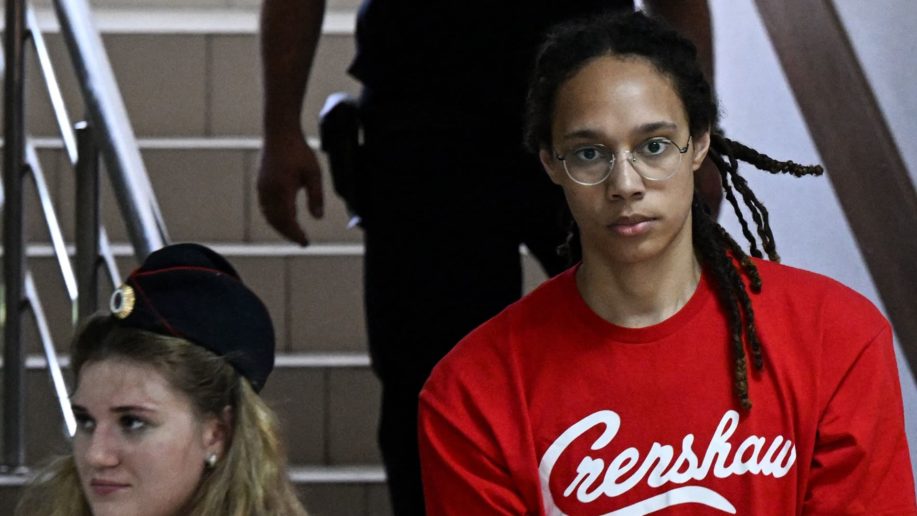 Brittney Griner admitted to bringing cannabis into the country but claimed she had packed hastily and had no intention of breaking the law as her trial continued in a Russian court on Thursday.

If found guilty, the Phoenix Mercury Center player and Olympic medalist could spend up to 10 years behind bars.

Griner made an appearance in court for the second time since her trial started last Friday. Her attorney has stated that the trial, which might run up to two months and likely require multiple hearings by the prosecution before the defense has its turn, was previously ordered to be held for the duration of the proceedings. The next Thursday is set aside for another hearing.

A week before Russia began its full-scale invasion of Ukraine, Griner was detained on February 17 after Sheremetyevo International Airport security personnel allegedly discovered marijuana vape cartridges in her luggage. She was going there because, like many WNBA players, she supplemented her salary by playing for a Russian team in the U.S. summer.

According to the prosecution, Griner bought two cartridges containing 0.252 grams and 0.45 grams of hash oil for her own use before going on vacation. Two customs officers on duty at the airport when Griner’s baggage was examined testified during last week’s session.

According to the Biden administration, the Putin government, which formally proclaimed Griner to have been illegally jailed in May, ordered her imprisonment to use her as leverage. The Kremlin, however, maintains that the case is not politically motivated.

The Biden administration is under increasing public pressure to secure Griner’s release as of Thursday’s hearing, particularly after Griner herself begged for assistance in a handwritten letter handed to the White House on July 4.

According to the White House, the president spoke with Cherelle Griner on Wednesday after receiving criticism for not doing so sooner. He also sent her a draft of a letter he intended to send her that day. It reaffirmed that the release of Griner and other American prisoners is of the utmost importance.

U.S. Deputy Chief of Mission Elizabeth Rood told reporters that she had given Griner Biden’s letter after Thursday’s proceedings. In the courtroom, she was once more able to converse with Griner.

“She said she is eating well, she can read books, and she is doing well under the circumstances,” Rood said.

A future prisoner swap involving Griner and a Russian person already in American custody has been discussed in Washington and Moscow. Russian state media Tass previously claimed that conversations had been focused on notoriously convicted arms dealer Viktor Bout, also known as the “Merchant of Death,” with confirmation from an official source.

According to Reuters, Sergei Ryabkov, Russia’s deputy foreign minister, said on Thursday that exchanging inmates with the United States would be challenging. The “hype” surrounding the case and “this kind of correspondence does not help,” Biden remarked about the letter he wanted to send to Griner.

According to Russia, a potential prisoner exchange won’t happen until after a decision has been made.