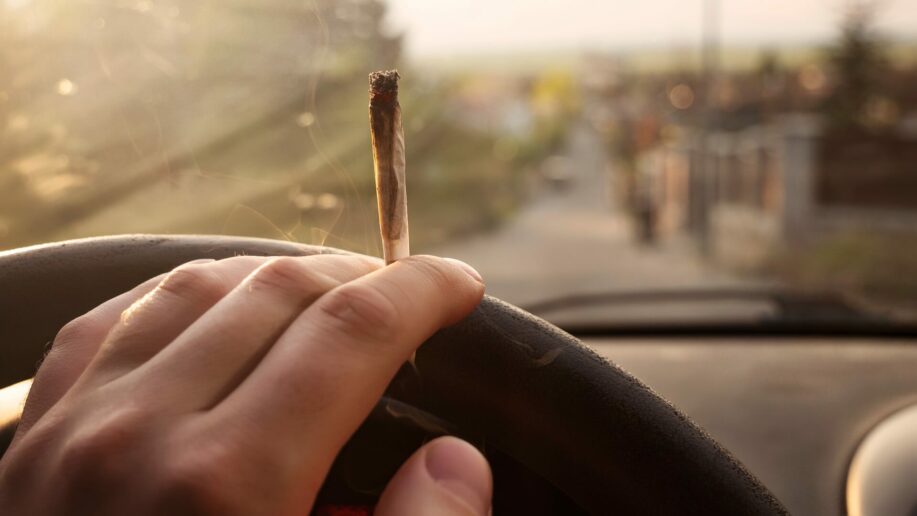 No, that title doesn’t mean what you think it means. Getting high after work before you drive home in your car is still a terrible idea and generally considered a dick move.

While you’re definitely a shitty driver after a nice joint, a study by the Centre for Addiction and Mental Health in Toronto found that your driving impairment goes away completely when your high has worn off.

The researchers took 91 people, gave them 10 minutes to get as high as they wanted, and stuck them into a driving simulator. One group smoked high-THC weed, another smoked low-THC weed, and a third one only placebo weed.

Immediately after smoking, the THC group couldn’t keep their car in the middle of the lane anymore and drove suspiciously slow (we’ve all been there).

But here’s the important part: in follow-up tests 24 and 48 hours later, the group still had detectable levels of THC, but performed normally in the driving simulator.

So what’s the problem? Unlike alcohol, which leaves your body pretty quickly, THC stays in your system for a lot longer and can even still be detected weeks after smoking for the last time.

That means you could test positive for THC even though you’re completely sober and get slapped with a fine, or worst case, lose your license and go to jail.

The same goes for people working at zero-tolerance companies. While your coworkers can get shitfaced every evening and show up to work in the morning, if you have a little joint to relax after work, your ass is on the street if you get ‘randomly’ drug tested.

The study proves that the entire premise behind that way of thinking — smoking a joint in your private time leaves you unable to work the day after — is entirely wrong.

Scott Macdonald, a retired professor at the University of Victoria, told Global News that Canada’s drugged driving laws – which demand no trace of THC when operating a vehicle – are “not scientific.”

“I consider it one of the biggest myths about cannabis, that there are 24-hour hangover effects that are measurable,” he said. “When people smoke cannabis, they’re only impaired for a short, short period of time. You could have THC in your bloodstream, but you’re not a danger.”

The study also shows that stoners are actually pretty good at judging if they’re too high. When the placebo group was asked whether they would be comfortable driving a real car, 80% said they would, while under 30% of the THC group said the same.

So, where does that leave us? Unfortunately, nowhere. Until lawmakers stop demonizing cannabis lovers and get a better understanding of how weed actually affects people, you better find a job that lets you get high in your private time.

And try not to look too much like a pothead next time you get pulled over.