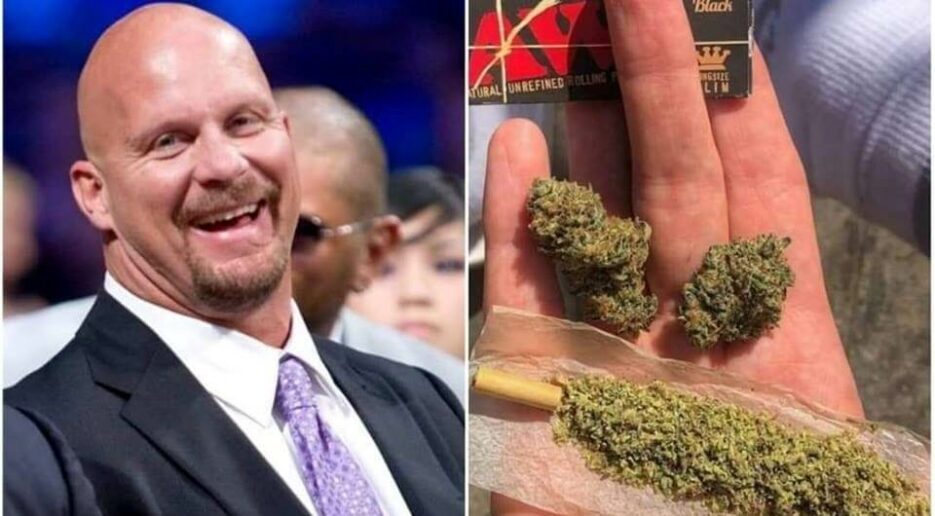 Steve Austin, the WWE wrestler who is best known for his famous “beer bash” has ditched the booze permanently in favor of smoking cannabis.

The 53-year-old legend is amongst the most famous and iconic wrestlers who would bash cans of beer together, right before he would guzzle the beer in a show-stopping stunt that had fans screaming in delight.

But now, like many other fellow sportsmen, Austin has grown tired of relying on booze for thrills and has started training harder than ever. He says the feeling of hitting the weights after eating clean and not consuming any alcohol whatsoever is a feeling he has craved throughout his whole career. This once boozy hard man has even started Yoga in a bid to treat his body like a temple and increase flexibility.

Steve, who is fondly known as “The Texas Rattlesnake” recently revealed on the Steve Austin Show that:

My eating program is going fantastic. [I’m] sticking to my exact macros. [I’ve had] zero alcohol for right at 14 days now. Pounds are coming off. My strength is going up… I’m getting as strong as a horse over here.

It is clear that Steve is thrilled with the progress he has made thanks to his booze-free lifestyle but has he really gone tee-total?

A Recipe For Relaxation

With the pressure of trying to thrive in such a competitive industry, Austin admits that instead of cracking a beer he now smokes a joint to help him relax his body and mind. And while he is happy with his new, cleaner lifestyle he almost got into trouble when taking his medical cannabis on a camping trip with his wife Kristen. On passing an inspection checkpoint, Austin was caught off guard when he saw sniffer dogs on standby. He admitted that a moment of regret and indignation swept over him when he thought about how much he had achieved in his career and as an iconic personality, yet he was about to get busted for choosing medical cannabis over hard alcohol.

Fortunately, after 10 years of passing through the same checkpoint, officials recognized the legend and his wife and waved them through.