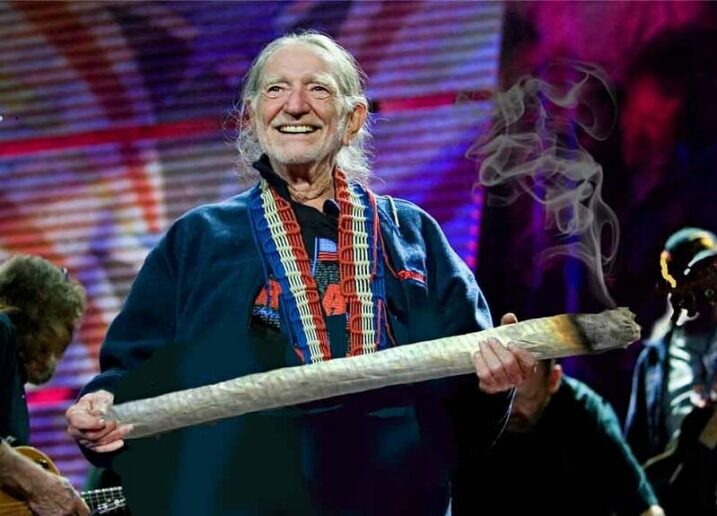 Unlike other celebs who only give their name and not much more,  Willie Nelson plays a vital role at his marijuana company.

The 86-year-old singer and musician discussed his cannabis company, Willie’s Reserve, during Tuesday’s episode of The Tonight Show.

“[I’m] chief tester,” Nelson told host Jimmy Fallon. “I haven’t run across any that I didn’t like.”

Nelson had credited cannabis with saving his life in the May issue of Rolling Stone, and reiterated the sentiment during the interview.

“I used to smoke two or three packs of cigarettes a day and drink whatever there was there to drink. I had pneumonia four or five times, my lung collapsed, I almost died,” the star shared.

“I said, ‘Wait a minute. I ain’t getting that high off of Chesterfields.’ So I throw out the cigarettes, rolled up 20 joints, stuck it in there. I haven’t had a cigarette since,” he said.

Nelson performed his cover of the Guy Clark song “My Favorite Picture of You” later on in the episode. The song appears on his new album, Ride Me Back Home, which features a photo of Nelson with a horse on the cover.

“That’s me and Old Blue,” Nelson said. “It’s my neighbor’s horse, and I borrow it every now and then.”

“Me and some more folks, Habitat for Horses, rescued a bunch of horses that were scheduled to be slaughtered. Already had 15 or so of my own and then I bought 50 of these horses. So now I’ve got a few horses,” he added.