Why Does Snoop Dogg Microwave His Blunts and Should You Do It Too? - International Highlife 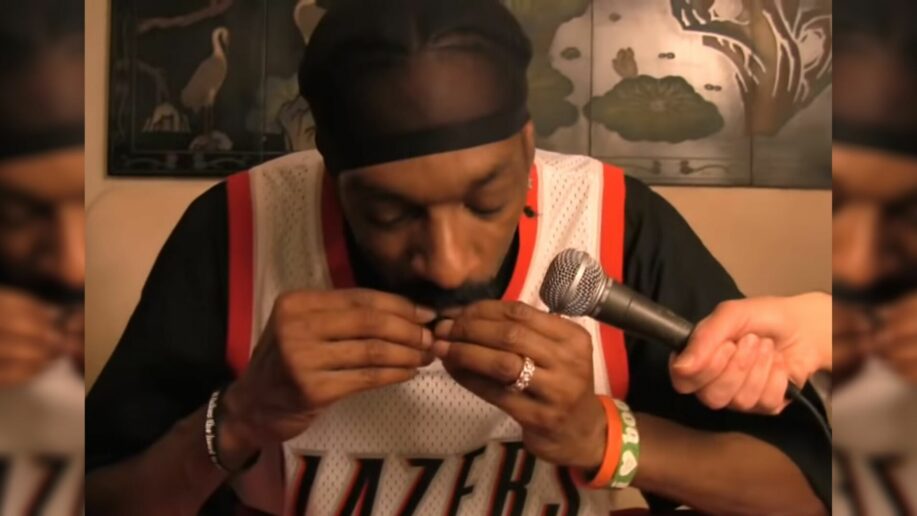 Why Does Snoop Dogg Microwave His Blunts and Should You Do It Too?

We all have our weed rituals that were passed down by our ancestors or taught by a friend in junior high years before we could fact check things on the internet. Some of us liked to turn a blunt wrap inside out and roll it “because it makes it burn better,” but what about our icons?

What are their special tricks that we can still learn from? For Snoop Dogg, this means microwaving a blunt for 11 seconds “to trap all the ingredients.”

• Snoop Dogg Will Vote for First Time Ever: ‘I Can’t Stand to See This Punk in Office’
• This Rapper Without Hands Rolls Perfect Blunts – What’s Your Excuse?
• What’s the Difference Between a Blunt, Joint, and Spliff?

In a video with Nardwuar, the Canadian interviewer and musician known for his interviews with rappers in which he shows an incredible amount of deep research into their childhoods and adolescence, Snoop can be seen twisting up a blunt, which he then puts in a microwave for 11 seconds.

Why does Snoop microwave his blunt for 11 seconds? The d o double g says it’s “so I can trap all the ingredients.”

Does this actually make sense? In an attempt to understand Snoop’s motivations, many online viewers posited that perhaps he’s trying to decarboxylate the weed inside the blunt, in order to activate the THC.

Could that be what Snoop’s trying to do? The typical 900-watt microwave can heat its contents to around 240 Fahrenheit  — which is actually warm enough to decarb weed. Decarboxylation (or “decarbing”) is an essential step when preparing cannabis for use in cooking, but if you’re smoking weed, the flame instantly decarbs the herb, so there’s no need to do that beforehand.

Reddit user and physicist Uwotnan said, “microwaves work by increasing the kinetic energy of water molecules, which is why pizza gets soggy if you microwave it. Pretty sure the same thing is happening w the blunt and increase in ‘wetness’ allows for a slower, smoother burn.”

A less helpful Reddit user who has apparently never seen a microwave posited that Snoop was trying to use the microwave to light his joint.

One possible reason to microwave a blunt is that it would help dry some of the saliva used to seal it. If you go and ask online tobacco pipe smokers (this is an actual community), you’ll find that, for some, using the microwave for 8 to 10 seconds is actually a preferred method of drying out the tobacco before smoking.

Another theory is that just like wet clothes shrink in the dryer, a wet blunt paper that’s heated in a microwave could actually slightly shrink and make the blunt tighter. Maybe that’s what Snoop meant when he said he’s trying  “to trap all the ingredients?”

Our guess, though? This is one of those weed rituals that Snoop has had for years, maybe even since around the time, he smoked his first-ever blunt, which he said was introduced to him by the late member of the Geto Boys’ Bushwick Bill (may he rest in peace).

Keep in mind that since that 2010 interview, Snoop has hired a guy that rolls his blunts for him, so maybe he got tired of microwaving his blunts.

Will it work for you? There’s only one way to really know — try it at home.

2 responses to “Why Does Snoop Dogg Microwave His Blunts and Should You Do It Too?”