Weed as Sprinkles and the Ashtray Is Dessert. WTF Is Going on in This Restaurant? - International Highlife 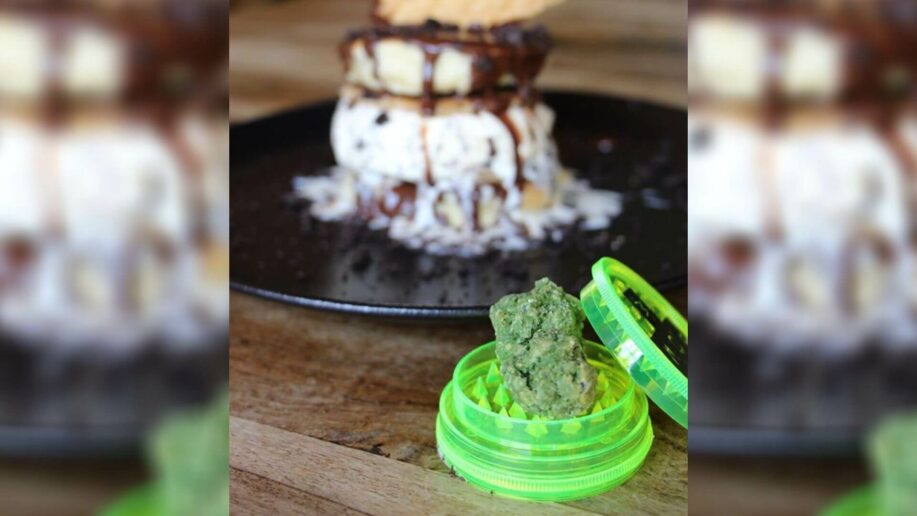 Weed as Sprinkles and the Ashtray Is Dessert. WTF Is Going on in This Restaurant?

When you were in junior high or high school, were you ever sold oregano that looked like shake? Maybe a tootsie roll they told you was hash? Well, it turns out one restaurant in Israel has made this their business model, and it might even cost you more than that fake weed you bought back in the day.

It’s equal parts restaurant gimmick and “things that could get you violently beaten,” but at “Pow Wow” in the central Israel city of Rishon Lezion, they’ve found a way to make a dessert that looks like weed, is fun to share with friends and may leave you confused, but otherwise has no relation to weed.

According to the Israel news outlet Ynet, there are two dishes that involve cannabis which is not cannabis at all. These include a stack of Dutch pancakes with Nutella, ice cream sandwiches, white chocolate, and a grinder alongside a few nice sized nugs of chocolate made to look like weed.

A visiting chef at Pow Wow made the fake buds out of white chocolate, cocoa butter, rice cakes, and pop rocks, Ynet reported. The green trichomes are made from natural food coloring, so that’s something to keep in mind if you don’t like artificial additives in your fake weed.

The grinder, we should note, is made of plastic and should not be eaten.

The idea is to grind up your nug and then sprinkle the green chocolate dust on top of your pancake, then sink into despair that this is as good as it gets now. A bill to legalize recreational use of cannabis in Israel passed its first hurdle on the long road to becoming law on Sunday, making this dish a sort of celebratory dessert.

The other offering is a dessert “ashtray” that includes “joint roaches,” all of it made from brownies, hot fudge, and Oreos. Nobody asked for this, but it’s on your menu anyway. Both dishes are available for one day only on June 21, 2020.

The Ynet article billed the restaurant gimmick as the closest thing Israelis can get to Amsterdam now that international flights are canceled for the foreseeable future. It should be noted though, while flights have been canceled, Israel’s weed dealers never stopped working during the coronavirus lockdown, and have arguably never done better.

Instagram makes people do strange things so we get why these new desserts are popular. And with the coronavirus pandemic, we salute restaurants doing just about whatever it takes to stay in business. But just, ya know, don’t tease us like that.

Marijuana and food go together like, well, marijuana and food, and we can expect in the coming years to see restaurants in legal weed jurisdictions find new and novel ways to serve herb on site. One such endeavor was launched in October 2019 in Los Angeles.

At the Original Cannabis Cafe, you can order actual herb with your food (as well as chocolates that are chocolates and not marijuana made to look like chocolates) or just bring your own. To be honest though? There are more than enough books and Netflix shows about cooking with weed for you to create your own little cannabis cafe at home. 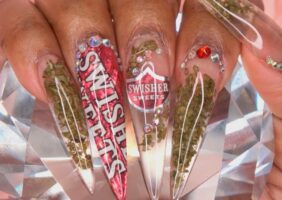