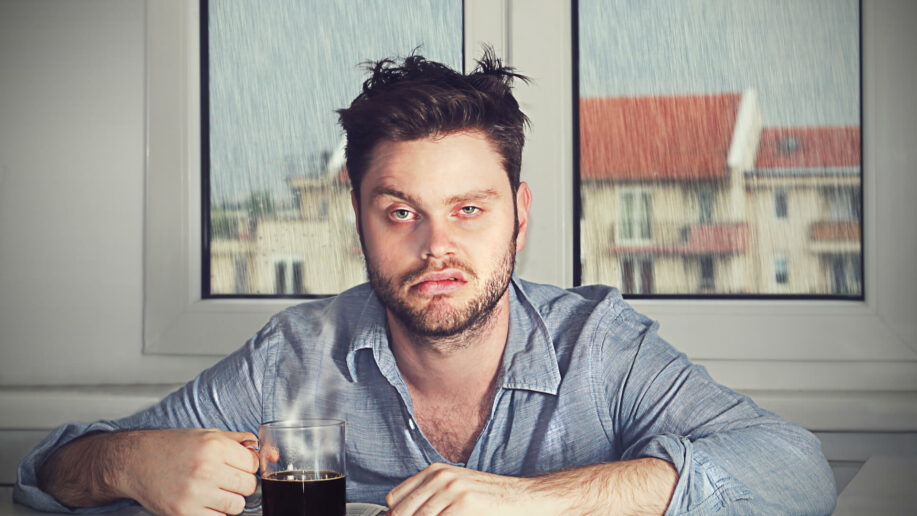 Weed Hangover – Can Cannabis Cause Hangovers?

Your old college roommate came through last night like promised. It was just like the old days – 2 am and they’re downstairs materializing joints as if from thin air until next thing you know it’s Sunday morning and you’ve got that “questioning your life choices” thing going on.

Research is lacking, but anecdotal evidence holds that the marijuana hangover (the “weedover”) is a very real thing and at times it can be a real drawback to a heavy smoke session.

• Global Survey: America Is the World “Wake and Bake” Champ

• 10 Tips That Will Help You Enhance Your Cannabis High

• A Dozen People Were Hospitalized After Eating Weed-Laced Paella

So, what does the research say? Apparently the academic and scientific community doesn’t see it as a national crisis. Nonetheless, some studies have been performed.

A study carried out in 1985 gathered together 13 male marijuana smokers who had followed a trail of girl scout cookies left in the parking lot of a Pizza Hut adjacent to the research facility (not really). The 13 smokers were given 2.9% THC marijuana joints (the 80s were a dark time my friends) and placebo joints (not technically the same thing) and then the next morning the researchers noted that those who had smoked the not-good-at-all marijuana took longer to perform a specific task.

“The findings suggest that marijuana smoking can produce residual (hangover) effects the day after smoking,” the researchers stated.

A 1990 research study gathered 12 regular marijuana smokers who on one weekend were given placebo marijuana and the next weekend, 2.1% THC marijuana (how did the weed get worse since 1985?). The researchers checked the subjects the next morning and found “no evidence of residual subjective intoxication.”

But why listen to a researcher when you can just ask your stoner friends or your parents?

Anecdotal evidence is unequivocal on this – marijuana can cause an effect similar to a hangover.

What does a cannabis hangover feel like? You wake up feeling sluggish with a foggy head, parched mouth, and throat and very – very – little desire to seize the day. The good thing about a marijuana hangover is that it lacks the stomach-wrecking nausea and soul-destroying dread of an alcohol hangover. And even better, it passes much quicker.

So how do you recover from a weed hangover? With some of the same methods that you’d use to power through an alcohol hangover (known as “a hangover”)

Water – not just for bongs

Dehydration is a big reason why you feel so crappy the morning after. Chances are you weren’t drinking enough water the night before and marijuana is really great at giving you a dry mouth and throat. Have a tall glass of water after you get up, and make sure to stay hydrated throughout the day.

A nice breakfast should get your energy up and make you feel a little better, or at least that you accomplished something this morning.

A weed hangover can make you feel like you bathed in smoke all night. Take a long hot shower and let that steam open your airways.

A cup of strong tea or coffee can get you on your feet to greet the day, what you do after that is up to you.

Step out for a walk

Heading outside even just for a spin around the block can have you feeling reinvigorated, or just that you’re back with the living. Don’t worry, you can easily be back on the couch in 5-10 minutes.

Many people say that Cannabidiol (CBD) can ease the effects of a weed hangover, so if you have any that’s THC-free, give it a shot.

Prevent a hangover by not smoking? Nah…

Really though, the best medicine for a weed hangover is time. By mid-day or early afternoon you should be feeling better, if still a little bit foggy-headed.

And perhaps more importantly, you should try to do what you can to avoid getting a weed hangover altogether.

Try to make that last session of the night not too late. If you’re still taking power hits and passing blunts around at 3 am, don’t be surprised if you’re moving slow the next morning. Try to avoid alcohol or excessive alcohol – which can make the weed hangover worse and, of course, produce its own hangover.

When you do turn in, keep a big glass of water next to the bed and make sure to drink a healthy amount throughout the night.

Mainly though? Try not to overdo it. Make sure to be mindful of your limits and if you’re taking edibles, watch your intake closely (edibles often cause that morning after effect). And everybody loves the munchies, but when they hit, try to keep your junk and fast food intake to a reasonable excess.

Follow these rules and you should be in good shape to overdo it again by tonight.