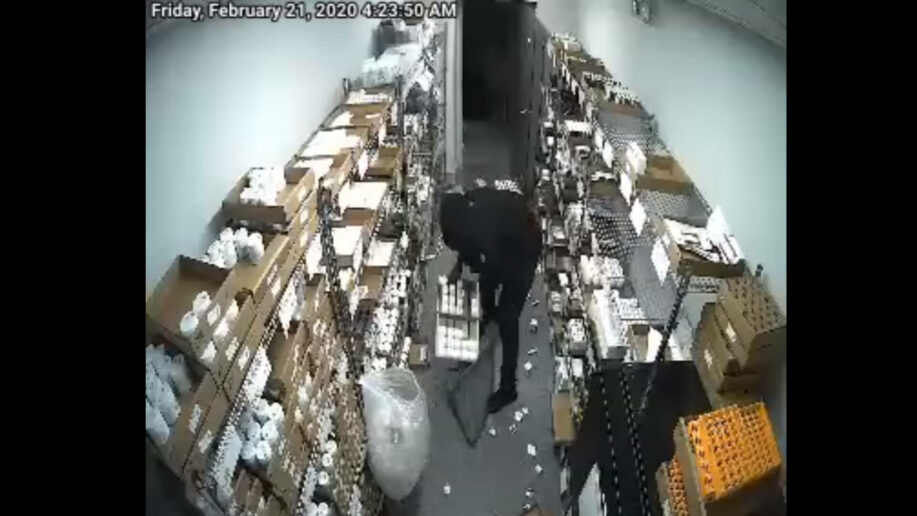 Early Friday morning, a trio of thieves broke into two medical cannabis dispensaries and it seems they made sure to time one of their heists to exactly 4:20 a.m.

• Someone Stole Weed From a Cannabis Amnesty Box in Chicago

• Dispensary Employee Fights off Three Thiefs With a Glass Bong

Two burglars first broke into the Trulieve dispensary at 645 Bayway Blvd. in Clearwater, Florida, at about 3:43 a.m. According to Clearwater police, they pried open a window and then ransacked the store’s storage room.

According to a Facebook post by Clearwater police, the two cleared out the dispensary and joined a third person waiting outside in a black Chevy Camaro.

A little under an hour later, the same trio then apparently hit the Clearwater Trulieve location at 24639 U.S. 19.

The dispensary’s outside security camera captured a black Camaro pulling up to the store at exactly 4:20 a.m.

The storage room camera inside that store showed two of the three suspects grabbing everything in sight and throwing it into a bag.

“Take note of the blue shoes that one of the suspects wore in case you recognize those unique sneakers to go along with the unique car,” said the Clearwater police Facebook post.

Trulieve is a licensed medical cannabis provider with a number of branches in California, Connecticut, Florida, and Massachusetts.

According to the Tampa Bay Times, police said similar break-ins had been reported in other parts of Florida including Lakeland, Vero Beach, and the Villages.

On Friday, police in Gadsen county in northern Florida arrested a Trulieve employee for stealing marijuana products and selling them on the black market.

53-year-old Sonya Hammerberg sold stolen marijuana on two occasions for a total of $150. She now faces a felony distribution of marijuana charge.

Clearwater police ask anyone with information about these crimes to call (727) 562-4242.