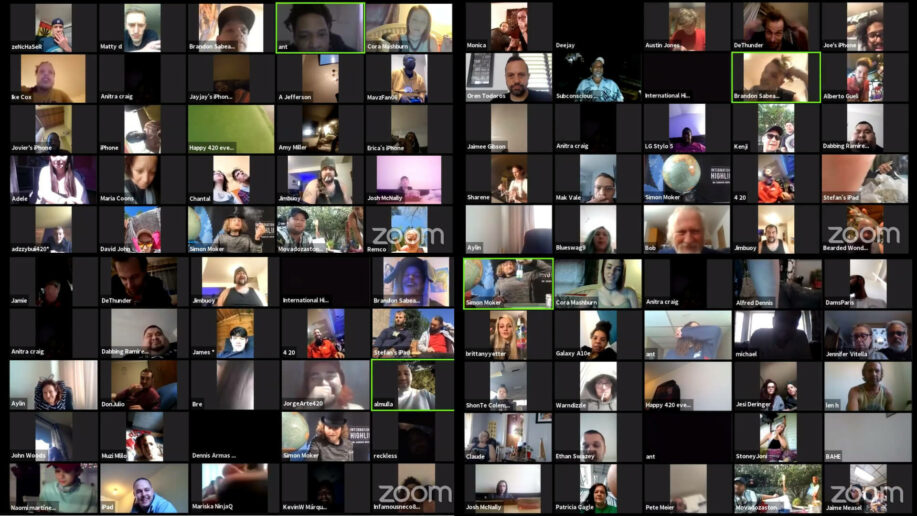 It’s been a week now since 420 and that gave everyone on our team some time to reflect on what was probably the strangest, and yet best 420 we ever had.

Long before the term “coronavirus” entered the public view, it was clear that this year was going to be different. 420 on 4/20 was bound to be a glorious day and we feel blessed to be born in the right century to witness this epic day.

• The True Origin Story of ‘420’ – Told by the Creators Themselves
• 10 Fast-Growing Autoflower Strains for Impatient Cannabis Growers
• Nike Delays “Strawberry Cough” Sneaker Because of COVID-19, Gives us “Reverse Skunk” Instead

Just like everybody else, we had big plans. We’d gather all the stoners of the country and occupy a huge public space, ringing in 420 with the biggest smoke out the world had ever seen.

What happened instead will be studied in history books of future generations. Unprecedented closures of public spaces, social distancing rules, and full-on lockdowns became our new reality. 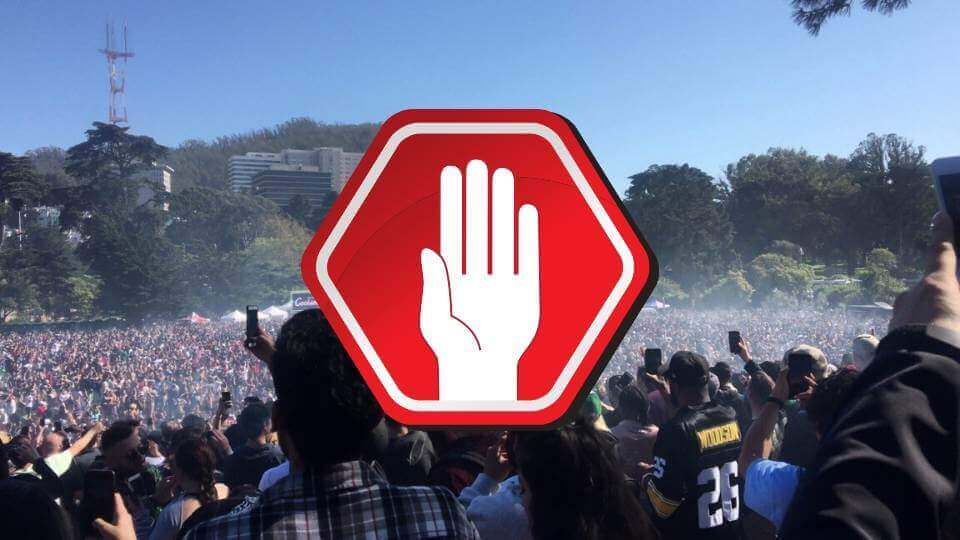 This is what 420 could have been – but coronavirus says no

Instead of letting this harsh reality define our day, the International Highlife team had a stroke of stoner genius. Just because we can’t sit next to each other in some park, doesn’t mean we can’t all smoke together. There had to be something we could do to make this 420 one to remember — for the right reasons.

What started with a simple joke on the sidelines of a (virtual) team meeting, quickly turned into the IHL 420 online smoke sesh — the biggest virtual smoke out the world had ever seen.

Right from the first moments of announcing the event, we knew it was going to be big, but what happened over the course of almost an entire day online with thousands of beautiful strangers from all over the world, turned into the most amazing 420 celebration imaginable.

Between Australia and the US, we met thousands of people from all walks of life and formed short but intense bonds with people we may otherwise never have come across. Stoners from Texas shared a virtual spliff with their counterparts in Canada, Finland, Nigeria, and Malaysia.

We celebrated birthdays, anniversaries, and even a wedding. We watched Kevin cook dinner for 4 hours straight — you never told us what you made — and waited in excitement if Zoidberg would flip his pancakes in time (spoiler alert: he burnt at least two of them.) 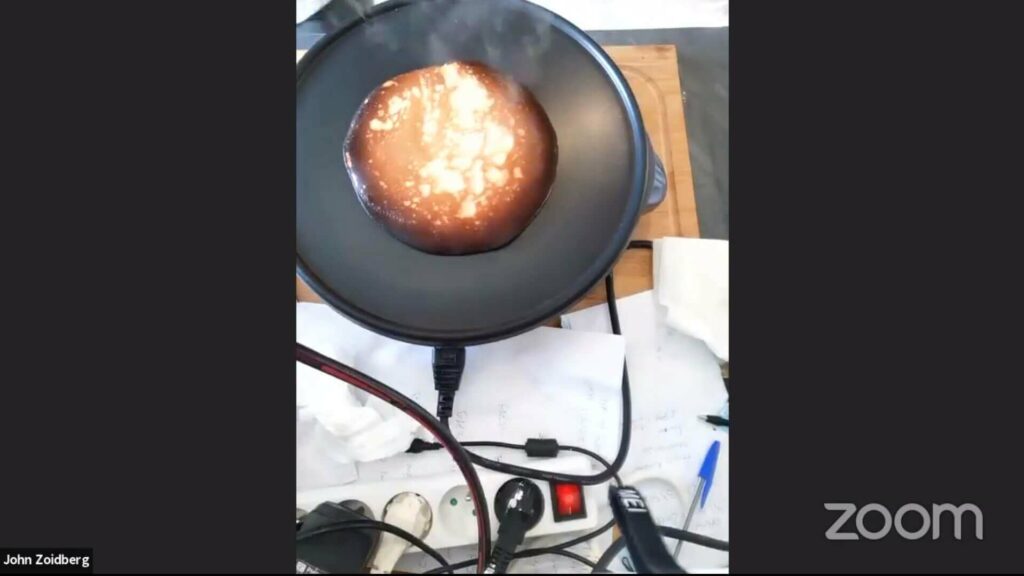 This is what happens when you make pancakes while 7000 people are watching — the pressure gets to you.

Brandon, also from Canada, launched a spontaneous cannabis education session handing out strain advice to everyone who asked (this is probably the point where I should tell you not to take medical advice from a stranger on the internet).

Jimbuoy and Dabbing Ramirez definitely became buddies during the stream, and everybody at the office is still amazed by how long Josh can sit still without moving. If you’re reading this, we actually had a bet going that your screen just froze but then you suddenly woke up and took another hit… respect.

Alfred with the crazy snake bong, how are you even awake after taking bong hit after bong hit for the better part of 8 hours? And to Brandon from earlier, respect for actually coming back for the last half hour of the event. 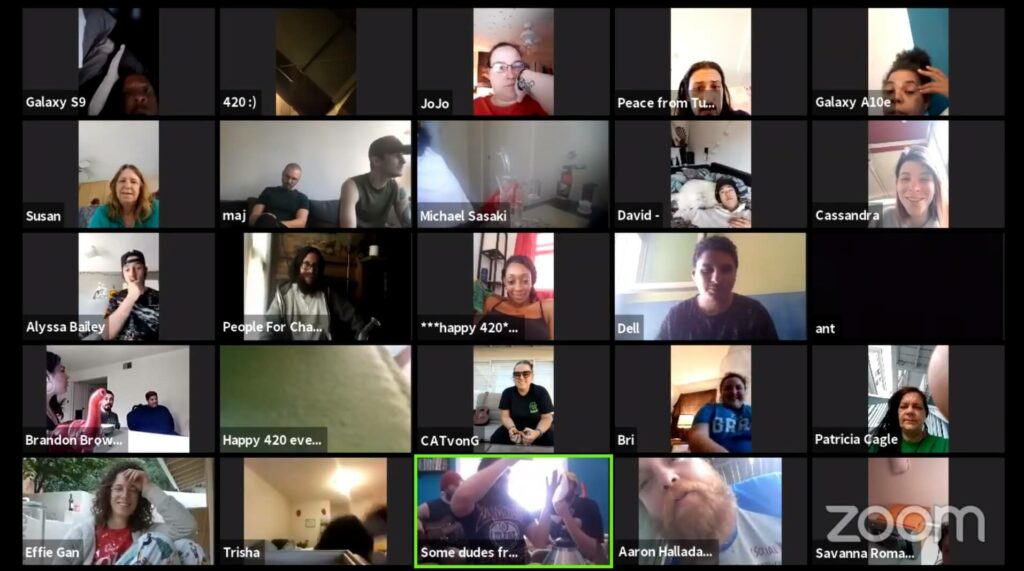 There would be countless more people and stories to mention; enough to fill at least another few pages, but it all boils down to this:

During one of the craziest times of the past 20 years, one that many of us will remember as a critical part of their lives, the cannabis community came together in the most amazing way.

In the many hours we spent on stream, many of you said that this event saved your 420, that you were having a horrible day until you came online with everyone else, and this event reassured you that we’ll all get through this insane period.

Seeing the smiles on everybody’s face when the clock hit 4:20 once again or when the main camera view focused on them, hearing all the great stories from far-away places and seeing all of us come together made this the most amazing 420 we ever had.

To the 7,000 people who celebrated with us on Zoom and the almost 110,000 who watched on Facebook — thank you for the best 420 ever from everyone at International Highlife.

Did we break a world record? Probably. Let’s go with yes.