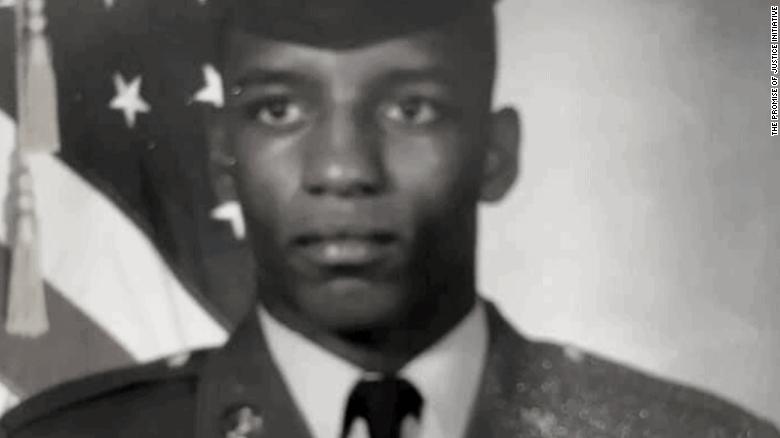 A Gulf War veteran who was sentenced to life in prison for selling 0.69 grams of cannabis will soon be released from prison.

Derek Harris was arrested in Louisianna in 2008 for selling the tiny amount of weed to a police officer and was initially sentenced to 15 years in prison.

But that wasn’t enough for the Louisianna justice system, and in 2012, he was resentenced to life in prison under the Habitual Offender Law, which allows judges to hand down stricter sentences on someone who has already been charged before.

Harris took his case before the Louisianna Supreme Court, claiming he received “ineffective assistance of counsel at sentencing on post-conviction review.”

The District Attorney’s office ultimately agreed that the defendant’s first attorney was ineffective, and his marijuana charge did not warrant a life sentence.

Louisiana Supreme Court Justice John Weimer wrote in the decision that Harris was not a “not a drug kingpin” and could not be classified “as a drug dealer, so far as I can tell.”

“[Harris] developed a substance abuse problem after returning from his honorable military service in Desert Storm,” Weimer wrote, “and his prior offenses were nonviolent and related to his untreated dependency on drugs.”

Weimer wrote that those were the main reasons the maximum 30-year sentence was not imposed. He also said that the trial court imposed a life sentence when the multiple offender bill was passed.

Harris’ attorney told CNN on Friday that he is working with the Louisiana Department of Corrections to get him released as soon as possible and reunite him with family in Kentucky.

Harris’ case is the perfect example of unnecessarily harsh punishments given to people that have already been dropped by the system.

It is also reminiscent of the case of a disabled war veteran who was sentenced to 60 months in an Alabama prison after being caught with out-of-state legal medical marijuana in a state where it isn’t legal.