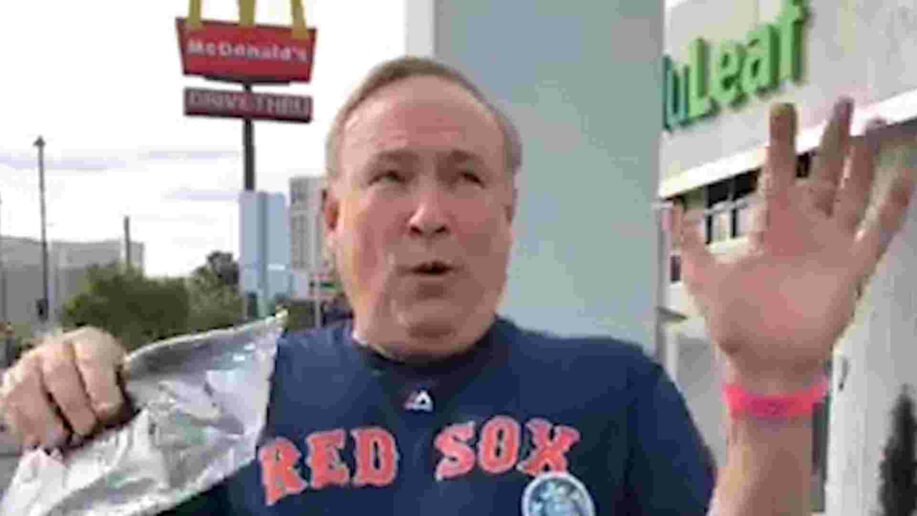 A well-respected Utah state senator has made the decision to try cannabis just ahead of a vote on the potential legislation of medical cannabis. Senator Jim Dabakis, who is a Democrat from Salt Lake City, traveled to a legal cannabis dispensary in Nevada, to try cannabis for himself.

The Senator posted a video to Facebook bashfully revealing that he had never tried cannabis in any form before and that it would be his first time experimenting with the herb. The videos came about just in time for Utah voters to view the footage before voting on a medical cannabis initiative in November. It dawned on him that perhaps nobody on the Senate floor had ever tried cannabis and that if they would see for themselves that it had no harmful effects, they might be inclined to allow those who need cannabis to obtain it legally.

What The Video Revealed

In Senator Dabaki’s video, he is pictured outside a legal dispensary after purchasing cannabis edible in the shape of a giant gummy bear. After eating half the cannabis treat (which he was not impressed by) Dabaki went on to say that it was bitter and not recommendable as sheer candy. On that note, he went back to his hotel and promised to report back on the effects at a later date.

The following day the Senator published a second video, which essentially conveyed that he thought his experience was no big deal and whilst he did feel the psychoactive effects of the cannabis, he didn’t experience any negative side-effects as a result of eating his cannabis gummy bear.

The purpose of the video was to demonstrate that cannabis is not harmful and that it should be accessible to those who would benefit from its therapeutic effects. Dubakis then went on to encourage his colleagues in the legislature to take part in their own first-person experiment prior to the upcoming debate, so they could experience the truth about cannabis for themselves. The truth being that it is nothing to be afraid of and it really isn’t the hyped up mind-altering drug that many people make it out to be.

What Did Senator Dabakis Conclude After The Trial?

Vote for Prop. 2. Because if you don’t, trust me, they will either not pass medical marijuana, or they will put such poison pills in there that nobody will be able to get medical marijuana. And they’ll say, ‘well, you know, the people voted against it.