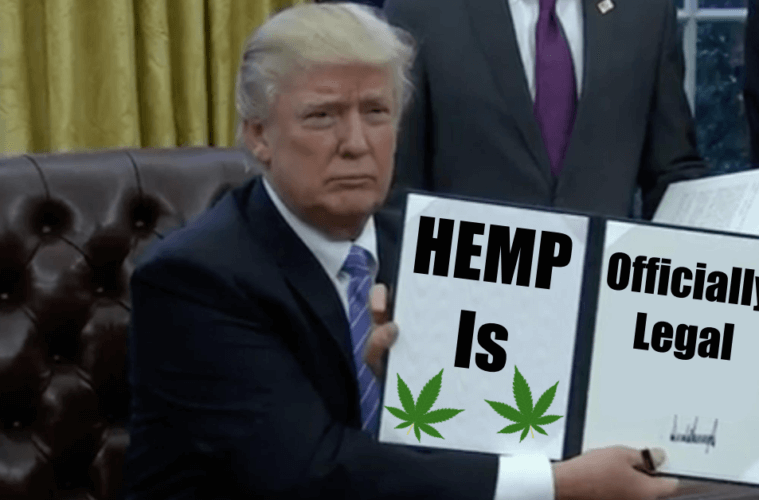 It’s official, the era of hemp prohibition is over.

Today, President Trump has signed the 2018 Farm Bill! Famers are now able to farm hemp across the United States legally. This is amazing news for the cannabis industry in the United States.

The 2018 Farm Bill was passed by the US House and Senate last week. Today, President Trump addressed and signed the legislation at the White House—and he did it live.

The US President called the passing of the bill a “bipartisan success.” This is because both the Republicans and Democrats worked together on the bill almost flawlessly, which is not something that often happens in Washington.

What will the new law do?

Not all CBD products are automatically legal but, the bill places industrial hemp — which is defined as a cannabis plant with under 0.3% of tetrahydrocannabinol, or THC — under the supervision of the Agriculture Department and removes CBD from the purview of the Controlled Substances Act, which covers cannabis. Therefore, CBD products are legal as long as they are derived from hemp (and not cannabis).