The Ultimate Guide to Cannabis Seeds 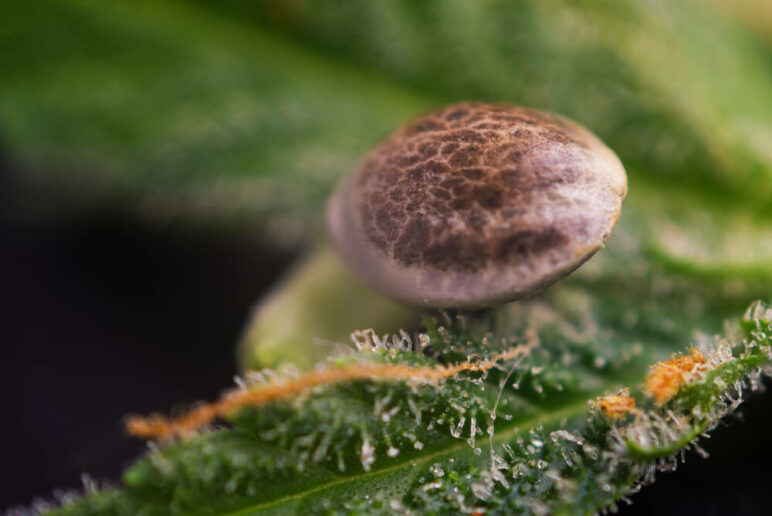 The Ultimate Guide to Marijuana Seeds

While browsing the internet to buy the perfect seeds for your garden, you have probably run across words like “regular,” “feminized,” “auto-flowering” or “photoperiod.” These classifications are used to describe what kind of seeds you are buying and play a significant role in what you should expect while growing them.

But what do precisely these categories mean? And how are they going to influence your decision? Let’s take an in-depth look!

What Kinds of Marijuana Seeds are There?

The seed type is a different term from the strain. Through appropriate techniques and crosses, a breeder can develop a strain’s seed in a feminized or auto-flowering variety. So, for example, you have White Widow regular seeds, but you can also find White Widow Feminized and White Widow Auto, depending on your needs.

What kind of needs each of these classifications fulfill, is what we’ll see below. 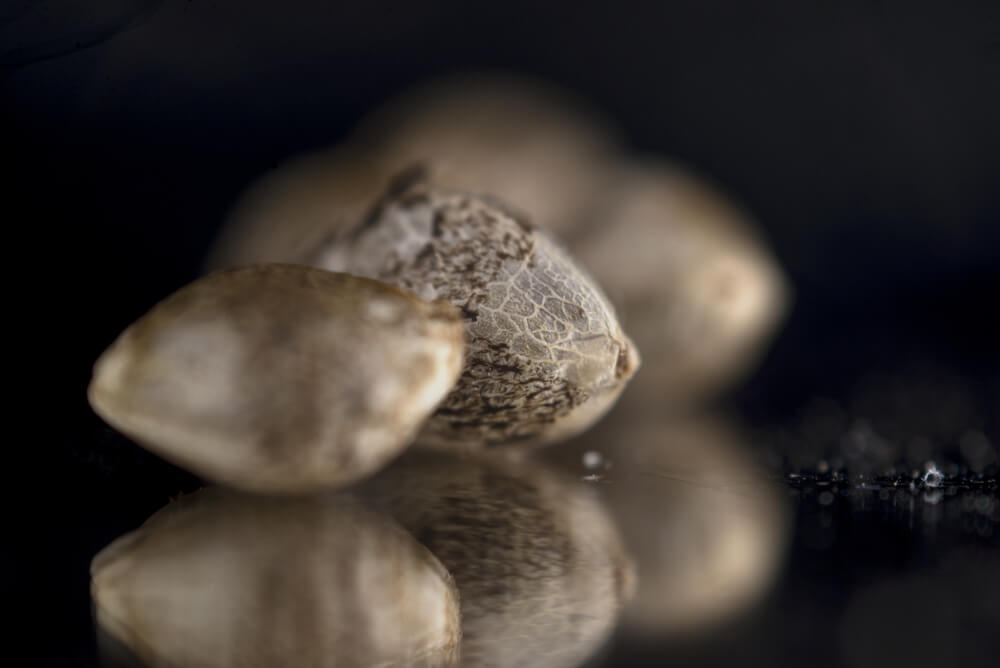 Regular seeds are the result of normal male-female reproduction: the pollen of a male pollinates a female. In turn, the resulting seeds have a 40-60% chance of developing into a male or female in the future. It is impossible to determine the sex of a seed just by looking at it.

Sex formation usually happens during the late vegetative/early flowering period. At some point, males will start developing pollen pods, while females will produce calyxes shaped like a teardrop.

Bear in mind that you only need the females: If you are growing regular seeds, then you should always assume that approximately only half of them will turn out the way you want. That’s why you should always plant a few more plants and -more importantly- watch out for any males in your garden.

Some strains have no available feminized seeds and are available only in their regular form. That’s about the only reason a casual grower should ever dabble with this kind of seed. Unless you don’t mind doing the extra work and checking frequently, search for the feminized version from a reputable breeder. It will save you a ton of time and frustration. 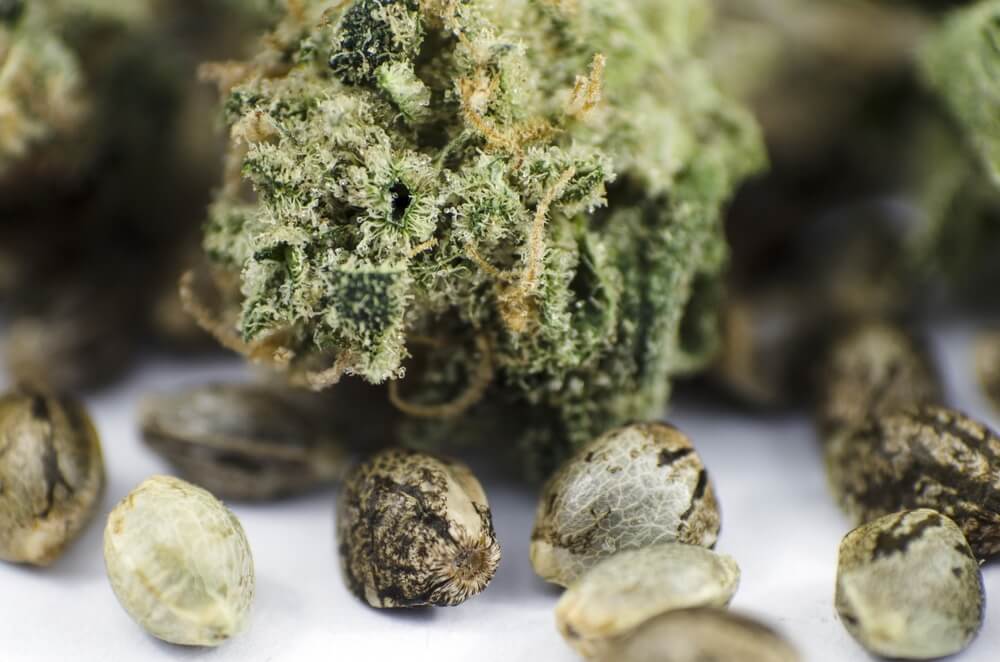 Feminized seeds solve almost all of cannabis sex problems, as they are specially engineered always to turn out female. Although earlier iterations of these types were not always stable and turned out hermaphrodite, breeding has improved dramatically.

Their appearance on the marijuana growing scene is a relatively new phenomenon, as they were first released during the 1980s.

The most usual method that breeders utilize to create feminized seeds is to stress a female plant into hermaphroditism forcefully. Then, they use the pollen produced by it to pollinate another female plant. This process provides feminized seeds that are about 90% certain to turn female. These varieties grow and develop exactly like regular seeds, and although they tend to be a tad more expensive, they are worth the money.

Some of the pros of getting high-quality feminized marijuana seeds are the following:

Frankly, the only downside of feminized seeds is that you can’t breed your own seeds. Instead, they are specifically engineered for people who want to grow and enjoy the flowers of their marijuana plants. If you are interested in getting into marijuana breeding, you can create your very own strains, but this requires significant time and money investment.

As convenient as feminized seeds are, you should always source them from reputable vendors and seed banks to avoid nasty surprises. A quick google search will quickly help you identify which seed traders are the best in the business.

A well versed marijuana user will know that marijuana plants are both male and female. There is no way of knowing what sex a marijuana plant will eventually develop just by looking at the seed.

The scientific name for this trait is dioecious. Other common plants, like spinach and mulberries, have the same characteristic. The female plants require pollination from the male plants to reproduce. In the case of cannabis plants, reproduction does not involve birds or bees, but instead, bursting sacks of pollen!

Although both the male and female weed plants will flower, there are significant differences in the way they do. First of all, male flowering plants will not produce smokable buds. Instead, what you’ll get are sacks filled to the brim with pollen.

Pollen is capable of destroying your crop, as pollinated females will produce seeds instead of THC-filled buds. Unless you are a breeder, this is a disaster that should be avoided at all costs!

What About Hermaphrodite Plants?

There is a third sex of marijuana to talk about: Plants with the hermaphrodite condition. Hermaphrodite means that the plant contains both male and female parts. In the marijuana world, this demonstrates up as female plants with male flowers.

Once upon a time, back when feminized seeds were a new entry in the marijuana growing world, some unstable genetic lines would result in hermaphrodite plants. Even today, getting seeds from an obscure vendor might be a bit risky. However, this is not a problem that should deter you from using feminized seeds.

Usually, hermaphroditism happens only under specific environmental conditions. For example, if the plant undergoes unnecessary stress, it might cut its losses and pollinate itself. Or, if a female plant has flowered for too long, it will again merely decide to reproduce by itself.

Female weed flowers or buds are the juicy cones we all know and love. For those who haven’t seen a male weed flower before it does not produce traditional buds. Instead, its flowers look less delicious and more decorative. It looks like a wild blossom, not a potent herb.

This seed category has to do with the flowering cycles of cannabis. Both indica and sativa strains rely on light cycles to trigger their flower stage. Light intake is the plant’s way of determining the change of seasons and adapt accordingly.

Usually, marijuana seeds are planted during spring and go through the vegetative period through summer (more than 12 hours of light). As the sun gets scarcer, the plant “understands” that winter is coming and enters a state of flowering. This phenomenon is known as photoperiodism.

Outdoor plants can detect changes naturally, as the seasons pass. However, in case you are an indoor gardener, then you are responsible for adjusting the light intake of your plants. Usually, to induce flowering in feminized and regular seeds, you need to provide at least 16 hours of uninterrupted darkness. You can do that either manually, or by getting a time switch for your grow lights.

The “X-factor”: The Ruderalis Strain

Auto-flowering strains eliminate the need for this adjustment by introducing the genetic line of the ruderalis strain, a lesser known type of cannabis that doesn’t require specific light conditions to flower. It will flower at the same time in its growth, time after time. Instead of needing a particular environment, it only needs to reach a certain age to start flowering on its own.

Growers have taken advantage of the ruderalis characteristics and interbred with other strains of weed. These crossovers tend to flower no matter what is going out around them, albeit the yields they produce are usually lower and the plants tend to grow smaller. Several breeders specialize in creating auto-flowering varieties of familiar strains, sometimes with surprising results.

Before you get an auto-flowering strain

Although it sounds effortless, growing an auto strain will require a lot of care in the first few weeks. Due to their nature, autos will reach flowering no matter their health status. Therefore, if you are not careful, it is possible that your plant will enter flowering even if it’s sick, producing significantly inferior quality buds.

Combined feminized/autoflowering seeds are great if you are short on time, or growing outdoors in northern climates which might not get enough sun. However, if you are more concerned with high yields, a feminized seed will do just fine. 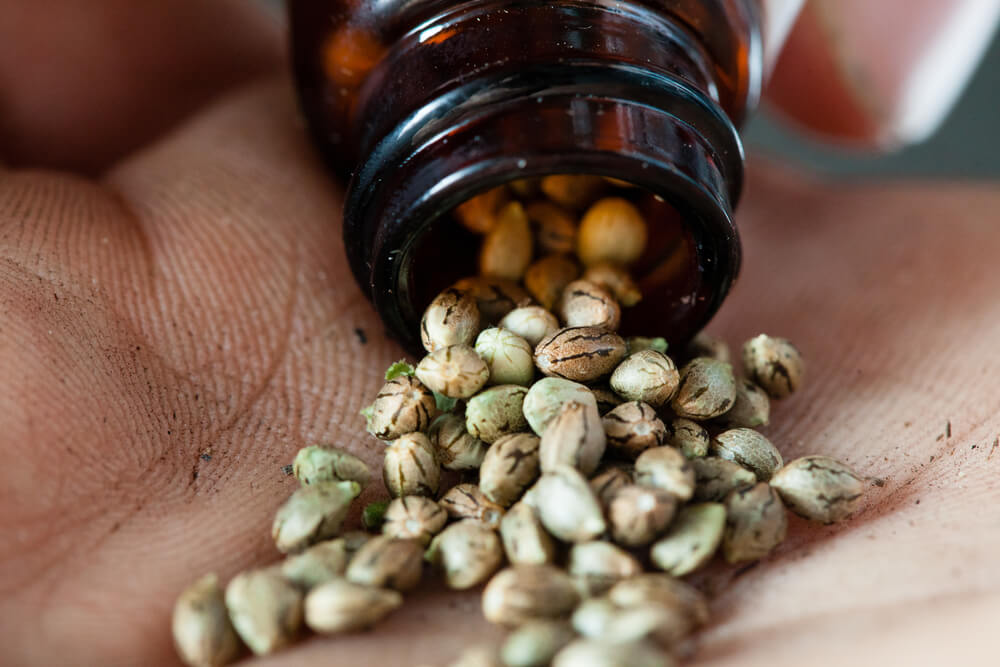 Online seed sales is a booming business, despite the question of legality. In Canada, seeds are shipped using regular mail in labeled packaging. In other countries, companies have gotten a bit more sneaky. For example, some companies will ship seeds in ordinary, everyday items like pens and birthday cards.

In general, however, seeds themselves are not illegal, and you’ll have no problem obtaining your seeds if purchased online. In Europe, for example, seeds are sold legally as souvenirs. If you ever visit a website, you will see a tiny disclaimer that clarifies the official type of the transaction. Nobody has ever been arrested for seed possession.

Growing them, however, is a whole different story. You should check the local laws regarding the legality of marijuana and act accordingly. Be safe and use common sense if growing at home or outdoors. 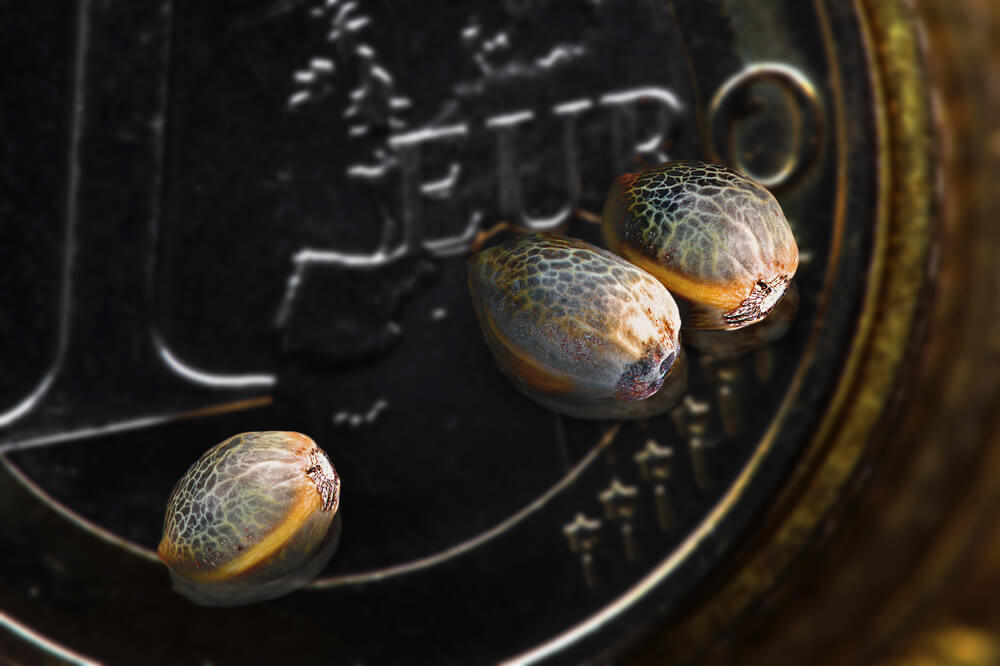 In case you don’t know where to start, you can always use SeedFinder to track down the strain you want to grow and the available vendors. The database includes reviews of hundreds of seedbanks, data for the genetic line of thousands of strains and a convenient rating system. Although the interface might look a bit dated, it is your best bet out there, aside from the major names in cannabis breeding, such as Barney’s, Dutch Passion or Royal Queen Seeds.

2 responses to “The Ultimate Guide to Marijuana Seeds” 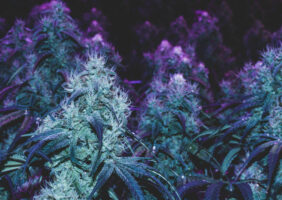 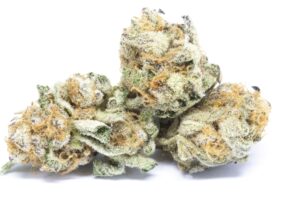 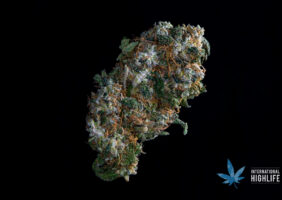 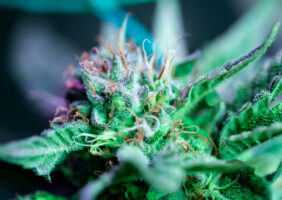 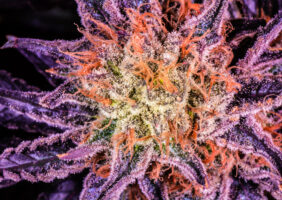 Cannabis For Pain: The 10 Best Strains For Chronic Pain Relief