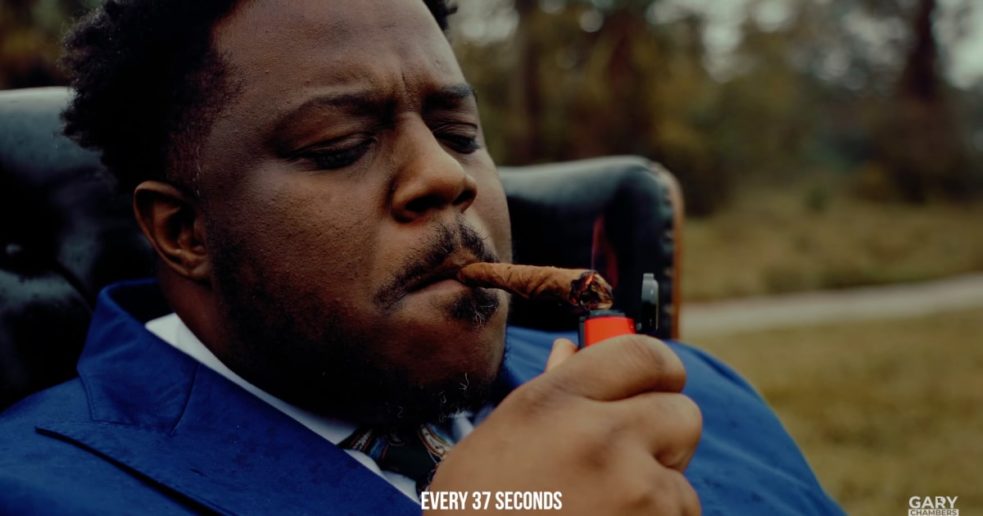 Chambers opens the advertisement, titled “37 seconds,” with an image of him lighting a blunt and smoking it.

“Every 37 seconds someone is arrested for possession of marijuana,” Chambers said in the video.

“Black people are four times more likely to be arrested for marijuana laws than white people,” Chambers said. “States waste $3.7 billion enforcing marijuana laws every year. Most of the people police are arresting aren’t dealers, but rather people with small amounts of pot, just like me.”

Louisiana enacted a law in 2021 that decriminalizes possession of up to 14 grams of marijuana. Those who are caught will face a fine of up to $100 but no jail time. In August, New Orleans pardoned about 10,000 people with convictions or pending penalties for small amounts of marijuana possession.

“We must move toward criminal justice reform regarding marijuana arrests by pushing away the stigma and being real,” Chambers said in a statement to CBS News. “Some parts of the country are fighting opioid addictions and creating millionaires and better schools from the marijuana industry. Others are creating felonies and destroying families. I can’t stand for that.”