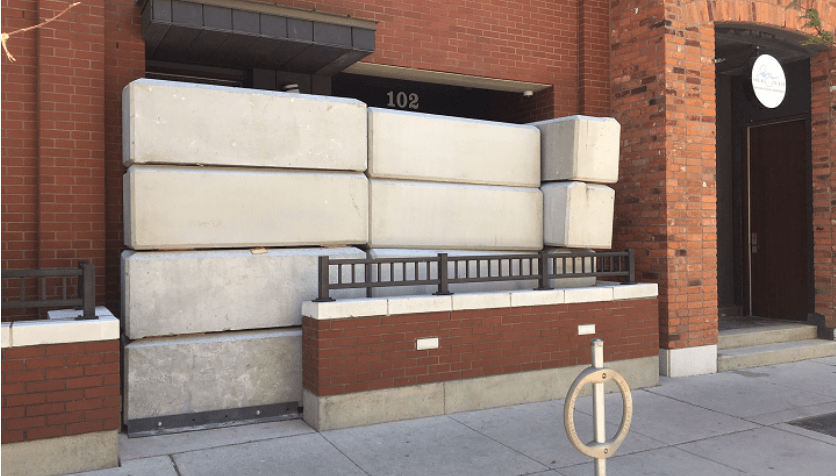 As reported by Global News Canada, the City of Toronto has resorted to using huge cement blocks to prevent unlicensed cannabis dispensaries from reopening in the city.

Blocks were first placed in front of the doors of an alleged illegal dispensary near Yonge and Bloor streets in May. 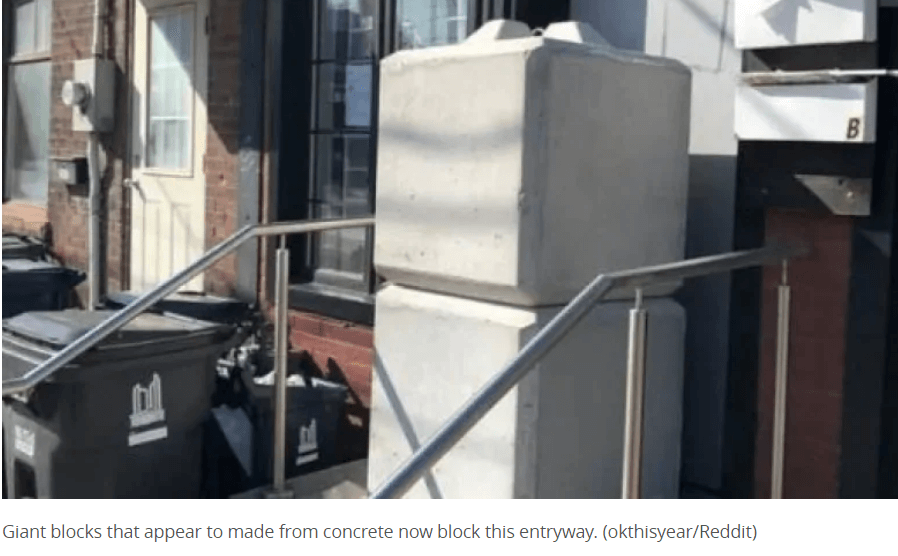 “We did an initial enforcement action at this location several weeks ago,” Mark Sraga, the director of municipal licensing and standards for the City of Toronto told Global News Radio on Friday. “The operators chose to ignore that.”

Sraga said the city took a number of measures to make sure no one could go back into the location on St. Nicholas Street, including changing the locks on the doors.

However, the owners allegedly broke back into the location and continued to illegally sell cannabis, Sraga said.

“We then employed a more significant enforcement action,” he said.

At least a dozen blocks could be seen covering the front doors on Saturday, which sits at the base of a condo building.

“They were delivered on a flatbed truck that had its own crane mounted on it and they placed the blocks,” Sraga said, adding the city worked alongside the building’s condo board prior to taking action.