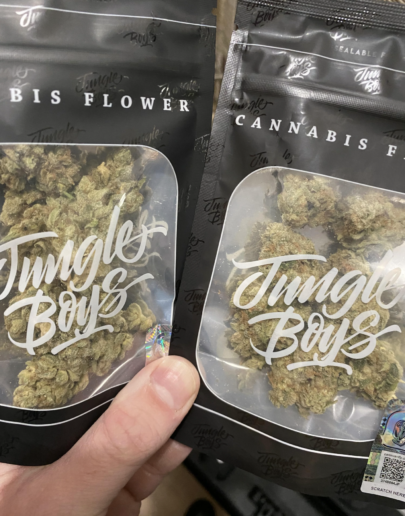 In a lawsuit filed last month against the famous cannabis company Jungle Boys TLC, two employees claim they were fired for raising concerns about the company’s work conditions, gender discrimination, and unpaid wages, according to a report published by Leafly. Jungle Boys contends that the employees were fired for drinking on the job.

Plaintiffs Donna Rivadeneyra and Mario De La Cruz allege in the lawsuit that the company used “stacked entities” to utilize illegal labor and that they were fired for speaking out about the company’s shady practices. Rivadeneyra claims in the lawsuit that she faced gender discrimination and that when she was asked to move from a trimming job she was told “they were called ‘Jungle Boys’ for a reason: that no women were allowed to work in the growing operations,” according to court documents outlined by Leafly. She claims she was also warned that she would be terminated if she were to get pregnant. Additionally, Rivadeneyra accuses members of Jungle Boys’ human resources team of trapping her in an office in an attempt to try to force her to sign a release of her claims.

In response to the lawsuit, a Jungle Boys spokesperson denied the allegations and said “the action will be defended in court on its merits.”

In a statement to Leafly through their attorneys, Jungle Boys said that “an initial investigation into this action reveals that the allegations in the complaint are not accurate.”

The company defended its decision to not move Rivadeneyra from her trimming job due to her lack of experience, not her gender.

“Jungle Boys is known for its exceptional product and certain standards are expected from seed-to-sale,” the company said in its statement to Leafly. “Hiring is based on those expectations and the experience the employee brings to the team. Cultivation positions are usually sought by those with previous cannabis cultivation experience.”

The lawsuit, which was filed in California Superior Court, alleges 17 total complaints and seeks “unlimited damages.”