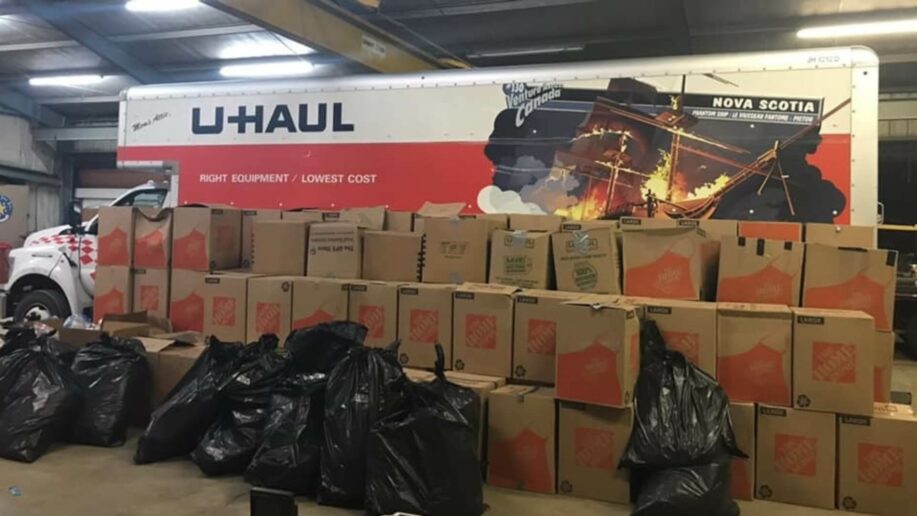 In December 2019, a Facebook post by the Texas Department of Public Safety made the rounds on the internet. DPS officers proudly announced that they had uncovered an illegal shipment of 3,350 pounds of weed hidden in a 26-foot U-Haul truck outside Amarillo.

The cops pulled over 39-year-old Aneudy Gonzalez for a routine traffic violation and after taking a closer look at the truck, found dozens of moving-boxes full of weed.

They called in the DEA, which determined that Gonzalez was trying to smuggle the weed from San Jose, California, to the Bronx in New York City. He was charged with felony drug possession and quickly taken to jail.

That sounds like a resounding success for Texas law enforcement, right? But there’s one major problem with this story.

The massive shipment of “drugs” was actually a completely legal delivery of industrial hemp, a.k.a. not weed. That didn’t stop cops from arresting Gonzalez and having him spend almost an entire month behind bars, away from his family and his work.

Luckily, Gonzalez had a good lawyer, who, earlier this week, was finally able to get him out of jail.

“Today we beat the feds,” said Daniel Mahler, in a statement reported by KCBD11. “We maintained from the word ‘go’ that all he had was hemp, and this morning the US Government moved to dismiss the charges against our client. We will now be seeking the return of property and just compensation for our client losing a month of his life in the custody of the US Marshals.”

“The government threw me in jail for almost a month”

In an absolutely ridiculous claim, a DEA agent involved in the arrest said he believed the legal THC limit for hemp in Texas was 0.03%, not 0.3%. For anyone who doesn’t know, US federal law sets the THC limit for hemp at 0.3 percent — a fact you’d expect a federal agent of the Drug Enforcement Agency to know.

“Especially in a time right now of immense skepticism of law enforcement, the idea that Texas DPS and ultimately, a DEA task force agent, would have no idea what the law is and people go to jail that are completely innocent is horrifying to me, and I do believe it should be for the other citizens as well,” Mahler told KCBD11.

Gonzalez said he will go after law enforcement to get compensation for having been robbed him of a month of his life.

“I was just doing my job and the government threw me in jail for almost a month,” he told Law360. “I fully intend on pursuing justice, whatever that entails. Nobody has apologized to me. Somebody owes me an apology.”

A recent wave of states fully or partially legalizing cannabis has led to a confusing situation for law enforcement agencies. That, however, can’t be an excuse for lazy cops to jail innocent people because they got confused.

The government needs to either make sure that their agents are better educated, or make the right choice and finally legalize cannabis at the federal level.