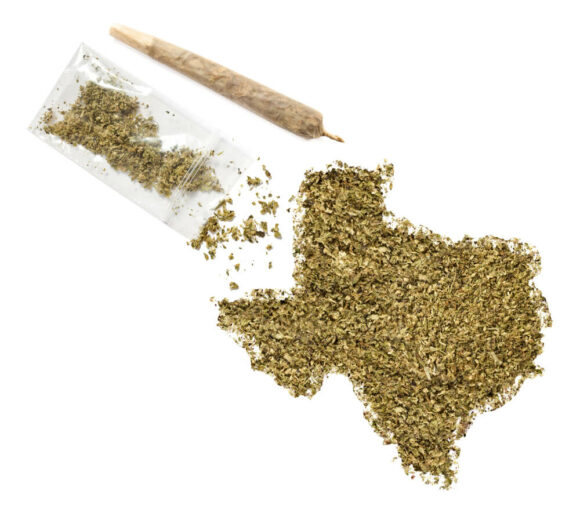 The restrictive Texas Compassionate Use Program was approved back in 2015, but with a drawn-out implementation deadline of September 1, 2017. Finally, after a two-year wait, the first Texas cannabis dispensary is finally scheduled to open this December. Soon Texas residents will be able to obtain high-CBD, low THC cannabis oil for treating intractable epilepsy. However, the program still has a few hurdles to overcome.

In May, just three grow cannabis operations and dispensaries in Texas were chosen for conditional approval out of 43 applicants. In a state the size of Texas, only allowing three locations could make it difficult for patients who don’t live near a dispensary, while limited cultivation means less product and higher prices based on the law of supply and demand. While many insurance programs don’t cover cannabis-based medications, this could be a concern to many patients.

Knox Medical is one operation looking forward to opening for business in the coming months. Jose Hidalgo, the owner, spoke with Texas Public Radio about his facility to grow and dispense medical cannabis which is located in the tiny, rural town of Schulenburg. As the first Texas cannabis dispensary, Knox Medical is more of a manufacturing and distribution center than a traditional retail or clinical dispensary, as it won’t have an on-site storefront. Negating any concern with distance, clientele can place their order through an online portal and their products will be sent to them via courier, with a delivery fee depending on distance.

Despite being what many call a “step in the right direction”, as with many restrictive cannabis programs, the Texas Compassionate Use Program leaves many patients out in the cold. Currently the program only allows the prescription for severe, intractable epilepsy. Approximately 150,000 people in Texas are estimated to qualify for the treatment.

A spokesperson for Texans for Responsible Marijuana Policy Heather Fazio stated her disappointment in the program for the Texas Tribune,

We were very disappointed in how unreasonably restrictive the Compassionate Use Act was written. We’re grateful it was intended for some people to have access to some type of cannabis, but science shows [medical marijuana] can help countless Texans suffering from PTSD, multiple sclerosis, and severe pain.

Cannabis oil produced for Texas cannabis dispensaries must also be less than .5% THC, and must be vaporized or taken sublingually, smoking the product is expressly forbidden. In addition, the law states the patient must obtain a “prescription” from their physician in order to purchase the product, however, federal law prohibits doctors from prescribing marijuana which could make many physicians hesitant to prescribe the medication in the first place.

An attempt to expand the bill was introduced earlier this year, unfortunately, HB2107 never made it to legislation. So, although there may be light at the end of the tunnel for a few anticipating the grand opening of the first Texas cannabis dispensary, many are still left to wonder if their medical condition will ever gain enough attention from the politicians to garner their support.