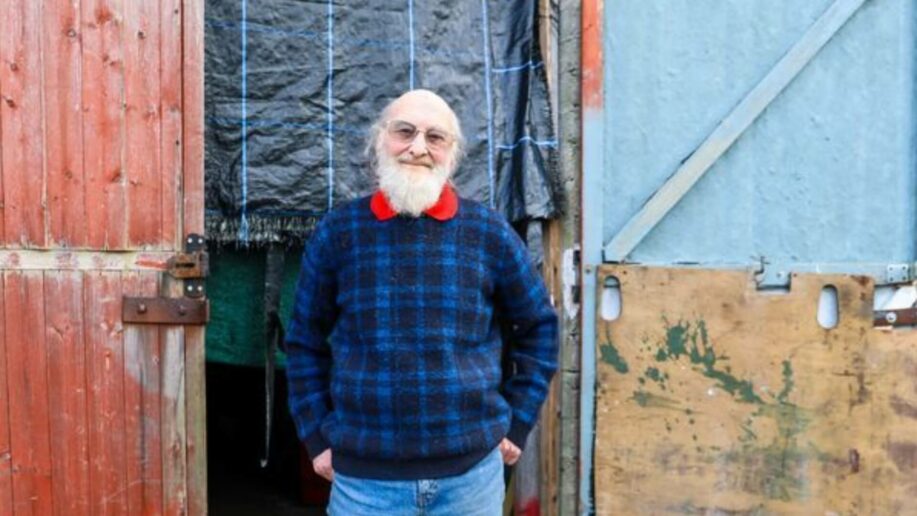 A terminally ill pensioner was arrested by British police for growing cannabis plants for medicinal purposes that he says are keeping him alive.

Philip Antony Bevington, who goes by the nickname Tony, was diagnosed with stage 3 kidney failure two years ago, which is an incurable and terminal condition.

Faced with having to go, and remain, on dialysis for the rest of his life, the former horticulturalist researched the medical benefits of cannabis.

After the 80-year-old tried legally available cannabis oil, which didn’t help him, he began to grow his own plants and extract THC and CBD from them.

Tony says the oils are the only thing keeping him alive and believes that they could give him another ten years to live.

“I’ve grown my own medicine to save my life. There are far more harmful drugs in Camborne to deal with than both an old man who’s dying anyway. I accept that I’m doing something that most people would not do. But I do enjoy life and this is medicine that helps me do that.”

British Police, however, are less sympathetic to his cause and, following a tip by a neighbor (*cough* snitch) Devon and Cornwall Police paid Tony a visit in January and confiscated his growing kit and around 60 plants.

Devon and Cornwall Police already cautioned Tony in during a previous visit in November 2019, and when they returned in January, Tony says they were “quite aggressive and told me that if they had to be called out to my house again they’d come at 3am and smash my door down.”

He now faces time in prison should he ever grow again.

“I know I am breaking the law but the law as it stands is an ass,” Tony told ITV. “I don’t deal drugs.”

Tony also says he never tried to hide the fact that he’s growing cannabis, and fully cooperated with police.

“I have been very open about it and when police officers came to my house and asked me if I grew cannabis, I admitted it and led them straight to it. I don’t even fiddle the electrics like drug dealers do. It was all above board.”

“To those who say that cannabis is an illegal drug, I say is it better to be illegally alive or legally dead?”

For now, the pensioner will rely on well-meaning friends who also grow cannabis, but he hopes for a change in British law in his lifetime.

Devon and Cornwall Police confirmed that they had visited Tony twice since November 2019.

“During the two visits made by officers in November and January around 60 plants, believed to be cannabis, were seized,” a spokesperson said. “Police officers carry out their duties following the law which states that it is a criminal offence to possess, cultivate or supply drugs and as such we will take appropriate action.”

“While we understand that the legalisation of drugs for medical reasons continues to be subject of many discussions nationally, it is a matter for the Government, not police. At this time three people remain under investigation for a range of drug related offences, therefore it would be inappropriate for us to comment further at this time.”