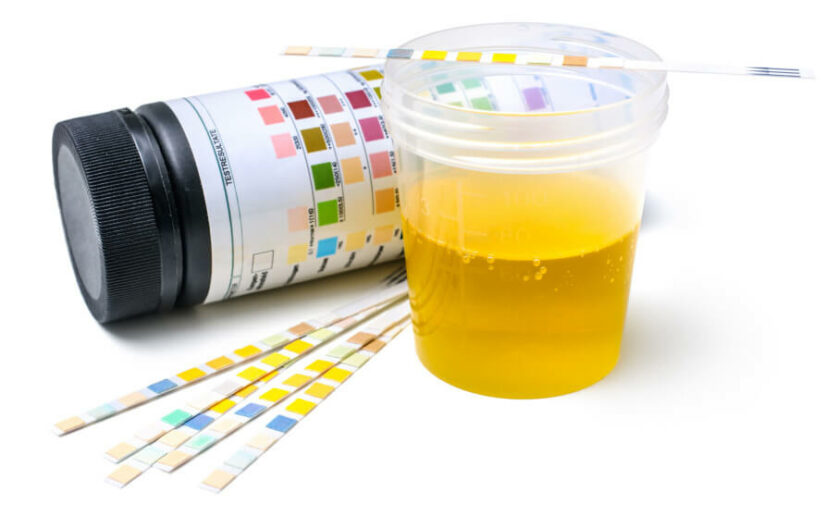 Another interview, another drug test. It’s increasingly common for potential employers to enforce mandatory drug tests these days. It’s also frequently common for employees of certain industries to be subject to randomized testing on the job site. Is it fair? Probably not, but for many workers, it’s just a fact of life.

In frontier towns, like those on the outskirts of mining and oil areas, drug detox kits and synthetic urine products are sold in nearly every neighborhood shop. Before people head back to the job site, they search for the ways to avoid getting caught for their off-duty habits. The efficacy of detox kits are covered here, but what about fake pee. Does synthetic urine work for lab tests?

Synthetic urine is exactly what it sounds like; fake pee meant to mimic the real stuff. It’s often a last-ditch solution for employees facing a surprise drug test. Faking a urine analysis is not as simple as it seems, so do the research before you get tested.

How Long Does Weed Stick Around?

Unlike other substances that enter and exit your body within a very short timeframe, weed stays around seemingly forever. More noxious substances like cocaine only linger for three or four days. Marijuana on the other hand sticks around for months.

If you smoke weed on a regular basis but decide to quit cold turkey, how long does it stick around? It can take upward of three months for it to flush out of your system fully. That’s 90 days of waiting to smoke again!

If you are a more casual user, and maybe only smoke it a handful of times a year, its easier to manage. Marijuana for the casual user will likely is gone entirely from blood and urine samples within ten days.

What Happens to Weed in Your Body?

Urine, blood and hair tests differ from oral swabs because they do not test for THC. Surprisingly THC is only active in your system for six to eight hours. As it travels through the body and breaks through the blood barrier, eventually it will enter into your liver.

Your liver does the dirty work, transforming most substances into metabolites. THC, in particular, is converted into a metabolite called THC-COOH. Unfortunately, this lovely compound is then stuffed into various fat cells and stored for later. Hence, why marijuana is detectable over three months later.

Naturally, laboratory analysis has been developed to account for this transformation. On the one hand, there are oral drug tests to swab saliva, testing for THC. On the other hand are urine and blood analysis, which test for THC-COOH. These analyses recognize that the best way to catch marijuana smokers is to check for the long-term metabolite stored in their fat cells.

What is Synthetic Urine?

Fake urine is developing at an equal pace to urine drug tests. As laboratory analysis gets increasingly sophisticated, so too do the substances contained in fake pee. A quality fake urine product will contain a full list of compounds commonly found in human urine. As urine test analysis evolves, fake urine companies aim to keep pace. New products will contain a longer and longer list of substances, aiming to more accurately replicate human pee.

So You Want to Know, Does Synthetic Urine Work for Lab Tests?

There is no way to unconditionally guarantee that you will pass your upcoming drug test with fake urine. There are a couple of different factors that can change the outcome. For example while many drug tests are done in the privacy of your own stall, others require monitoring.

Do you know what procedures your employer typically follows? If you face a monitored drug test, the amount of ‘faking’ required to use synthetic urine could risk more than just a botched drug test. If your employer catches you pretending, you will certainly lose your job.

Using fake urine requires a lot more finesse than merely pouring out your synthetic sample into the test container. In fact, did you know that a good urine analysis will test for temperature? Technicians might also look for a natural urine smell, and the formation of bubbles.

Notably, some people go all out when it comes to faking their urine. Some people rely on increasingly complex gimmicks to pull it off. If you start incorporating bladders, small heating units and tubes in your urine schtick, it is much easier to make a mistake.

According to the recent statistics, there are nearly 55 million annual drug tests performed in the United States. Considering roughly 90 percent of these tests are done through urine analysis, it’s not surprising, so many people are trying to fake it. Developing a consistently passable fake urine requires just as much research as the urine testing itself these days.

The best way to avoid failing a drug test is to stop smoking weed. But, with the length of time that weed stays in your system, up to 90 days in some cases, this is not always a good option. Urine tests are a handy product to have in a pinch and have a reasonable record when compared to other methods.

Detox kits are generally unhealthy to use and prone to failure. Therefore if you are going to fake your upcoming urine test, synthetic urine might just be your best bet. Just make sure to keep it warm beforehand!