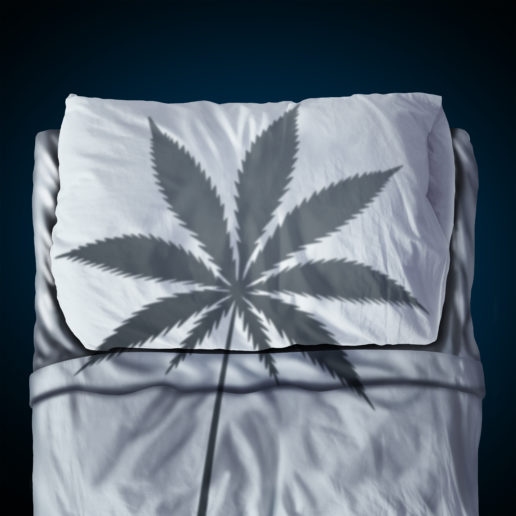 We all know that weed helps us to relax, unwind and drift often into the land of sleep, but a big new study throws a bucket of cold water over that idea. New research suggests that using cannabis is linked to a reduced quality of sleep, with smokers tending to both over-and under-sleep.

All of these statistics take into account other potentially influential factors, such as age, race, lifestyle, broader health, and recent use of other drugs. The study, however, did not look to explain why cannabis appears to be associated with a reduced quality of sleep.

The National Sleep Foundation advises that healthy adults need between seven and nine hours of sleep per night. However, it’s thought that over a third of people in the US are not getting enough sleep on a regular basis. This is particularly worrying since not getting enough sleep is associated with an unpleasant array of health concerns, ranging from obesity and diabetes to strokes and mental health problems. On the flip side, sleeping too much isn’t much better. Studies have linked frequent over-sleeping to high blood pressure, heart disease, obesity, diabetes, and even premature death.

Off the back of their new study, the researchers argue that more work needs to be done in exploring how cannabis user affects peoples’ quality of sleep. It also calls into question many new experimental treatments that look to cannabis as a possible aid to sleep problems.

“Increasing prevalence of both cannabis use and sleep deprivation in the population is a potential cause for concern,” the study authors explain.

“Despite the current literature demonstrating mixed effects of cannabis and various cannabinoid formulations on sleep architecture and quality, these agents are being increasingly used as both prescribed and unprescribed experimental therapies for sleep disturbances.”

“Our findings highlight the need to further characterize the sleep health of regular cannabis users in the population,” they continue. “Sleep-wake physiology and regulation is complex and research about related endocannabinoid pathways is in its early stages.”

What do you think about this study? Let us know in the comments!

One response to “Study: Weeed May Make Sleep Worse, Especially For Regular Users”