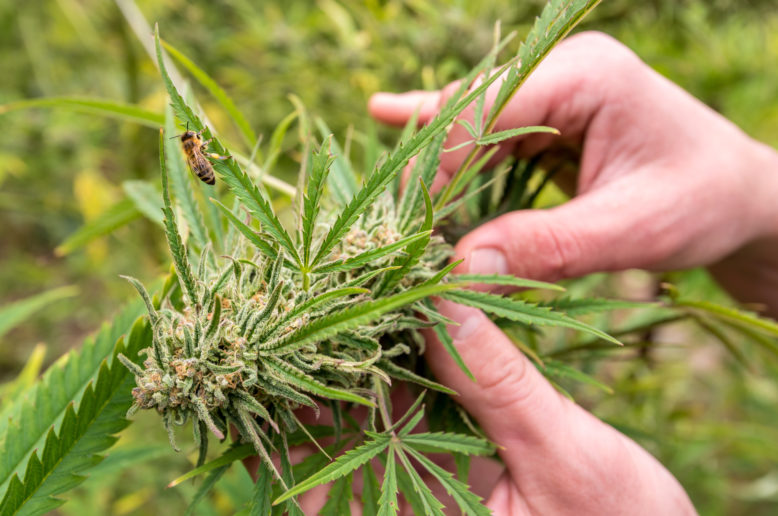 Study: Save Bees With Hemp Plants

As the magazine “GEO” reports, scientists at Cornell University in the US state of New York have recommended using the true hemp (Cannabis sativa), which is also called cultivated hemp, to combat bee mortality. According to this, 16 different bee species fly to hemp as pollinators.

Surprisingly, they are not attracted by colored flowers or fragrant nectar but presumably by the pollen of the male plant.

The study also shows that the bees are not interested in the pollen of the female plants – only these contain the active ingredient tetrahydrocannabinol (THC), which has an intoxicating effect on humans.

The New York researchers were able to show that although fewer bees buzzed into hemp fields that were located in a simple, less diverse environment, there were not fewer species. This is significant, as many bee species are threatened with extinction, and greater species diversity can improve the insects’ pollination performance.

The conclusion of the study: fields with cannabis could help to keep enough pollinators for crops in an agricultural landscape. With the increasing cultivation of hemp, this special value of such fields should be considered when developing crop protection strategies, the study authors conclude.

If you want to attract bees to your garden and preserve biodiversity, you can do so legally and easily:

By the way, wild bees are not the same as honey bees. It is mainly wild bees that are affected by bee mortality, because honey bees are well supported by beekeeping. Nevertheless, they are of course also worth protecting.