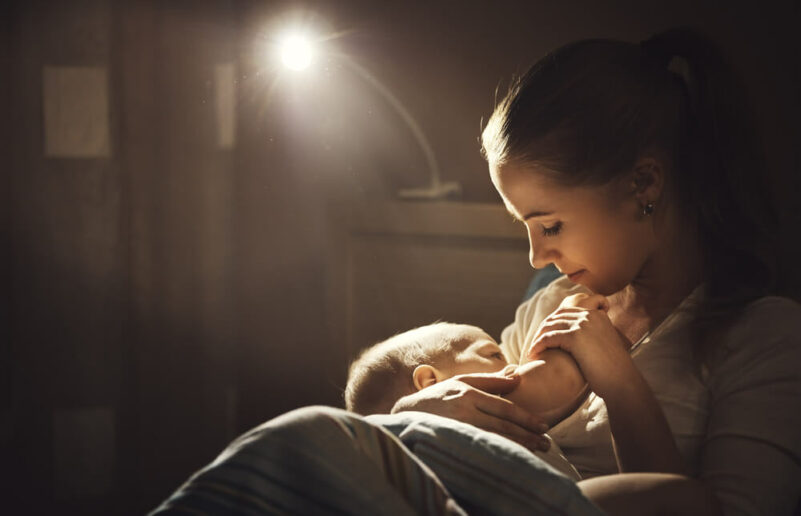 In January 2017 a study confirmed that cannabinoids occur naturally in human breast milk.

According to the findings of several major scientific studies, human breast milk naturally contains the same cannabinoids found in the cannabis plant, which are vital for proper human development.

Cell membranes in the body are naturally equipped with these cannabinoid receptors which, when activated support and maintain human health. Human breast milk is an abundant source of endocannabinoids, a specific type of neuromodulatory lipid that basically teaches a newborn child how to eat by stimulating the suckling process.

Dr. Melanie Dreher studied women using cannabis during their entire pregnancy and then studied the babies one year after birth. She found that babies of the women who had smoked cannabis daily during their pregnancy socialized more quickly, made eye contact more quickly and were easier to engage.

If it were not for these cannabinoids in breast milk, newborn children would not know how to eat, nor would they necessarily have the desire to eat, which could result in severe malnourishment and even death. Newborn children who are breastfed naturally receive doses of cannabinoids that trigger hunger and promote growth and development.

Observations of how babies act after being fed show they exhibit symptoms of cannabinoid use. As well as the essential function of stimulating an infants appetite, cannabinoids also help to calm and relax the baby. Cannabinoids are not, however, present in baby formula, which makes it far more inferior to breast milk.

Furthermore, a study on the endocannabinoid receptor system that was published in the European Journal of Pharmacology reported: “The medical implications of these novel developments are far reaching and suggest a promising future for cannabinoids in pediatric medicine for conditions including ‘non-organic failure-to-thrive’ and cystic fibrosis.”

This essentially means that the human body requires and produces endocannabinoids, as these nutritive substances play a critical role in supporting and maintaining human health.