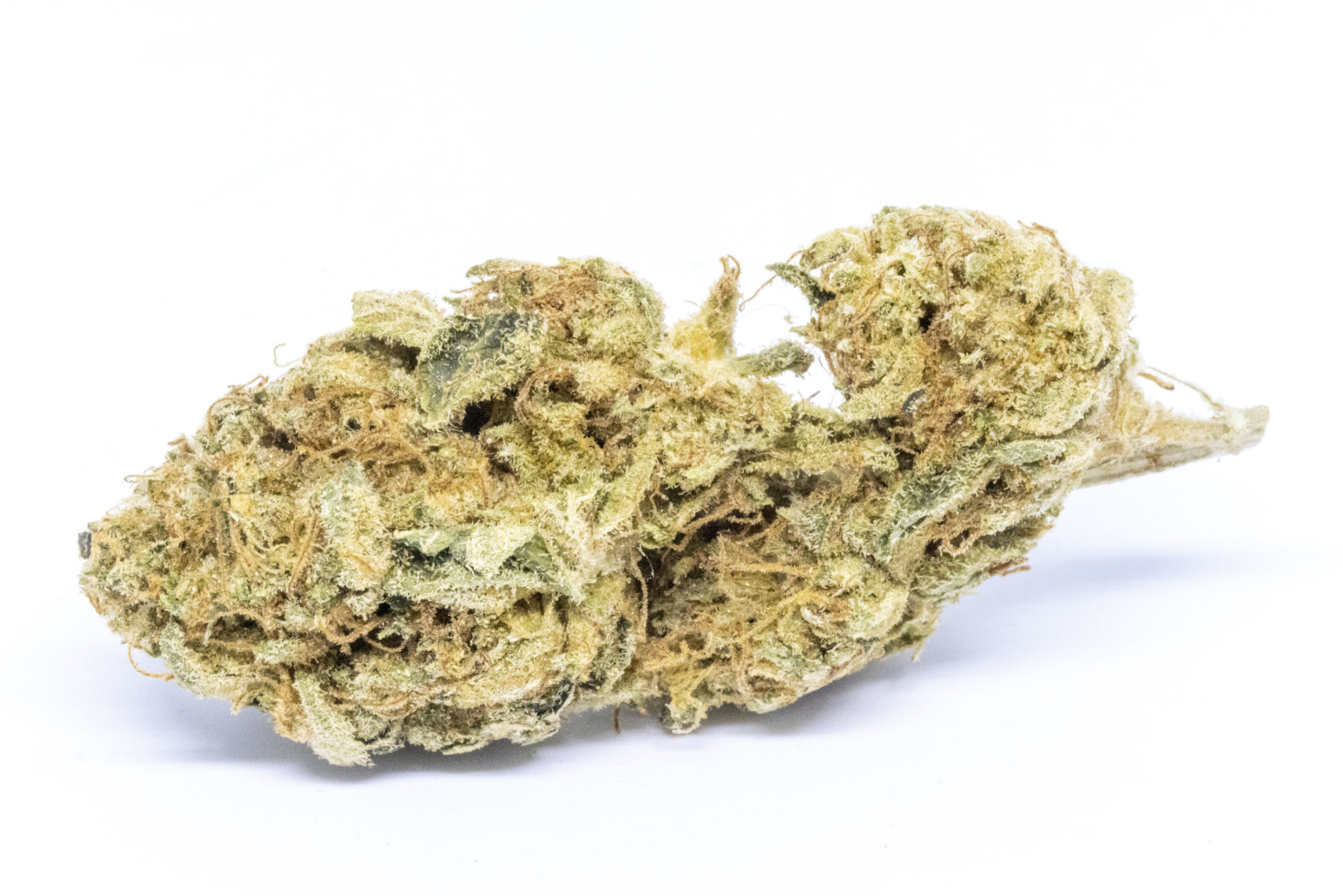 Wedding cake is developed by Seed Junkie Genetics. It is named after its wonderfully sweet creamy vanilla frosting that reminds of a wedding cake. It’s a name that stuck, before dubbed “wedding cake” by Jungle boys it was known as Triangle Mintz. A crossing from the Triangle Kush mother to Animal Mint’s father. Wedding Cake is also known as Pink Cookies because of the pink and purple hints of color with cookie-like aroma.

There are a few different phenotypes going around where some are very vanilla and sweet whereas others lean more to the earthy/dough and pine side. However always very pungent and sharp in the nose. Wedding Cake became popular around the world quickly and can be found regularly in the USA, Canada, and Europe. It quickly became a favorite strain of many and for good reasons.

A sweet and vanilla-like flavour that is pungent and hard to ignore combined with a citrus and pine background it makes for the perfect puff.

The Wedding Cake has different THC mesurements advertised and isn't officially tested anywhere often between 20 and 25% THC. We think however this is more close to the 18.

A relaxed somewhat uplifting high when used in moderate quantities but can trigger munchies and a more sleepy stoned effect when consumed in large amounts.