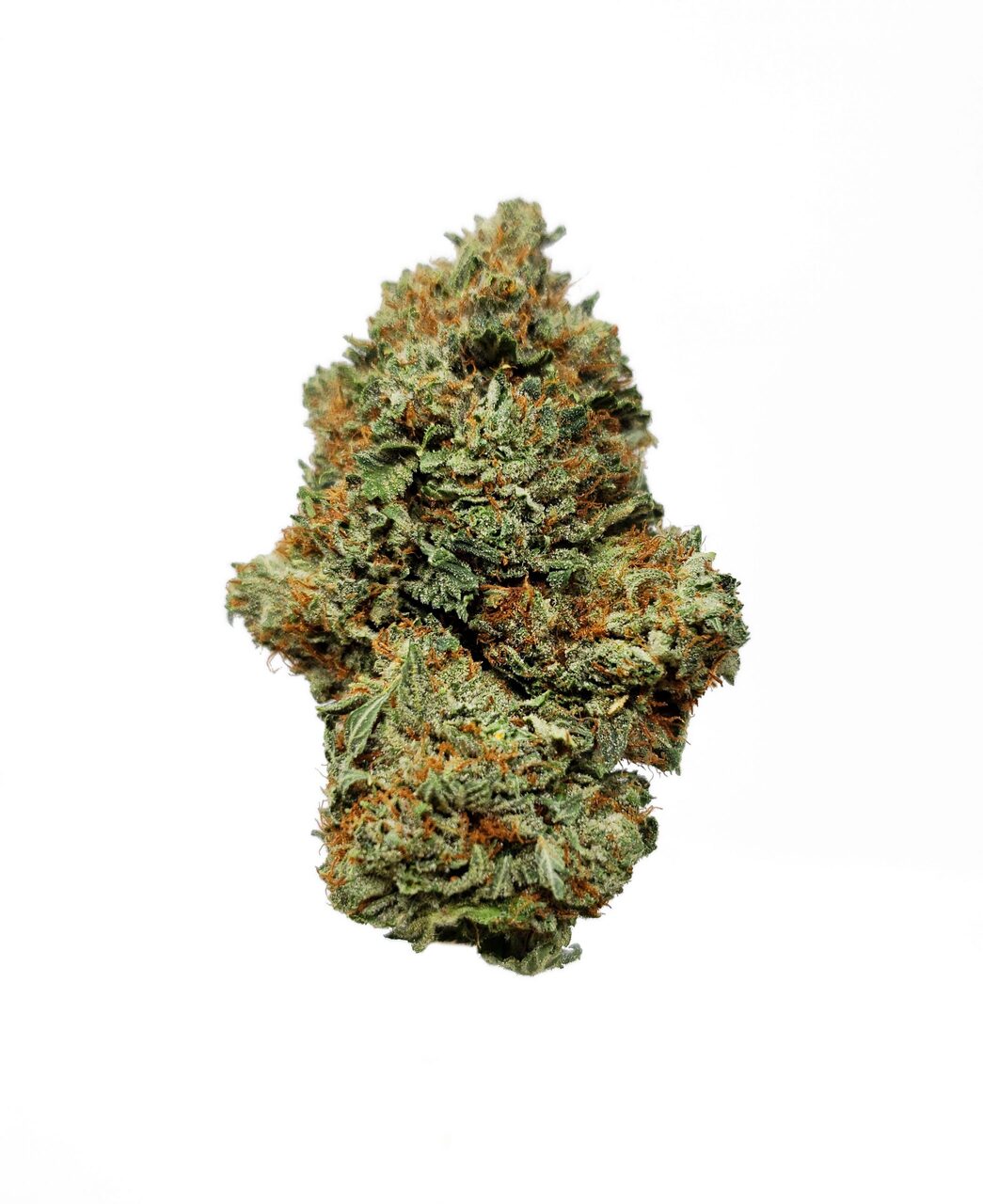 Prepare to be dazzled. There a Trainwreck coming around the bend! This hybrid is a sativa dominant strain with potent indica properties that create a balanced and clean high that offers the best of both worlds; relaxation and mental clarity.

Some say the name comes from its potency and that just a small amount leaves you feeling like a train just rolled right over you. Others believe that the name came from a story that depicts California cultivators pulling and relocating their entire crop a bit before it was time to harvest in the 1970s because a train wrecked near their fields and they were fearful of being “found out”. Others still believe that the cultivators paid homage to a notorious train wreck that occurred in their area that coincided with a very potent and high yielding harvest, forever memorialized by the name “Trainwreck.”

Whatever story you choose to believe, it’s time to get on board and hang on tightly.

Trainwreck is a very adaptable and versatile strain that can be grown indoors or outdoors quite well. Plants grow taller than usual, sometimes reaching heights of about 6 feet. They have strong, thick stalks and plentiful branches that will spread out and become quite thick and bushy, if not properly trimmed. It is highly disease resistant, but cannot handle moisture and humidity. If grown indoors, it is important to regulate and monitor levels in order to achieve a satisfactory grow.

In general, Trainwreck prefers to grow in a very dry and warm climate, but can adapt to grow in cooler environments as well. If grown outdoors where temperatures are more sporadic, it important to really tend to the plants, taking the time to notice any changes in growth habits. Regions that are prone to frost in the colder months are not good for this plant, as they are so full of resin that they cannot accommodate cold temperatures and any moisture setting on the leaves and flowers, so it is important to keep this plant warm and dry.

Many growers who are not growing in idea climates often prefer to grow indoors. If grown outdoors, harvest will come a little later than if grown indoors in a warm, dry, and controlled environment.

Trainwreck tends to be extremely resinous and full of milky white trichomes, easily visible all over the plant, including on the flowers and the leaves. Again, it is important to trim some of the larger leaves on the plant so that the flowers receive adequate ventilation and light.

When in its flowering stage, the leaves are thin, plentiful, and bright green. Buds are numerous and often begin right at the base of the branch, working their way up to grab as much light as possible. Buds are plentiful, fluffy, and covered in white trichomes. They are sticky and aromatic, smelling of pine with hints of citrus.

When smoked, Trainwreck remains true to it aromatic profile, tasting of pine with just a touch of lemon. The combination of the terpenes offers a bright and crisp flavor that many users find extremely enjoyable.

Trainwreck is the perfect balance of body and head high, sending you on a euphoric trip that conjures up feelings of ease and happiness, with creativity and an overall hazy feeling.

If you are looking for some warm fuzzy feelings, this is the strain for you. Many users say that Trainwreck is perfect for all day, every day use and that it helps them to maintain a sense of comfort, joy and silliness, all while feeling balanced, stress and pain-free.

It is important to note that Trainwreck tends to have higher than usual levels of THC, so be prepared for a powerful effect that can make even the most experienced canna user feel overwhelmed. Start small and work your way up so that you get a better sense of overall effect.

Trainwreck is the ideal compliment to whatever kind of day you might be having. Don’t’ shy away from this heady sativa. She won’t lead you astray.

Trainwreck is a top choice for many medical patients who live with chronic pain, anxiety, stress, and other mental health issues such as depression or PTSD.

It is a powerful relaxant and therefore helps to subside muscle cramping, spasms, overactive nerves, flashbacks, headaches, and anxiety. Many users report feelings of immediate relief after using small amounts of Trainwreck. They also noted that the effects were fast acting and long lasting, sometimes feeling effects for upwards of 5 hours later.

Users who suffer from loss of appetite or nausea from the harsh chemicals such as chemotherapy or radiation report that Trainwreck made them feel hungry and allowed them to eat.

Overall, Trainwreck is a go-to strain for medical users because it can be used during the day or in the evening. It is a versatile sativa strain that offers a calming, pain relieving body high with an underlying mental high that aids in creativity and energy.