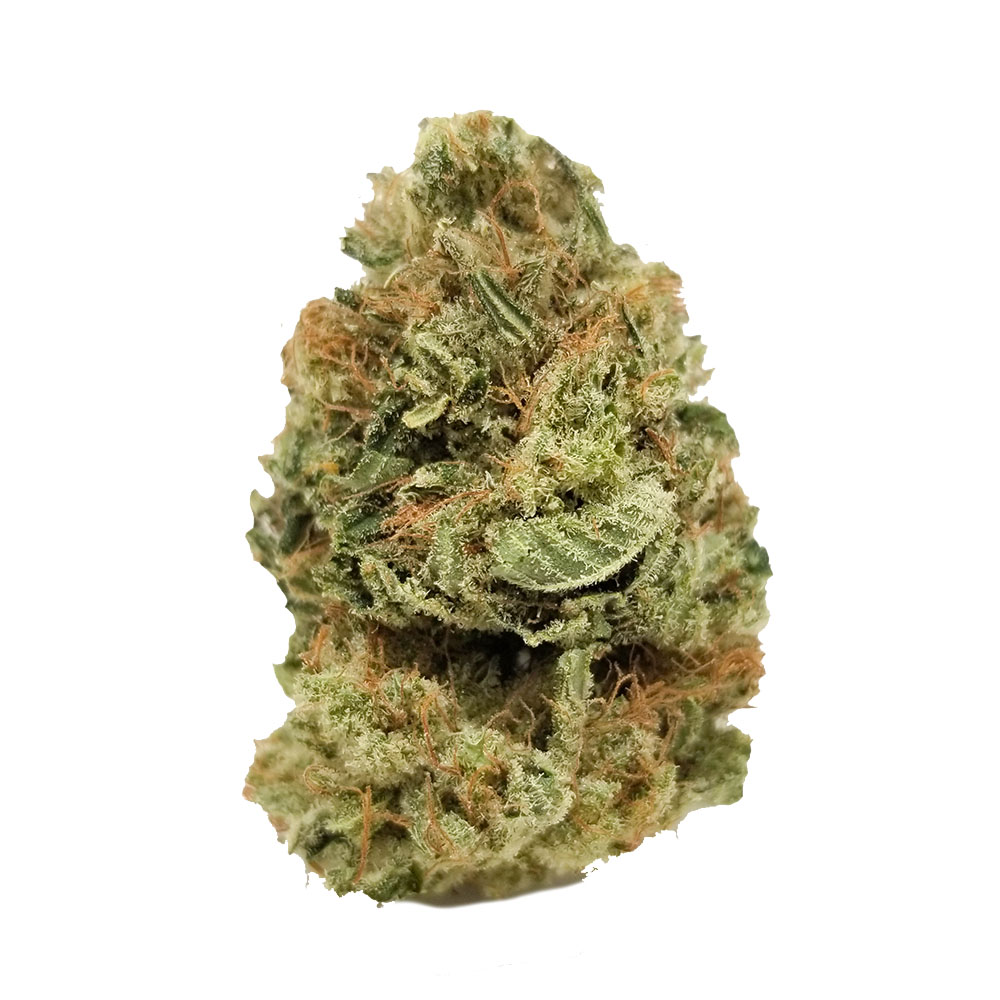 The Sour OG Kush resembles a love child coming from a perfect marriage. Bringing together the best of both worlds with a well-balanced, quick-hitting high, this strain is one of the few categorized in the “one-hit-quit” group. If you get your hands on this hybrid (50/50), don’t smoke too much: you just might turn into stone!

As mentioned before the Sour OG Kush is an even hybrid, which came to its inception after crossing a Sour Diesel with an OG Kush. While this strain isn’t the most difficult to grow, you shouldn’t choose to grow it if it’s your first time around. For those who do take a swing at it, the flowering stage will take them seven to nine weeks to complete. The height of the plant can vary a lot, growing anywhere between 30 and 78 inches tall. Expect a yield of one to three ounces per square foot indoors.

The compact, spiral shaped buds closely resembles the phenotype of the OG Kush. The strain sports khaki-green buds with milk-chocolate pistils. The trichomes on this strain are huge and covers the buds from top to bottom – a real sticky icky! A strong diesel scent radiates after crumbling Sour OG Kush buds. On your tongue you will still experience a dominant diesel taste which veers into pine tones and finishes with a fruity, citrus aftertaste.

Test results from BudGenius shows an average of 17% THC for the OG Sour Kush. CBD levels always came out varying between 0.22-0.64%. What should be noted is the high deviation of CBN levels which this strain has: your OG Sour Kush could have CBN levels anywhere between 0.05- 0.76%. CBN is a cannabinoid known for “changing” the high, which raises the question as to how much this deviation will affect the effect you are looking for in this particular strain.

The Sour OG Kush is quite the social weed. At almost an instant after taking a hit you will start feeling energized while getting in a talkative mood. A smile will appear on your face and not much later the giggles will kick in. The euphoric buzz that comes along with the Sour OG Kush makes it perfect for parties or other social gatherings.

The main medicinal use of the Sour OG Kush is to relieve symptoms of (social) anxiety. Other common uses have been to alleviate stress, gastrointestinal discomfort, depression and nausea. The medicinal effects have been described as fast-acting which comes without a mental strain, which is a property many patients frequently seek in their choice of strains.

The OG Sour Kush high does comes with a dry mouth. Higher doses may come with some dizziness.