As its name suggests, Snow White is a beautiful indica-dominant hybrid which came to life through the merging of the 1995 Cannabis Cup winner, White Widow and the indica Northern Lights, whose association has only recently come to light after many years of speculation. Bred by Nirvana Seeds, Snow White is a very aesthetic hybrid which would have no trouble passing off as Christmas decoration, and its dominant indica qualities are great for those looking for a nice relaxing high. However unlike the poisoned apple in the fairytale and other indica-dominant strains, smoking Snow White will not necessarily result in you falling into a long sleep, and will also provide you with a nice uplifting and enjoyable head buzz, making this is a uniquely well rounded indica-dominant strain.

Snow White is best grown indoors with a hydroponic setup and cultivated through the SOG system, however outdoor growing is possible if you have a warm Mediterranean climate at your disposal. The strain is really easy to grow for those with previous horticulture experience and usually tends to flower around 8-10 weeks, resulting in a beautiful tall and bushy plant which can yield around 400-500g/m2.

Snow White buds are big, dense and resiny and are also pleasantly fluffy. Although dark green in color, the darkness is countered by an overwhelming amount of pale resin which gives it a radiant snowy look, whilst its dark brown and red hairs are what makes it fluffy in appearance. Flavorwise the bud is earthy and citrusy and is complemented by a nutty and flowery sweetness, whilst its aroma is similarly something you would expect to find in a forest, being piney, earthy and sweet. Make no mistake though, Snow White’s aesthetics is the main reason behind its marketability.
cit

You will notice that Snow White will hit quite quickly, inducing a pleasant and soothing body buzz and a mellow head high. Thus you will experience feelings of euphoria, contentedness and creativity, making this a great strain to smoke when in a social setting. After a while you will notice that a body high starts to take over, however, unlike many other indica-dominant strains, physical relaxation is all that ensues and you will not be physically overwhelmed and locked to your couch. So if you want the best of both world's (them being relaxed and uplifted), then this is the strain to take.

Snow White is well respected for its medicinal uses, and its soothing qualities are said to bring relief to those undergoing chemotherapy and for those suffering from nausea and anxiety. It can also help alleviate stress and depression whilst inducing an appetite for those who struggle to eat food. The munchies here can be a lifesaver.

The most common side-effects tend to include a dry mouth and red eyes, but occasional stints of dizziness have been reported to occur. Don’t spin around in circles! 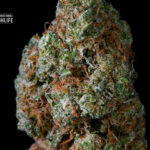 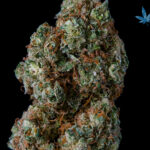 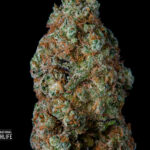 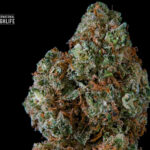 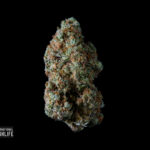