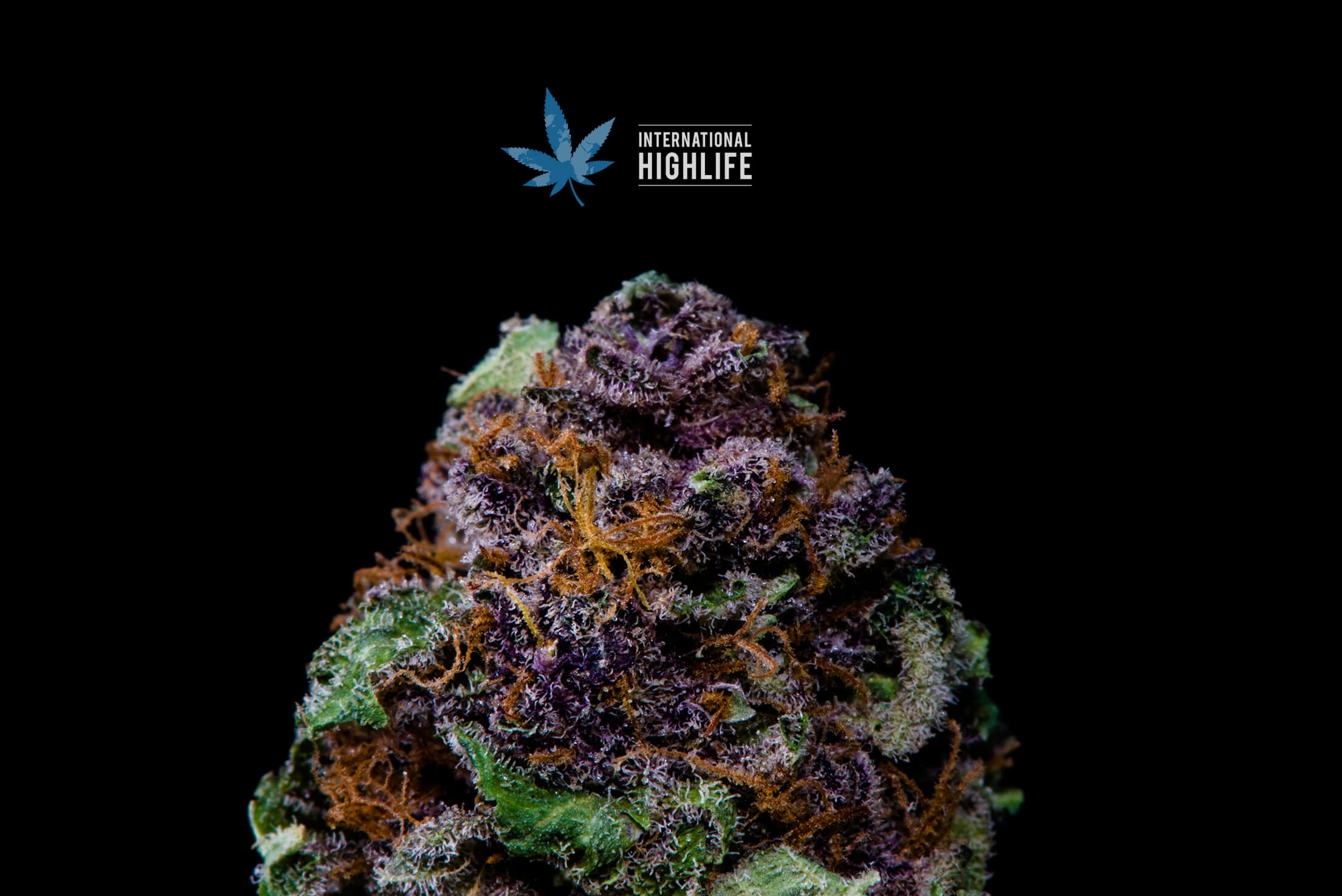 Purple ChemDawg is an Indica dominant hybrid which derives from the breeding of the notoriously popular Chemdawg and Granddaddy Purple strains. The cannabis equivalent of a Swiss Army Knife, Purple ChemDawg can be enjoyed for its enjoyable holistic effects and is ideal to smoke on a nice sunny weekend when you have nothing to do. But make no mistake, its main feature is its sedating high, so if you work in fast-paced environments like the New York Stock Exchange or Goldman Sachs, then probably not a good idea smoking beforehand; that is if you want to keep your job.

Owing to it being relatively new on the scene, Purple ChemDawg’s grow information is relatively vague and hard to come by, however, because of its biological similarity to its ancestor strain ChemDawg, the growing information is said to be quite similar. Given this is the case, be prepared for a moderately difficult grow process, with the plant flowering around the 7-9 week mark, being tallish in stature and producing yields between 500-700 g/m2.

The buds are dense and resiny and are predominantly light green with small tints of purple and are covered with fine white hairs. Flavorwise it has a sour grapey taste to it with a hint of blueberry which goes down smoothly when inhaling. In terms of its smell, it is similar to its taste and is grapey, earthy and has a hint of diesel. Overall, this hybrid is very pleasing on the nostrils and taste buds.

The effects hit relatively quickly and give off a slight buzz but one that is not too intense. You will then notice that the buzz begins to mellow, allowing for a really happy, dreamy and relaxing experience; especially with its sedating effects on the body. So if you have had a long day at work or are fatigued for any other reason, then this is a perfect strain to take. However owing to its powerful slumbersome effects, this is best taken in late afternoons or evenings. Failure to do so and risk being stuck to your office break room couch.

This product is ideal for those who struggle to cope with daily stresses as well as for those who suffer from anxiety and depression, also alleviating mild pain and nausea. It can also act as a very good stimulant for hunger, helping those with eating disorders. Additionally owing to its lethargic effect, smoking just before going to bed can help those who have trouble sleeping.

Its potent deep effects can induce slight paranoia for those who are not used to or do not enjoy overpowering sedating effects. But mainly the side effects compose of having a dry mouth, dry eyes and slight dizziness.

One response to “Purple Chemdawg”