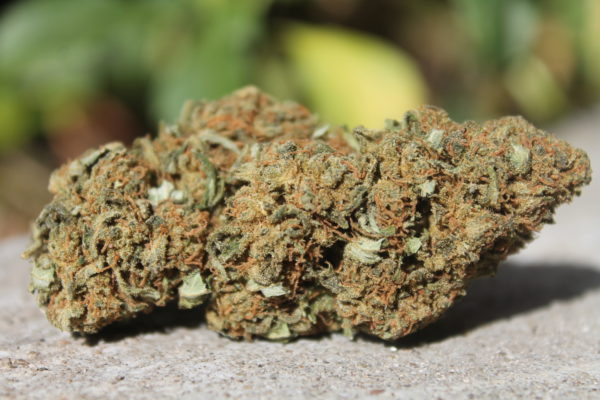 Harlequin was one of the first CBD dominant strains discovered in the United States. Originally breeders were hoping to create a cultivar for making hash. After the initial reports came back that the cultivar wasn’t actually getting people high, so the breeders had it tested. What they found was a larger than usual amount of CBD. Meanwhile, THC-levels were minimal compared to the popular strains on the market. Despite being different than almost anything like it, Harlequin soon became popular for its medicinal effects and unique appearance.

The hybrid is often referred to as Sativa dominant, but as most do, I believe it stands in a category all its own. Harlequin generally develops with THC levels around 7-15% and total CBD testing between 4-10%. It is a cross between Colombian Gold, Thai Landrace, and Swiss Landrace strains and can be grown by novice cultivators. In around 8 to 10 weeks Harlequin will flower, and since CBD degrades as THC develops, it is best not to over flower this one. Indoors she will yield around 25 ounces per square meter. Outdoor growers will yield approximately 21 ounces per plant. Harlequin does like a warmer climate but humidity should not reach over 50%. During flowering regular trimming is also a good idea as it can regulate airflow throughout buds while growing.

Harlequin is most recognizable by the long, dark orange pistils growing bountifully throughout each dark green bud. Seriously, the first time I rolled Harlequin up in a joint it looked like it was made entirely of pistils. The scent of the cured flower resembles a rich, earthy patchouli sitting in deep undertones of frankincense. When inhaled, that same patchouli musk overtakes the palate accompanied by airs of sandalwood.

Since the THC content is so low in Harlequin I like to tell people that you don’t really notice the effects until they wear off. The cultivar will almost immediately begin to dissolve the muscle tension and achiness our bones may be carrying. As pain relief is distributed throughout the system Harlequin will dismantle anxiety. What it doesn’t do is get me high, there is very little to no psychoactive effect noticeable after vaping, smoking, or ingesting products made with Harlequin. It is completely clear headed with a warm body high that you’ll notice most once it starts wearing off and those nagging aches and pains come creeping back.

Because it is low in THC and high in CBD, Harlequin is often utilized for its medical benefits. In patient reviews of the cultivar on Leafly one testimony claims that Harlequin helped treat the symptoms of gastrointestinal inflammation and bleeding. Another testimony claims that this cultivar was beneficial in treating multiple co-morbid mental disorders including Bipolar Disorder Type 1. Harlequin can also be valuable in easing symptoms associated with chronic pain, muscle spasms, anxiety disorders, heavy stress, and wasting disease.

Some people are turned off by the low-THC strains. Because of that, I’d say that a side effect is that you don’t get ‘high’. For people that are hoping to feel that high effect and don’t consider themselves ‘sick enough’ for a CBD strain, don’t discount Harlequin. Instead of writing it off, consider topping a bowl with hashish, kief, or even wax to kick up the THC. Very sensitive individuals could feel lethargic after smoking, dabbing, or ingesting Harlequin.