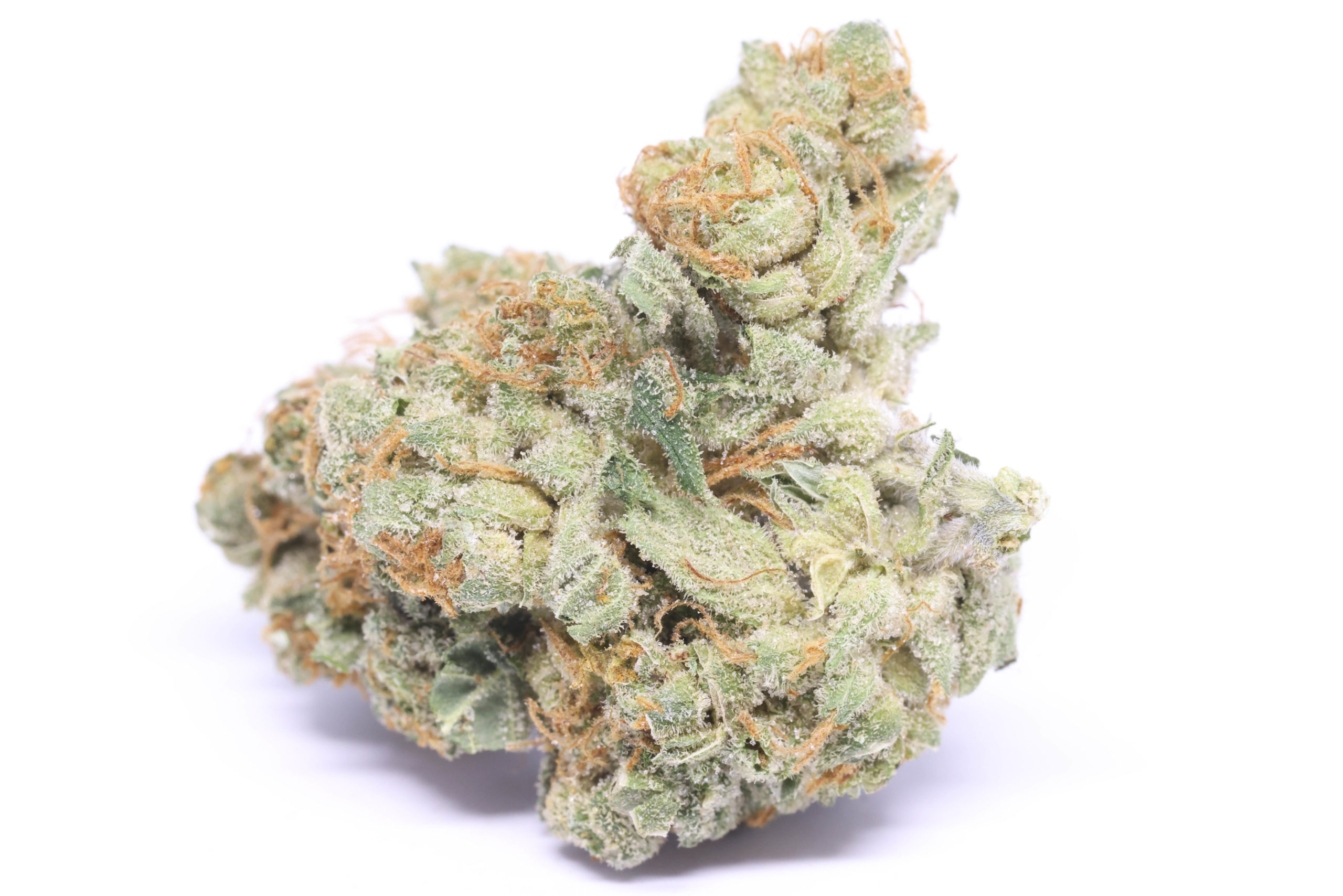 Ghost Killer is a strain that combines the two parents Ghost OG x Natural Born Killers. It’s an amazingly potent strain that is leaning heavily to the indica side. It’s a strain that is often seen in dispensaries trough out the USA. Reportedly this strain is on the regular available at Essence in Vegas.

You can expect a nutty and woody/earthy and somewhat spicy aroma from this amazing-looking lady. Her amazing dark greenish hue goes well with the pine-shaped buds. You can find fox tailing now and then when she is given enough room to flourish. Yield isn’t the best with a somewhat flowery bud structure. Its THC percentage makes up for that trough.

Being mostly indica she does give a mixed high. In the beginning, she can give you a relaxed and somewhat uplifting effect that can turn into a more of a narcotic high. Munchies aren’t too bad for this strain for some reason despite having pretty high THC percentages.

A pretty woody taste that's combined with some earthy tones. Contains a good amount of spiciness that can be described as pepper.

Test data suggest that the Ghost Killer contains between 24% and 26% THC not much is known about its other cannabinoids.

A nice uplifting high that stimulates euphoric feelings when consumed in small amounts. In large amounts can turn into a narcotic high.