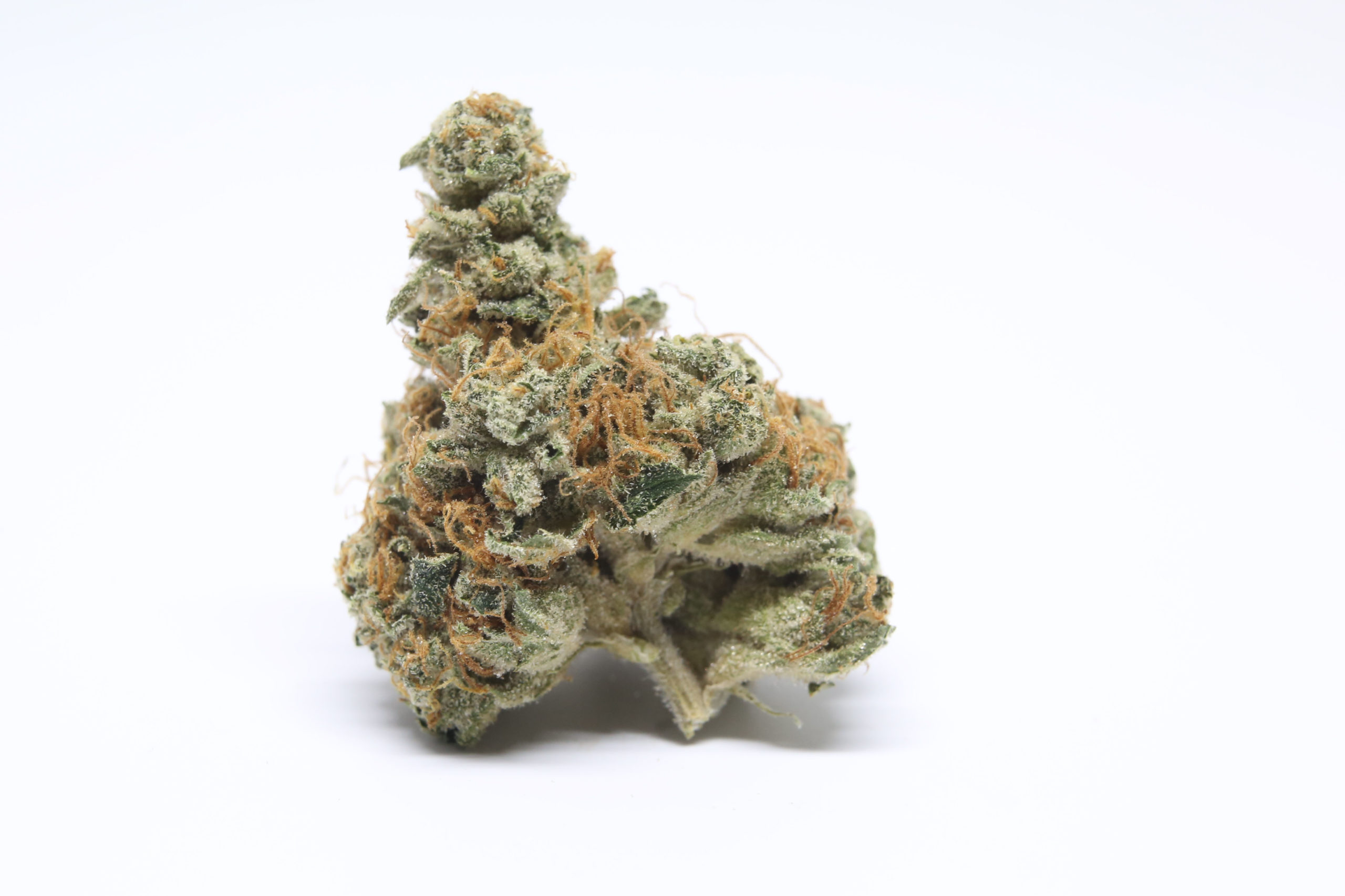 A heavy-handed indica hybrid, Fire OG is possibly the most potent of the OG family. This strain provides a pungent citrus, lemon, and earthy bouquet which delights the senses. However, Fire OG’s claim to fame is the frosty, trichome covered buds which provide a potency best suited for medical patients with a higher tolerance.

As a 70/30 indica dominant hybrid consumers can expect this strain to be relaxing, sedating, and provide a strong, long lasting body effect. Fire OG is most often recommended for nighttime use.

Growing Fire OG is not for the novice, and typically won’t be found in many home grows. This strain can be difficult to produce quality yields, as it requires knowledge and experience with advance nutrients and feeding. The plants should also be pruned and topped for maximum yields. While Fire OG can handle colder temperatures, it is highly sensitive to moisture and mold.

Because Fire OG is such a sensitive plant, it performs best indoors where the environment can be controlled and monitored.

Steep Hill Labs provides a cannabinoid and terpene profile for this strain showing the extremely high range of THC averaging between 18-24%, with only trace amounts of CBD to counter the psychoactive effects of the THC, this strain can be very cerebral. Other trace cannabinoids can include relatively high amounts of cannabigerol, or CBG, which is uplifting and healing, as well as, THCV, CBL, CBC, and CBN.

High levels of myrcene may contribute to the potency of Fire OG, however, caryophyllene also contributes to pain relief and inflammation control. Other trace terpenes include limonene, linalool, and pinene.

The initial onset of effects may include a boost of euphoria and energy, however, it will quickly fades into a relaxing and sedating body effect which provides intense sedation which may have a tendency to linger for up to 3 hours.

Clearly, this strain is best suited for night time use. Typical side effects include dry mouth, dry eyes, slight dizziness, or mild paranoia. Some consumers have reported headaches as well.

Like many indica varieties of cannabis, Fire OG provides help with persistent pain, insomnia, and fatigue. In addition, Fire OG can also help treat the symptoms of stress and depression. In fact, this strain may alleviate the symptoms of multiple ailments including arthritis, loss of appetite, migraines, nausea, and PTSD.

For new patients, it may be wise to ease into a strain as potent as Fire OG with micro-dosing. Often with strains as potent as this one, the mantra “Less is more,” is often true.