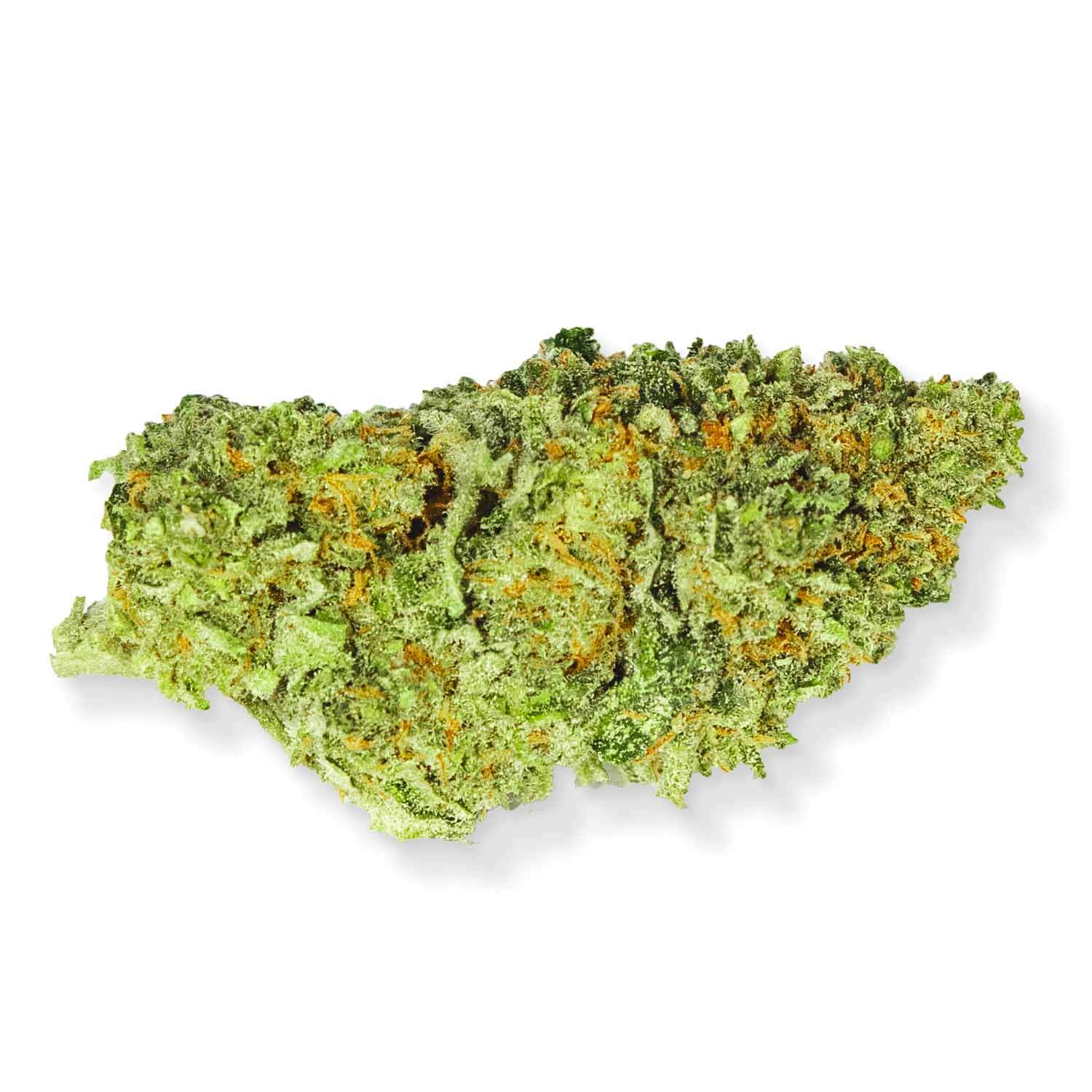 This is one of those cannabis cultivars that we don’t see on the shelf of every dispensary. That could be because it isn’t the easiest plant to grow. Or maybe it’s because Banana Kush doesn’t test in the high 20% when it comes to THC. Whatever the reason, Banana Kush is a strain that you’ve got to grab when you see it. Because, honestly, it might be awhile before it comes around again.

Banana Kush is an indica hybrid with heavy, sedative effects. This cultivar is a cross between OG Kush and Banana coming to us from California. Some growers cite Banana Kush as easy to grow, but it does take a bit of pruning and extra care to get a good yield. Because of this, I’d recommend Banana Kush for Graduate-level growers. The harvest will be about 18 ounces per square meter and flowering will last anywhere from 8 to 9 weeks. To get the best yield, be sure to prune and pull fan leaves regularly.

Aromatically, Banana Kush is subtle but memorable. Buds will be a light forest green and sprinkled lightly with orange hairs. The terpene profile creates a pine-filled scent with undertones of banana. When combusted, vaped, or dabbed, Banana Kush takes on the same banana-pine flavor but with the slightest touch of tropical fruit. The nugs are structured with bulbous calyxes that converge into small pine tree shapes. Buds won’t be huge but they will be frosted with trichomes.

There are a couple of test results available for Banana Kush. Analytical 360 posted test results in January 2015 for Banana Kush with a total of 22.28% total THC and a combined 0.96% activated ∆9THC + ∆8THC + CBN + CBD + CBG + CBC. They also detected around 1.65% terpenes in the cannabis flowers. Of the many terpenes that have been discovered, Banana Kush is predominantly made up of humulene, terpinolene, caryophyllene, and myrcene. CB Labs tested Banana Kush one year later and detected a total of 21.07% total cannabinoids.

Right after smoking this dense Indica strain expect a slight brain buzz accompanied by euphoria and a delightful release from depression. When I medicate with Banana Kush it only takes a couple of minutes for that brain buzz to slowly melt through my entire body. Along with that buzz comes a relief from muscle tension and joint pain. The happiness remains as we mellow into the slightly cerebral, heavy hitting Indica cultivar.

Because of the very heavy, sedative effects Banana Kush is used by a lot of people to treat insomnia. It can also be effective for those treating anxiety and chronic or immense stress. The euphoric buzz combined with the release of stress and anxiety makes this valuable for someone who is dealing with depression. It does have some pain relieving qualities which means that Banana Kush a good option for anyone treating symptoms of chronic pain. Another common use for this cultivar is to relieve nausea.

Almost everyone gets a little bit lazy from Banana Kush, so be sure to have things finished for the day if you’re susceptible to couch lock. It can also create a very dry eye which makes eye drops a must. Some also report dry mouth, paranoia, and dizziness as possible side effects from this cultivar.