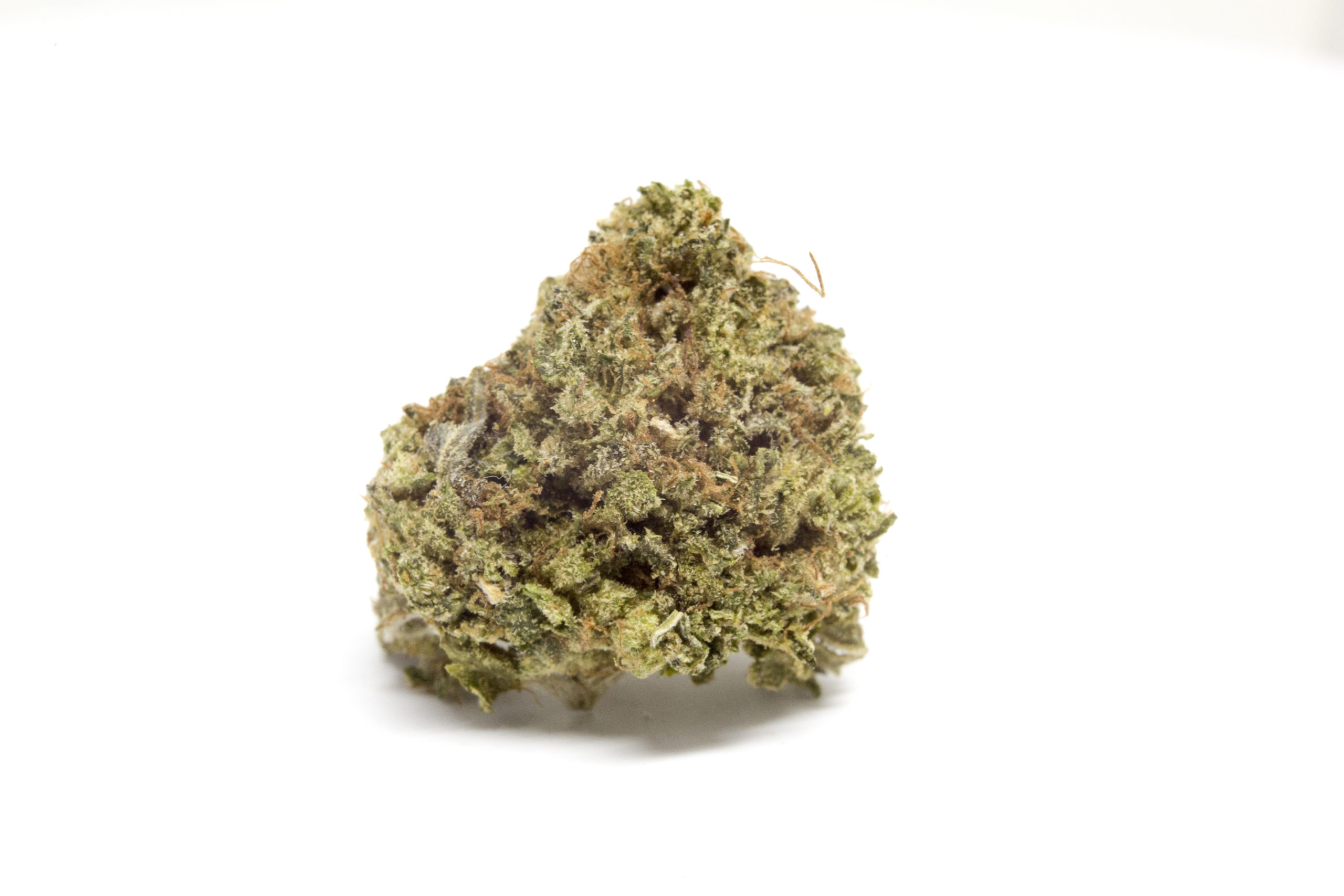 Like the name suggests, Alien OG is an “out-of-this-world” strain, which is highly sought after by veteran cannabis consumers. This extremely potent, balanced, but slightly Indica-dominant strain carries a heavy-handed THC potency.

A classic scent, reminiscent of its OG Kush heritage, Alien OG wreaks of lemon scented pine trees. Fresh and uplifting, while warm and relaxing. Alien OG will help melt away the pains and stresses at the end of the day.

As mentioned, Alien OG can be somewhat difficult for novice growers. Although this plant has short flowering time of just 8 weeks, it requires a lot of care and attention. The plant can be started from seed or clone and will grow well hydroponically, in soil, indoors, or outdoors. However, Alien OG will require ample nutrients and heavy feedings to produce its typical high-yields and potency potential.

In addition, the dense buds are prone to mold in high humidity conditions, and plants need to be topped at the appropriate time to boost yields and create the desired bushy appearance. Indoors or out, Alien OG requires a consistent temperature between 68 and 80 degrees.

Steep Hill Labs provides a breakdown of the typical cannabinoid content of Alien OG. With a range of THC potency between 20-28% and very little CBD, this strain will have significant cerebral effects. Other trace cannabinoids include a dominant CBG, along with THCV, CBC and CBL.

The strongest two terpenes typically expressed in Alien OG include limonene, which accounts for the lemony-fresh scent, and also provides a plethora of benefits; as well as, myrcene, which attributes to the potency and bioavailability of THC.

Consumers should expect this strain to deal out a heavy indica body effect, relaxing the muscles, body, and mind. Don’t expect to get much done with Alien OG because it typically comes with strong couch lock and laziness. The perfect strain for getting the healing rest you need when you’re injured or ill.

With a strong cerebral buzz, most patients experience a euphoric, dreamy effect. However, as with all THC-heavy strains, overconsumption or pre-existing anxiety may cause uneasiness such as paranoia, dizziness, or anxiousness.

Preferred by veteran consumers, because of its potency, new cannabis consumers should approach this strain with caution. However, because of its blend of cannabinoids and terpenes, Alien OG has been shown to have positive effects on stress, depression, chronic pain, and insomnia.

With its cerebral effects, multiple mental disorders may benefit from the uplifting effects of Alien OG. Anxiety, bipolar disorder, depression, PTSD, and stress are just a few of the conditions which can benefit from the relaxing effects of this strain. This strain may also increase appetite, reduce nausea, and help with migraines.