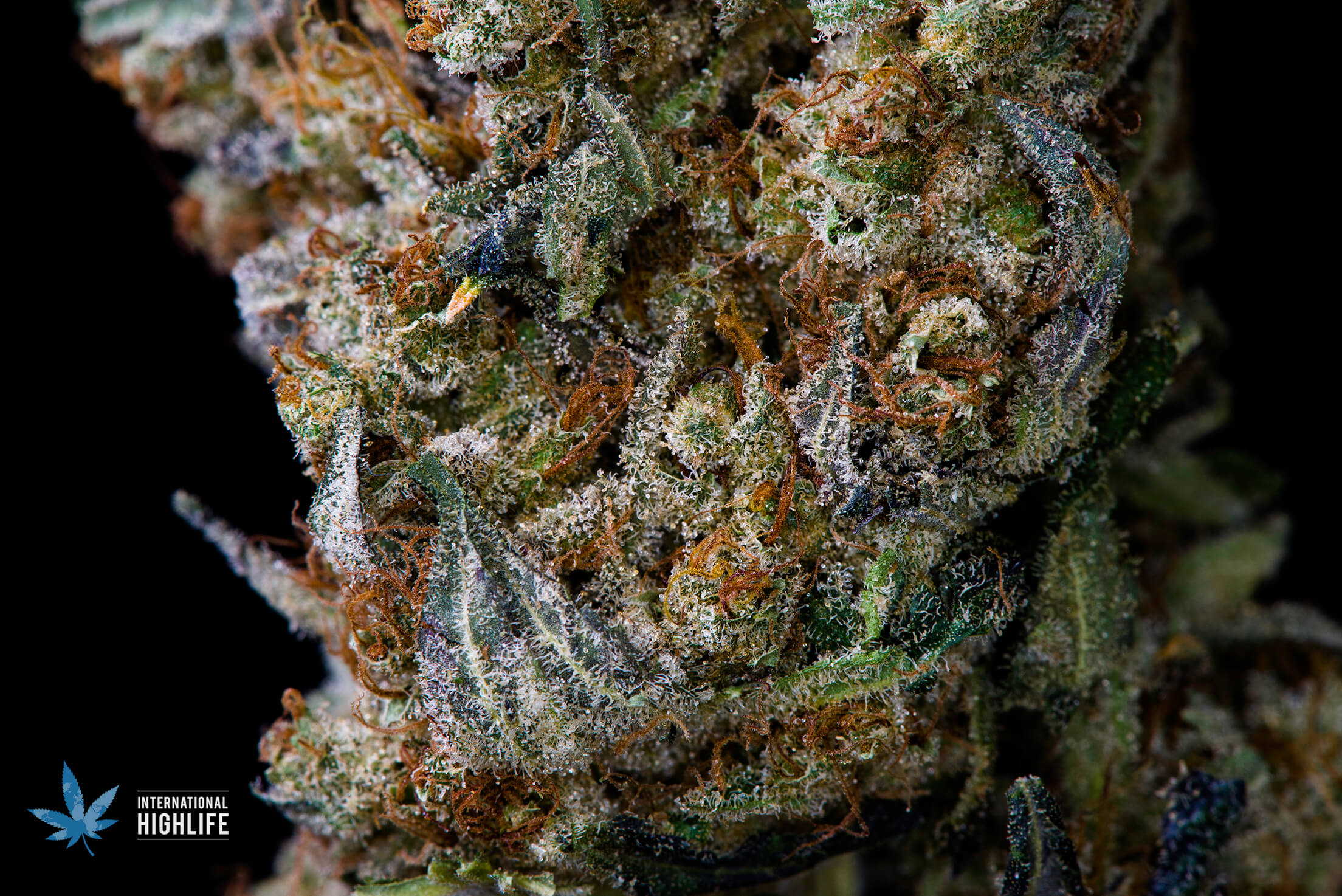 What do you get when you cross two award-winning strains? A bud definitely worthy of its own spot on the top shelf. Because of that, you shouldn’t be surprised at the popularity of the 24K Gold, also known as Kosher Tangie or simply 24K. Both the buds and hash of the strain delivers an over-the-top tasty smoke accompanied by a long-lasting, happiness-inducing high. Bred by the crew of DNA genetics this strain won’t disappoint!

The 24K Gold is the result of crossing Kosher Kush with a lovely Tangie. Even though the 24K Gold is in Indica dominant strain (60%), its plants tend to stretch for a good four weeks before slowing down. Allow a good nine to ten weeks of flowering before harvesting. Generally the 24K Gold is a high yielding crop, producing around 500 grams per square meter indoors. You may choose to grow the 24K Gold outside if your plants can stay warm and get loads of sunlight; harvest in late October.

24K Gold buds are dense and sphere-like in shape, pale spring green in color and have a mix of dark orange pistils and icy white trichomes covering the exterior. Flavorwise the smoke tastes very fruity and tangy when inhaling and peppery when exhaling; although some people have reported the flavor to be quite bitter. Its aroma also encompasses tangy traits and gives off a pleasant citrus and orange smell, and on closer inspection, you might notice a whiff of pine and musk loitering around.

Test data shows a lot of varying levels of cannabinoids with the 24K Gold. While sometimes THC tested as low as 16%, THC levels of up to 24% is not unheard of. In that regard, be sure you are getting your bud from a reputable source if possible. CBD levels always seemed so low that you may disregard their presence.

Most will agree that smoking herb will make you happier. Even so, the effects of the 24K Gold are above average in that respect. Expect elevated levels of happiness, relaxation and euphoria after taking a few puffs. Even though a slight Indica dominant, the Sativa side does show its face by inducing an almost full cerebral high. Sparking up the 24K Gold on a lazy Sunday afternoon is highly recommended, be sure to have your favorite tunes playing in the background!

Because of the before mentioned effects, the 24K Gold seems to work best at combating stress. The strain also appears to do a solid job at alleviating nausea. Furthermore, the 24K Gold may help with (chronic) pain, anxiety and depression, but you may want to look for an alternative strain if they are your main complaints.

The 24K Gold is sure to leave you with a cotton mouth so be sure to have plenty of liquids on hands. It also comes with dry eyes but that seems to be less of a problem than the dry mouth.