Marijuana Withdrawal: What Happens When You Stop Consuming Weed 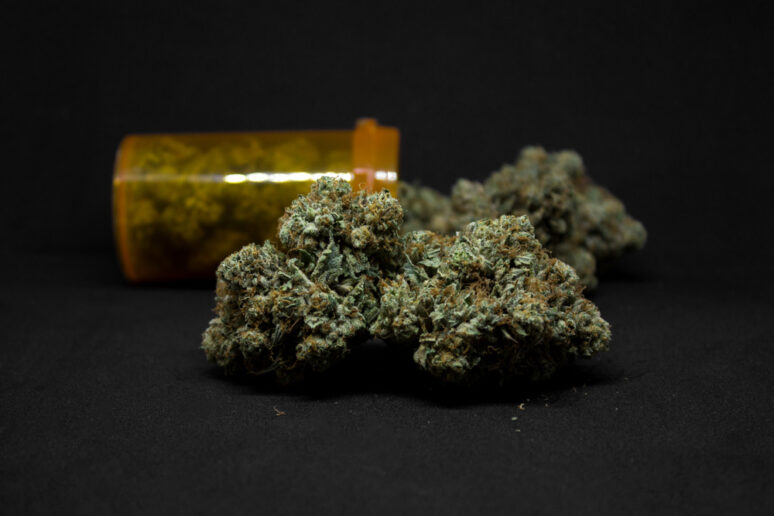 Marijuana Withdrawal: What Happens When You Stop Smoking Weed

Recently we read an article from Vice with the title, “Weed Withdrawal Is a Real Thing And It’s Hell.” We usually link articles that we quote, but we don’t want you to waste your time with this one since the title is highly exaggerated. Anyway, we thought that we had to create an article that covers this topic in an honest and real way; no clickbait and no fake news. We will explain if weed withdrawal is a real thing and examine the possible marijuana withdrawal symptoms.

Have you ever considered what would happen if you stopped smoking weed? Most smokers don’t think that weed withdrawal is a thing.

As per the latest numbers, only 2.5 percent of all cannabis consumers have a cannabis use disorder. It’s important to note that almost all individuals already have issues with other substances, behavior issues, or disabilities. Whether it’s a problem for you or not, a weed withdrawal can be real. I should know because I experienced it a few years ago.

I don’t think I was ever considered a huge pothead, even in my early twenties, when I smoked weed nearly every day. After all, I never smoked at school, and I never smoked at work. I tended to only smoke for recreational and social reasons. Everyone was doing it in my social circle, and so was I. Eventually, as many cannabis users experience, the euphoria of smoking weed turned into paranoia. It slowly dawned on me that weed wasn’t as fun as it was anymore.

This realization convinced me that maybe I needed to cut back or take a tolerance break. It was only months later that I thought about the weed withdrawal symptoms I had experienced. My experience was extremely mild in comparison to the stories from other medicinal cannabis users or chronic users. We spoke to many different people about this subject, and it became clear that the more someone consumes, the heavier the symptoms are (by trend).

The Symptoms of Marijuana Withdrawal

Looking back, the first thing I noticed was a difference in sleep patterns. Although I never considered myself an insomniac, I did use cannabis as a sleep aid. When I went cold turkey, suddenly, I was sleeping much more deeply. This was one of the first signs that I was weaning weed out of my system.

The second weed withdrawal symptom I experienced was incredibly vivid dreams. Until this point, I hadn’t realized that I had almost entirely stopped dreaming during my time as a daily pot smoker. It was like I went from dead air to dreaming in technicolor. For me, these were a positive development, but as reported by others – they can develop as nightmares.

Heavier users and those with a legitimate dependency (physical, emotional, psychological) may experience more severe withdrawal symptoms. A study of 469 cannabis users trying to quit showed that almost 30 percent relapsed due to the severity of the issues. The most commonly reported issues were boredom, anxiety, irritability, increased cravings, and sleeping problems.

If the withdrawal symptoms are sometimes challenging, you might wonder why anyone would stop using it. We all know that weed comes with many medicinal benefits, but some people also experience the negative side of cannabis. The side effects of weed, when abused, are a decline in concentration, increased anxiety, paranoia, and sometimes problems with learning.

What Do the Experts Have to Say About Weed Withdrawal?

In another study published in 2010, entitled Assessment and management of cannabis use disorders in primary care, withdrawal is a complicated issue. For instance, many smokers regularly combine tobacco with cannabis, rolling spliffs. If they quit cannabis, they also quit smoking tobacco. Understandably, their nicotine withdrawal compounds the cannabis withdrawal symptoms.

Another issue highlighted by one of the authors of the study is caffeine consumption. Many weed smokers tend to consume far more caffeinated beverages than the regular person. Likely this is because they need to combat the sedative effects of THC. The authors of the study note that insomnia from cannabis withdrawal may be from excessive caffeine consumption.

So, some people might experience marijuana withdrawal symptoms because of their dependence on other substances. Other people with an underlying mental illness may have more substantial signs of withdrawal than their peers.

The weed-associated symptoms (vivid dreams, insomnia) should peak around day two or three after no cannabis consumption. After another two to three weeks, all signs should dissipate. I know in my case, my symptoms were considered mild in comparison to what some people experience. I only really understood my symptoms in hindsight, not as they were occurring.

Is There Anything You Can Do To Prevent Marijuana Withdrawal?

Granting some of the most problematic withdrawal signs are linked to caffeine and nicotine consumption, don’t quit them all at once. First, reduce caffeine consumption to a reasonable level. As you are still smoking weed, you’ll feel more drowsy, but that’s so much better than insomnia issues in my books.

Once you are down to two or three cups of coffee a day, it might be time to kick the nicotine habit. In less, of course, you plan to continue smoking cigarettes after quitting weed. Just keep in mind, cigarettes are a proven health risk, and weed has never been linked to severe health issues. Plus, if you quit smoking tobacco, cannabis might help you kick the habit successfully.

Finally, experts recommend slowly reducing your cannabis consumption over a few weeks. Going cold turkey will most likely trigger a rapid onset of powerful symptoms. They also suggest delaying your wake and bake session as long as possible, perhaps aiming later and later each day.

The study’s authors mentioned earlier did have one crucial thing to say to people trying to quit cannabis. They stated that “Our experience is that providing a patient with information about withdrawal symptoms may help them prepare for discomfort. This means, since you already read this article, you are that much closer to managing your withdrawal if you ever have to stop or want to take a tolerance break.

34 responses to “Marijuana Withdrawal: What Happens When You Stop Smoking Weed”